Thanksgiving Turkey and Connections with the Past 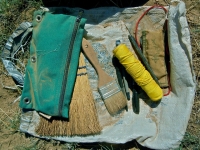 While modern turkeys are enjoyed today across the world as a food source, they have diverse, and still not totally understood, origins.

Turkey is a big part of most Thanksgiving celebrations. While most people take a traditional approach to cooking their turkey, my wife, Jill, and I have experimented with many different themes, from East Indian–inspired dishes to smoking with mesquite. I’ve wondered for a while about the history of turkey and how it connects to Native peoples here in the United States, particularly near where I live, in Tucson.

A few summers ago, Jill, who is a geologist and archaeologist, and our friend Susie Smith, a pollen expert, were walking down an arroyo (a term in the US Southwest for an intermittent stream wash) in the Fence Lake region of western New Mexico. Jill was conducting some of her dissertation fieldwork by looking for exposed ancient features (such as ancient fire pits for cooking or food storage pits) in the eroding arroyo walls. These features had been constructed by the ancient Native inhabitants of the region and may be hundreds or thousands of years old. Susie was with her to study the surrounding vegetation and help with some pollen sampling. As they walked down a deep, wide arroyo, they spotted something white poking out of the eroding sidewall up ahead. Upon closer examination, they discovered it was a pit feature with bleached animal bones, exposed by erosion. They thought it might be a dog burial, but when Jill emailed a few photos a few days later to our friend Barney Pavao-Zuckerman—a noted animal bone expert—Jill learned that the bones were probably turkey. Because the feature was at risk of destruction by natural arroyo bank erosion, Jill contacted the appropriate agency archaeologist to apply for a permit to excavate the feature.

By fall, the permit was in place and Jill recruited me and our dog Zoi to help excavate it. I’d previously helped Jill with her dissertation research by digging geologic pits and had enjoyed seeing some of the neat places Jill and Zoi had spent countless months exploring and collecting data. Jill had a great place to camp away from it all and had planned great rustic meals (foods that could be prepared easily and expediently in our small camper at the end of a long day, variations of tortillas, hatch green chile, and grilled chicken), so I was happy to head out for a week and offer manual labor. Jill and I did the digging while Zoi kept a close eye out for rabbits, deer, and lizards between naps under a nearby tree. It took a couple days of hard work to excavate the feature down to the level of the animal bone, but we got there. After analysis, it turned out that the pit feature dated to approximately AD 900–1150 (what’s referred to as the Pueblo II period) and contained the remains of seven articulated turkeys of ages ranging from poults to young adults. This suggested the pit had been used to dispose of turkey carcasses beginning in the spring and ending in the fall. 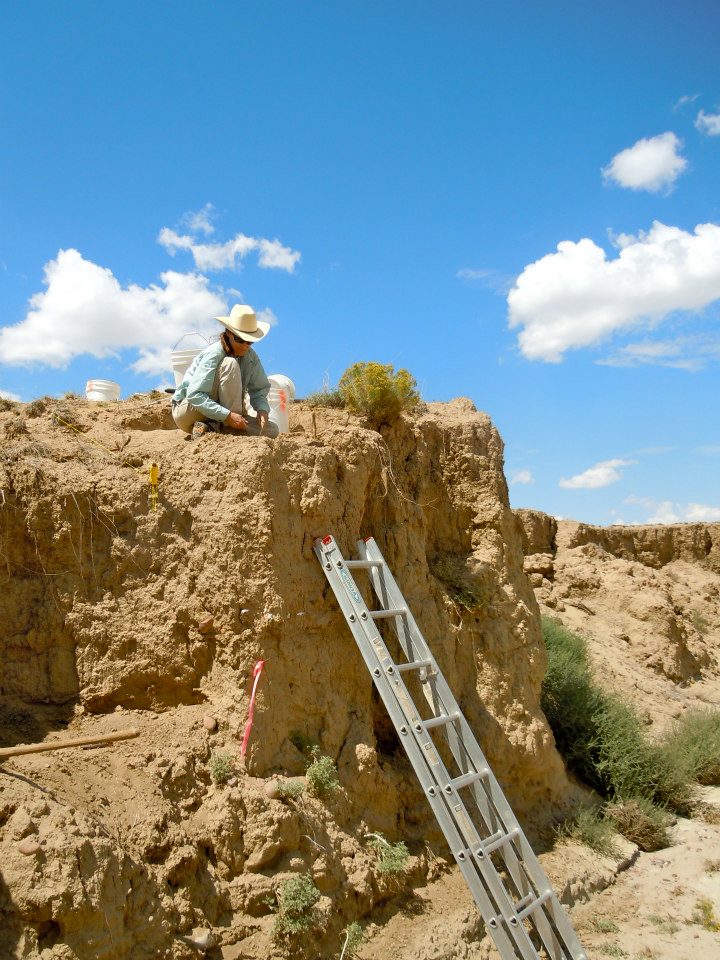 While modern turkeys are enjoyed today across the world as a food source, they have diverse, and still not totally understood, origins. Turkey DNA and isotope analysis has become a fruitful research topic for southwest archaeologists in realms including domestication origins, human migration, trade and interaction, and animal husbandry. While many animals, including dogs, have been domesticated for up to 10,000 years, domesticated turkeys first appeared in the northern American Southwest roughly 1,500 years ago. Turkeys became an important part of Native life in the American Southwest, although how they were used transformed through time. Early on (during what is known as Basketmaker periods, from approximately 1500 BC to AD 500), faunal remains of turkeys were generally sparse in domestic trash contexts, suggesting they were not being consumed. During these early periods, it’s likely that turkeys may have been raised for feathers and/or for ritual use, such as corn planting rituals. Later, as big game was depleted during the Pueblo periods (beginning approximately AD 500), turkeys appear to have become an important part of Native diet. It’s clear that through time turkeys became increasingly important to the Native inhabitants of the northern American Southwest.

As you sit down to your Thanksgiving feast, take a minute to think about the history of the food at your table and its connection to the past. Each item and each ingredient has a long history of cultural use and adaptation and may have very diverse origins from one another.