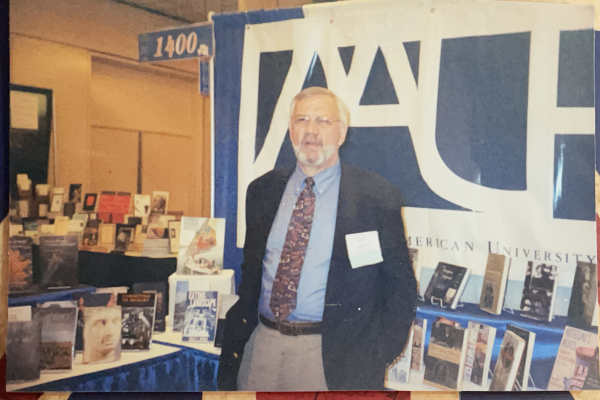 Luther’s vision, experience, and scholarly connections were invaluable in expanding UPC’s offerings in Western US history, Colorado history, and Native American studies, and he also seeded the ground for the anthropology and archaeology list that has subsequently blossomed. Some key titles published under Luther’s oversight include Moctezuma’s Mexico, Colorado: A History in Photographs, and Nursing: A Philosophy and Science of Caring, all titles that remain in print today.

"Luther Wilson was more than a publisher to many of the authors who he welcomed to UPC,” says Tom Noel, University of Colorado Denver. "He was a fine friend and confidante. I can still remember his smile, his laughter, his genuine interest in his authors. Luther is a great loss to his many author friends and to the university press community.”

"He put University Press of Colorado on the scholarly publishing map, and many of our best-selling titles were books that he acquired,” says Darrin Pratt, current director of UPC. “We owe Luther Wilson a great debt, and our hearts are heavy with his passing.”