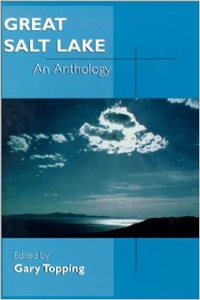 Probably Utah's most widely recognized topographical feature, the Great Salt Lake is possibly also the state's least appreciated and understood one. While visitors often feel compelled to take a closer look at it and even test its salinity by dipping a finger or toe, many native Utahns and tourists never take the time to explore the lake more extensively or to learn about its many facets. Awaiting those who do so is the discovery of just how fascinating a place the lake is. As Gary Topping points out in his introduction, Great Salt Lake "sounds like someone's literary fantasy: a vast interior sea bordered by marshes and dotted with islands that support thousands of shore birds of a great variety of species, yet flanked on other sides by an immense salt waste that forbids human habitation. . . . Great Salt Lake remains one of the world's most remarkable geological phenomena, a place of beauty, drama, and complexity to challenge the most ambitious curiosity and imagination."

To encourage a deeper knowledge and understanding of this unique body of water, Topping has assembled some of the best historical and contemporary writing on Great Salt Lake. The authors include historical figures such as Osborne Russell, Jedediah Smith, John C. Frémont, Howard Stansbury, and, less known, Alfred Lambourne, a turn-of-the-century artist and western Thoreau who sought solitude and contemplation by building a house on remote Gunnison Island. Also included are selections from more recent writing about the lake, among them pieces by well-known historians Dale Morgan and Brigham Madsen, and other essays that look at the varied ways, recreational and economic, that people have used or sought to use the lake. The subjects of the collected pieces range from fantastic stories people tell about this odd inland sea to attempts they have made to exploit it for commercial value; from exploration and emigration to recreation and resorts; from the lake's prehistory to its future, as development and population growth near its shores create conflicting demands and pressures.