Narrative of the Fifth Thule Expedition 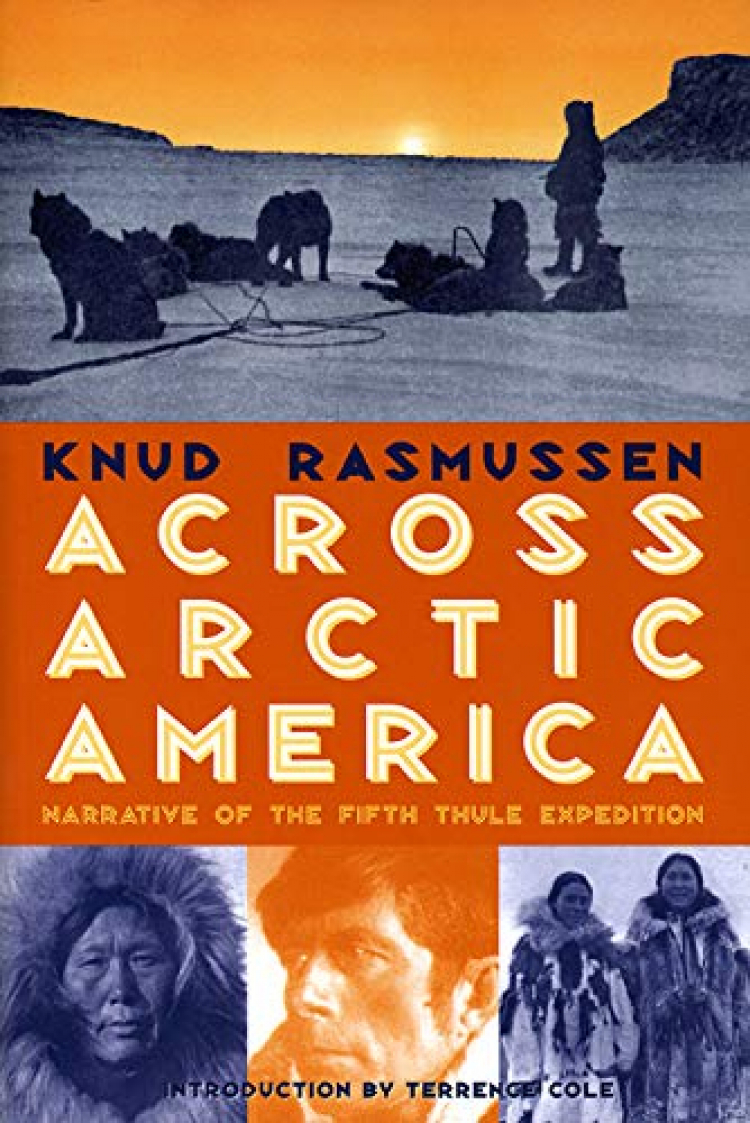 Between 1921 and 1924, Knud Rasmussen led a small band of colleagues in a journey of investigation across the top of North America. The full scientific report of that 20,000-mile trek by dog sled from Greenland to Siberia, known to history as the Fifth Thule Expedition, fills ten volumes. This single volume, Across Arctic America, is Rasmussen's own reworking and condensation of his two-volume popular account written in Danish and gives the essence of his experience of the Arctic and its people.

It was the people who most captivated the Greenland-born Rasmussen, who had become a virtual adopted son to the Eskimos of the far northern district still known by the name of the trading post he established there, Thule. His first four Thule expeditions extended the limits of the known world in Greenland solely, but Rasmussen's Fifth Thule Expedition demonstrated the unity of the Eskimo world from the Atlantic Ocean to the Chukchi Sea, proving the people all shared the same basic language and culture.

As historian Terrence Cole notes in an introductory biography, "The intellectual and spiritual life of the people themselves were his primary interests, not simply geographical discovery, and thus even when following the tracks of previous explorers, he found uncharted territory. His basic principle was to first earn the trust of the local people by showing understanding and patience: living with the people and not apart from them, sharing their work and their food." That was how Rasmussen approached the entire Arctic: he did not live apart from it, skimming over its surface like the fame-seeking polar explorers of the time such as Peary and Cook, but immersed himself in it so successfully that a Canadian Inuit elder once marveled that he was "the first white man [he had ever seen] who was also an Eskimo."

Of most significance to readers today, though, is that Rasmussen was also a noted writer. He wanted to share not just the observations he made but the feelings he experienced, and so in Across Arctic America he offered what fellow arctic explorer Vilhjalmur Stefansson described as "not only a work of literary charm but also one of the deepest and soundest interpretations" of Eskimo life ever put into a book.

This volume, published in commemoration of the 75th anniversary of the completion of the Fifth Thule Expedition, includes an introduction by Classic Reprint Series editor Terrence Cole and an index.