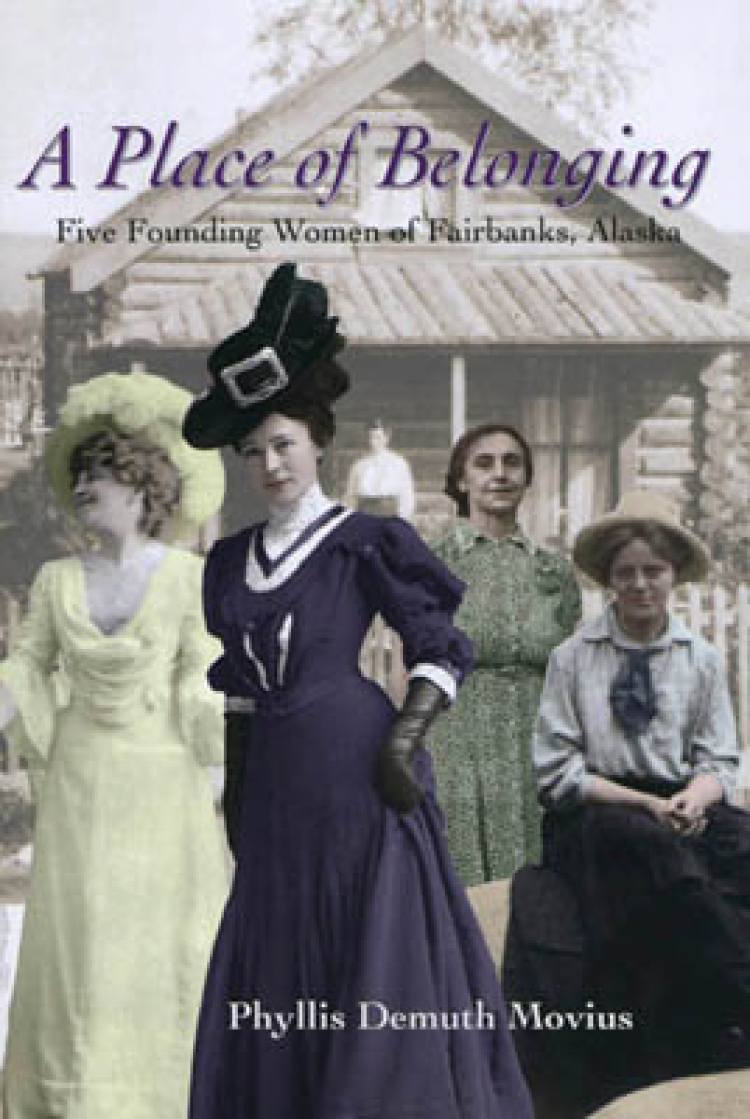 A Place of Belonging explores the motivations, resourcefulness, and accomplishments of five women who settled in Fairbanks, Alaska, between 1903 and 1923. Their stories are woven together from the women’s recollections, preserved in letters, memoirs, personal papers, club records, oral histories, and their own published writings. Among this diverse group we meet:

All of these amazing women were part of the pioneering spirit in Fairbanks. These insightful biographical portraits are a splendid glimpse into life on the frontier, and include over seventy black and white historical photos, most of which have never before been published.

"A Place of Belonging has great academic value, both for women’s studies and the study of U.S. history, as it gives detailed accounts of the lives of these five very different women, citing correspondence and including over seventy black and white photos. Personally, I found it interesting and stimulating reading with enough narrative to entertain while documenting these inspiring lives."
—Jen Wilson Lloyd, Feminist Review

When the Geese Come