The Alaska Native Brotherhood and the Struggle for Indigenous Rights 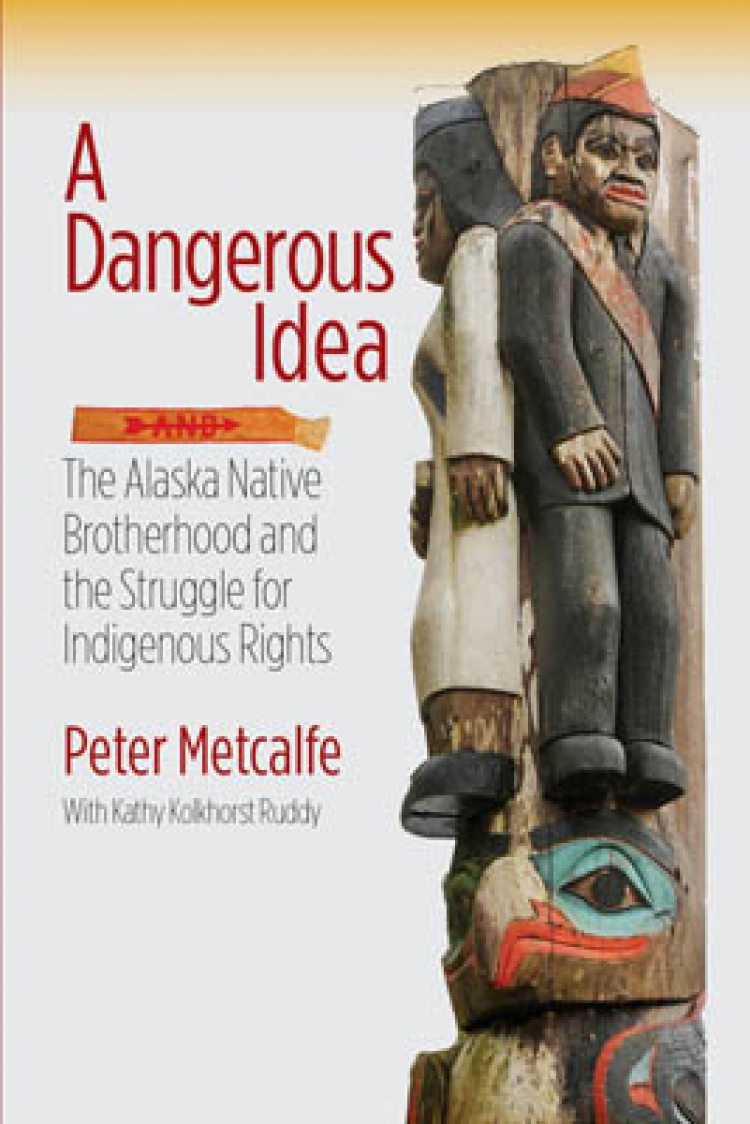 "[H]ere the tireless effort of ANB (Alaska Native Brotherhood) leaders gets its due. The situation regarding Native land claims was particularly tenuous during the period roughly spanning the New Deal to the Great Society. . . . The economic text takes up less than 90 pages; notes and index material occupies more than 40 pages. Photos include incidental shots that peel away some of the formality of familiar group portraiture while revealing the grit at the heart of the ANB leadership."
—Alaska Dispatch

"The Alaska Native Claims Settlement Act (ANCSA) dramatically altered the economic and cultural lives of Alaska's indigenous people. . . . [Metcalfe] does a splendid job of providing an exhaustively balanced analysis of this decades-churning journey as it zigzagged its way to today's legislated compromises."
—Anchorage Press

"Assimilation is a quiet process that destroys indigenous cultures by absorbing and diluting them. 'Resistance is futile,' the Borg would say in Star Trek: The Next Generation. But it's not. When you see it coming you can protect what's most important and survive. You can resist. That's what the early leaders of the Alaska Native Brotherhood did. In his recent book, A Dangerous Idea: The Alaska Native Brotherhood and the Struggle for Indigenous Rights, Metcalfe documents how Native leaders in Southeast Alaska fought the oncoming firestorm of assimilation a century ago. . . . These guys were hardcore."
—Indian Country Today

"A Dangerous Idea deserves a readership far beyond Alaska, where it should be required reading. Its brevity and accessible prose makes it ideal for students of Native American and western history. This story needs to be told, and Metcalfe has done so brilliantly."
—Western Historical Quarterly

Decades before the marches and victories of the 1960s, a group of Alaska Natives were making civil rights history. Throughout the early twentieth century, the Alaska Native Brotherhood fought for citizenship, voting rights, and education for all Alaska Natives, securing unheard-of victories in a contentious time. Their unified work and legal prowess propelled the Alaska Native Claims Settlement Act, one of the biggest claim settlements in United States history.

A Dangerous Idea tells an overlooked but powerful story of Alaska Natives fighting for their rights under American law and details one of the rare successes for Native Americans in their nearly two-hundred-year effort to define and protect their rights.

Peter Metcalfe is the author of several books documenting the history of Alaska Native tribal organizations, most recently Gumboot Determination.

Take My Land - Take My Life

The Life and Times of Alaskan Howard Rock