The Story of Jews in Colorado 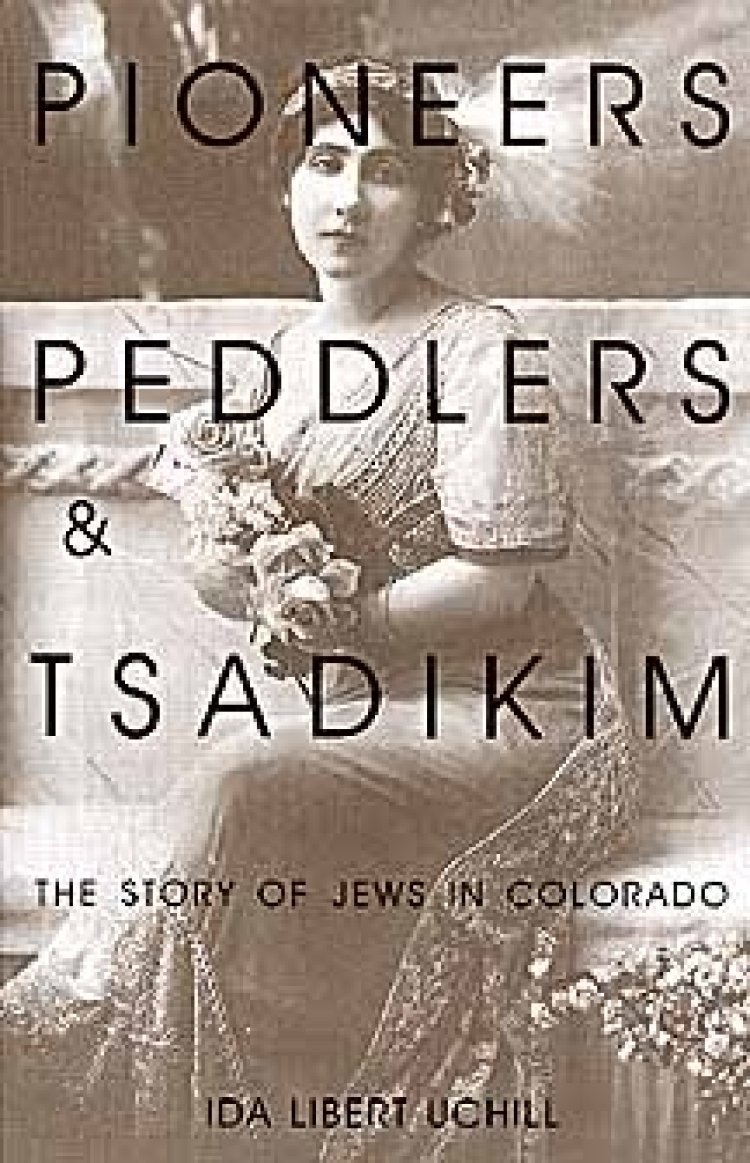 Paperback Price $28.95
Buy Now
"Long after we are gone, when Ida's own daughters have grandchildren and great-grandchildren, scholars will be citing Uchill whenever they deal with the story of the Jews in Colorado."

"The volume is scholarly. It is gracefully written. Its tone is objective, its foundation, solid in research."

"Of all the Jewish histories dealing with various regions of the United States this reviewer has ever read, none has the charm and readability of this first history of the Jews in Colorado."

First published in 1957, Pioneers, Peddlers, & Tsadikim, the original history of the Jewish people in Colorado, is now back in a revised and updated edition with 21 new illustrations. Containing a new preface and a comprehensive chronology covering more than 140 years, Pioneers, Peddlers, & Tsadikim is a definitive volume for both the scholar of Jewish/Colorado history and the casual reader alike.

Ida Libert Uchill was a native of Denver and a graduate of the University of Colorado. Her writings in the field of Colorado Judaica include articles in Radcliffe College's Notable American Women, the 1958 Westerners' Brand Book, and the articles on Colorado and Denver in the Encyclopedia Judaica. She is listed in Who's Who in Colorado, 1958. Her most recent book is Howdy, Sucker! What P.T. Barnum Did in Colorado. Denver Inside and Out