Along the Ramparts of the Tetons

The Saga of Jackson Hole, Wyoming

by Robert B. Betts 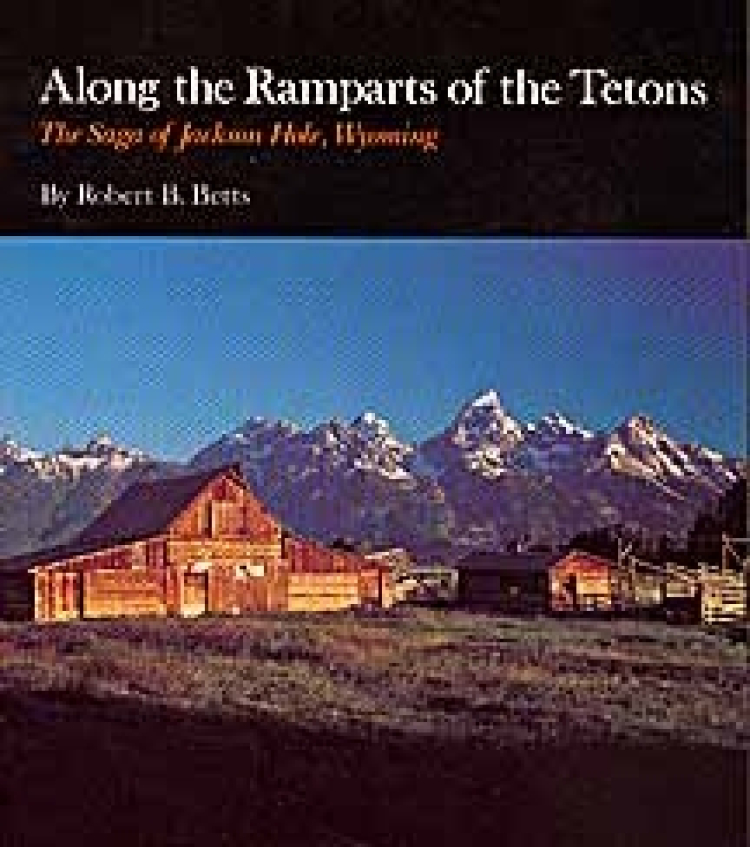 The magnificent valley of Jackson Hole at the base of the soaring Teton Range has long been a stage on which a remarkable series of events has been acted out by an equally remarkable cast of characters. This is that story, told with a verve and excitement which brings the past alive.

In these pages, the reader will witness the dramatic creation of the Tetons; the arrival of the first humans, bands of fur-clad Early Hunters who ventured into the valley some 10,000 years ago; the coming and going of the later Indian tribes; and the nearly incredible journey of John Colter, who back in 1807 is said to have been the first white man to have found his way through the wilderness and into Jackson Hole.

Here, too, the reader will meet the boisterous mountain men, trappers such as Jim Bridger and the former slave, Jim Beckwourth, who roamed the Rockies when St. Louis was still a frontier village; a little Mormon boy who ran away from home and lived with the Indians before becoming a Pony Express rider; a most unusual Englishman who describes a terrible tragedy that befell his Indian wife and half-breed children; a glory-seeking lieutenant who led six cavalrymen on a foolhardy expedition that almost cost them their lives; and a nineteenth-century president of the United States who took a pack trip through Jackson Hole, allegedly leaving a trail of empty bottles behind.

And there is more, much more—the story of the pioneers, those hardy few who dared to settle in this high and inhospitable land; the story of outlaws, a shoot-out, vigilance committees and an Indian "massacre" that embarrassed the New York Times; the story of the deliverance of the world's largest elk herd from the many perils that threatened it with extinction; and, finally, the story of the long and angry controversy over the preservation of the Tetons and Jackson Hole as a national park, a struggle called "one of the most remarkable conservation fights of the twentieth century."

All these and still other episodes in the long and colorful cavalcade of Jackson Hole are woven together to form a work of Western Americana of which Dr. Gene Gressley, Director of the West History Research Center at the University of Wyoming, has said, "The literary style is magnificent, the research deep and the organization a model for all would-be historians." Rich in anecdotes and portraits of delightfully eccentric characters, this is history written in a way to be enjoyed by all.

The late Robert B. Betts graduated from Harvard, was a successful advertising executive in New York City, and regularly contributed to the Lewis and Clark journal We Proceeded On.

Best Perennials for the Rocky Mountains and High Plains Their Geology, Ecology, and Human History The United States, the International Geophysical Year, and the Origins of Antarctica's… A Field Guide to the Northern and Central Mountains and Valleys