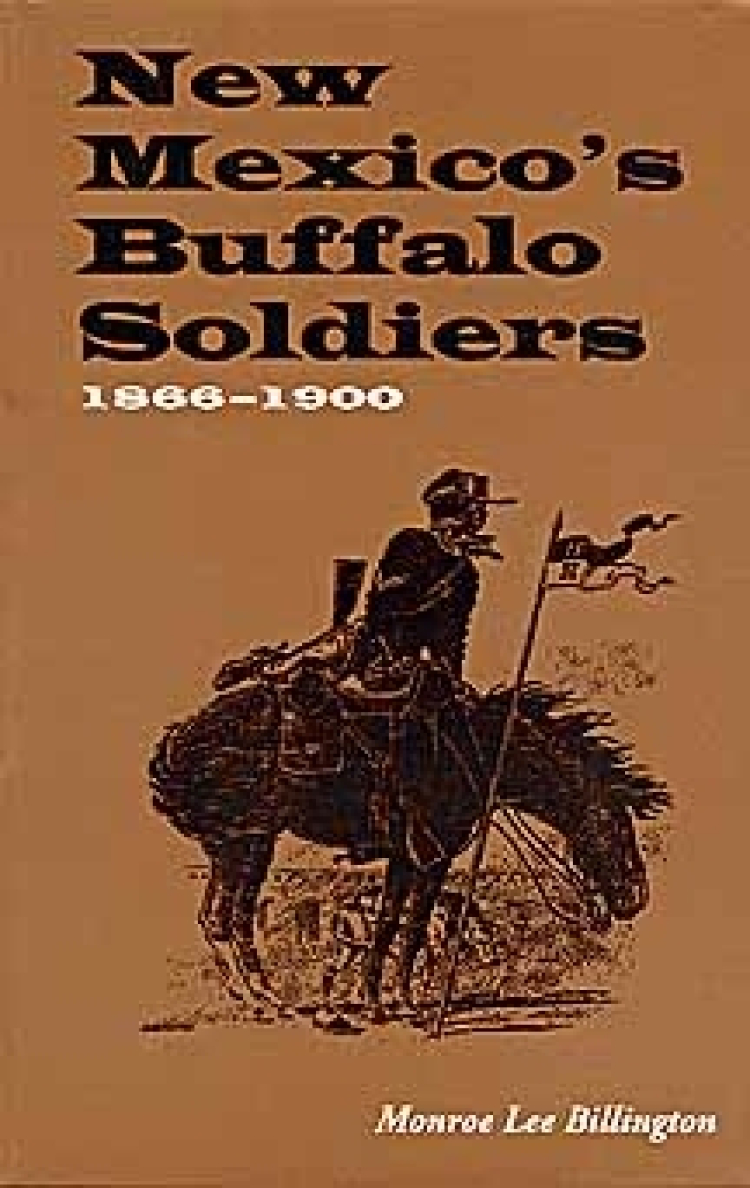 "A welcome contribution to western historiography. . . . Based on its rich detail and fine description of a long-neglected topic, it is highly recommended reading for students of black history in general and New Mexico history in particular."
—Montana: The Magazine of Western History

"A valuable addition to the library of all Americans who want to be fully educated on the achievements and treatment of African-Americans."

"The book will also stand as the best account of the role of the black soldiers on New Mexico's nineteenth-century frontier."

Though black soldiers constituted only ten percent of the U.S. Army after the Civil War, they often made up half of the available forces at specific points west of the Mississippi. Between the years 1866 and 1900, nearly 4,000 black men served in the military in New Mexico Territory alone. The term "buffalo soldiers" originated with Native Americans, who saw that the black soldiers' fighting spirit made them a worthy opponent. The soldiers accepted the name as an honor, and the Tenth Cavalry incorporated a likeness of a buffalo on its regiment's crest. The buffalo soldiers were nonetheless hard-pressed to obtain the respect of many of the white civilians they fought to protect and some of the white officers under whom they served.

In New Mexico's Buffalo Soldiers, Monroe Lee Billington draws from military records, newspaper articles, personal correspondence, and other source materials to create the first comprehensive account of the role of black soldiers in New Mexico Territory. This unique book explores in depth the success of the buffalo soldiers in waging war and keeping the peace in the frontier Southwest. Through examination of the day-to-day lives as guardsmen, builders, warriors, and participants in an emerging society, Billington shows that despite often extreme prejudice and inferior equipment, the buffalo soldiers triumphed against heavy odds. Billington's riveting portrayal of the harrowing lives these men led and their many successes in the face of nearly overwhelming obstacles will appeal to all readers interested in western and African American history.

Monroe Lee Billington is professor emeritus at New Mexico State University. He is the author of several books including New Mexico's Buffalo Soldiers, 1866-1900.

African Americans on the Western Frontier