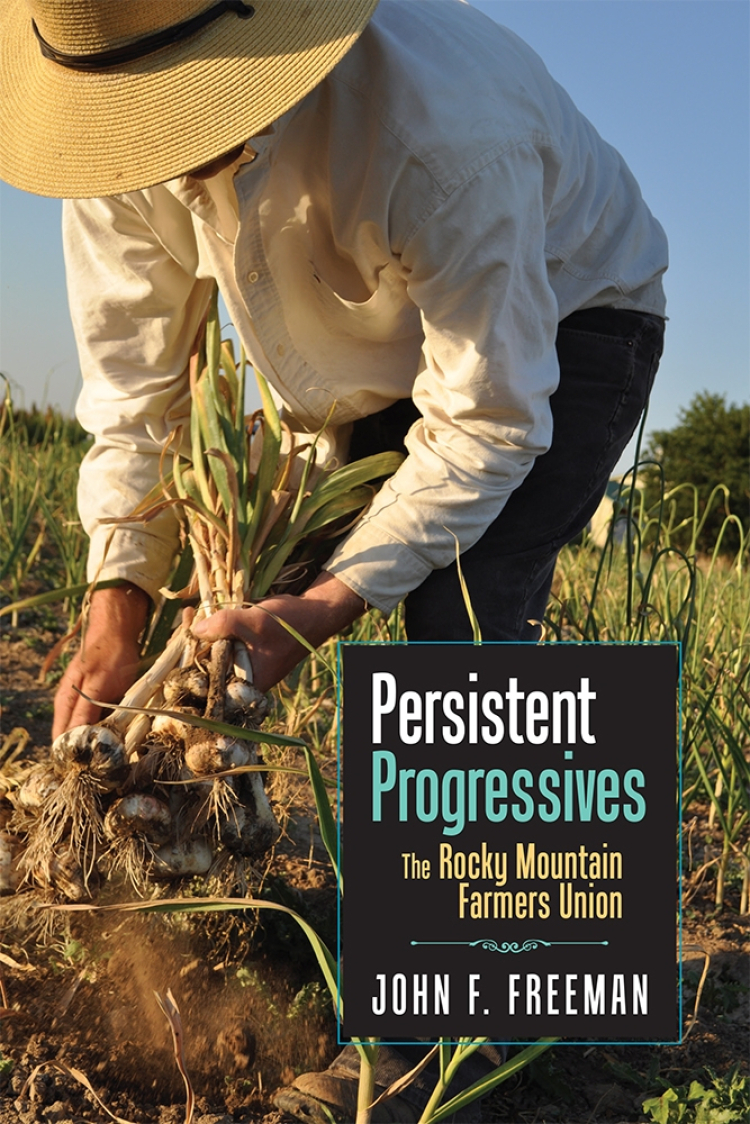 Ebook Price $27.95
30-day ebook rental price $9.99
Buy Now
"Highly readable and meticulously cited, Freeman engages the reader with stories of ideology, innovation, and political struggle during an era where fossil-fuel-based mechanization and the lure of urban living dramatically reshaped the scale and goals of agricultural production and rural life. The book provides fascinating and telling accounts of how the Rocky Mountain Farmers Union has struggled to bridge urban and rural interests, right-wing Libertarians and left-wing liberals, and farmers’ market foodies and growers of staple commodity crops. Throughout, Freeman underscores the fragility and power of voluntary, cooperative, and persistent efforts to improve life for common people and the land on which they depend."
—Timothy Crews, Director of Research, The Land Institute
"[F]or readers looking for examples of how farmers and consumers resisted the 'bigger is better' mantra within American agriculture during the twentieth century, Persistent Progressives offers great utility."
—Agricultural History
"[Freeman] provides. . . . insight not only to those interested in the history of the [Rocky Mountain Farmer's Union] but to anyone interested in the struggles of small farmers and ranchers and grass-roots progressive movements."
—New Mexico Historical Review

"Persistent Progressives offers a detailed review of a group of farmers who resisted the tide of corporate agribusiness. . . The story of enduring enthusiasm for cooperative approaches in the RMFU remains inspiring even if tempered by corporatism and twentieth-century globalization"
—Colorado Book Review
"Persistent Progressives offers a perspective on issues that remain relevant despite many cultural and economic changes since farmers first arrived in the Valley. In a democracy, cooperative effort still has an important role to play."
—The Valley Courier

Persistent Progressives tells the story of the Rocky Mountain Farmers Union’s evolution from an early movement against monopolists and wholesalers to a regional trailblazer for agriculture ideologies built on social democracy, the family farmer, and cooperative enterprises. As a continuing advocate for saving the family farm, the Farmers Union legacy provides a unique window into the transformation of the agriculture and rural communities in Wyoming, Colorado, and New Mexico.

Using data spanning decades, author John Freeman covers the founding of the RMFU in 1907 until the present, demonstrating how members continually sought to control the means of production and marketing by forming cooperatives, providing consumer services, and engaging in politics. Powering this evolution was a group of "practical idealists"—the Farmers Union leaders and titular persistent progressives who shaped the organization’s growth and expansion. Initiated by Jim Patton, who brought the organization out of its oppositional roots and into its cooperative advocacy, the RMFU passed to John Stencel and then David Carter, joining hands with agricultural conservationists and small organic producers along the way to carry the torch for progressive agrarianism in today’s urbanized world. Shaken but undeterred by some notable failures, its leadership remains convinced of the efficacy of cooperatives as a means to achieve justice for all.

John F. Freeman is the founder and president emeritus of the Wyoming Community Foundation. He has a PhD in early modern European history from the University of Michigan and is the author of Adapting to the Land, High Plains Horticulture: A History, Black Hills Forestry: A History, and Persistent Progressives. An Environmental History of the Colorado River