Imperial Peripheries in the Neo-Assyrian Period 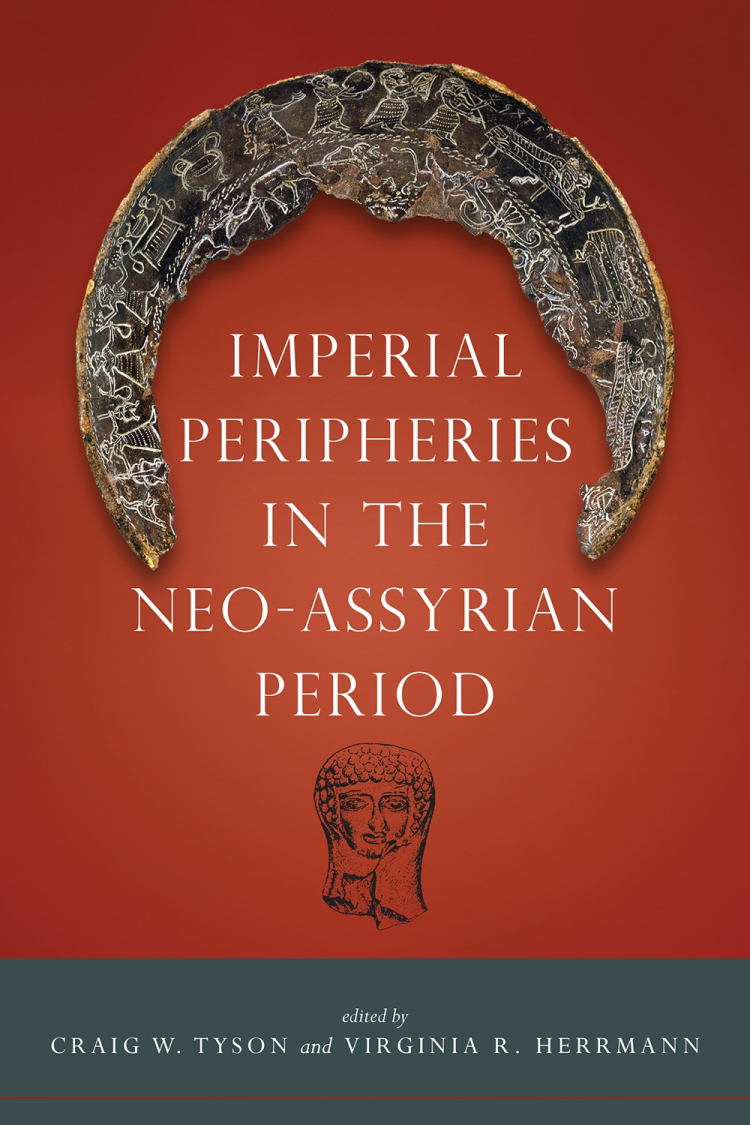 “There has not before been a study specifically dedicated to the periphery as a concept and entity in its own right. Such a study, long overdue, is both highly interesting and highly important. This is therefore a ground-breaking work.”
—John MacGinnis, University of Cambridge

“The book throws a fresh and innovative light on the methodological approach of an important subject in the history of the Ancient Near East.”
—Ariel Bagg, Universität Heidelberg

“The authors of this volume are to be congratulated on their achievement, presenting timely and insightful analysis of various important case studies within and beyond Assyria’s pale.”
—The Middle Ground Journal

"The research is rigorous and current, with each author taking on the responsibility of extending his or her discrete study to reflect upon the broader implications of how we invoke, re-envision, or even discard the traditional core-periphery paradigm in studies of ancient empires. The result is a cohesive edited volume that capitalizes on the diversity of geographical locations, temporal scales, and artifactual evidence in its papers to provide the reader with a comprehensive compendium of perspectives on Neo-Assyrian Empire."
—Journal of Near Eastern Archaeology

“[Imperial Peripheries in the Neo-Assyrian Period] presents an excellent blending of multiple datasets—settlement object, architectural, historical, art historical—to form a contribution that will prove especially useful in the field of Assyrian and Near Eastern studies. . . . The discussions in this volume have the potential to be used broadly in furthering ideas about agency and centrality in discussions of any empire.”
—American Antiquity

Though the Neo-Assyrian Empire has largely been conceived of as the main actor in relations between its core and periphery, recent work on the empire’s peripheries has encouraged archaeologists and historians to consider dynamic models of interaction between Assyria and the polities surrounding it. Imperial Peripheries in the Neo-Assyrian Period focuses on the variability of imperial strategies and local responses to Assyrian power across time and space.

An international team of archaeologists and historians draws upon both new and existing evidence from excavations, surveys, texts, and material culture to highlight the strategies that the Neo-Assyrian Empire applied to manage its diverse and widespread empire as well as the mixed reception of those strategies by subjects close to and far from the center. Case studies from around the ancient Near East illustrate a remarkable variety of responses to Assyrian aggression, economic policies, and cultural influences. As a whole, the volume demonstrates both the destructive and constructive roles of empire, including unintended effects of imperialism on socioeconomic and cultural change.

Imperial Peripheries in the Neo-Assyrian Period aligns with the recent movement in imperial studies to replace global, top-down materialist models with theories of contingency, local agency, and bottom-up processes. Such approaches bring to the foreground the reality that the development and lifecycles of empires in general, and the Neo-Assyrian Empire in particular, cannot be completely explained by the activities of the core. The book will be welcomed by archaeologists of the Ancient Near East, Assyriologists, and scholars concerned with empires and imperial power in history.

Craig W. Tyson is associate professor of religious studies at D’Youville College in Buffalo, New York. He is author of The Ammonites: Elites, Empires, and Sociopolitical Change (1000–500 BCE) and several articles on the history and culture of ancient Jordan.

Virginia R. Herrmann is a Junior Research Group Leader in the Institute for Ancient Near Eastern Studies at the University of Tübingen and co-director of the Chicago-Tübingen excavations at Zincirli, Turkey. She co-curated the 2014 Oriental Institute Museum exhibit In Remembrance of Me: Feasting with the Dead in the Ancient Middle East.

Foraging in the Past

The Archaeology of Medieval Islamic Frontiers

From the Mediterranean to the Caspian Sea The Poetics of Processing

Memory Formation, Identity, and the Handling of the Dead Why Those Who Shovel Are Silent

A History of Local Archaeological Knowledge and Labor

Remembering the Dead in the Ancient Near East