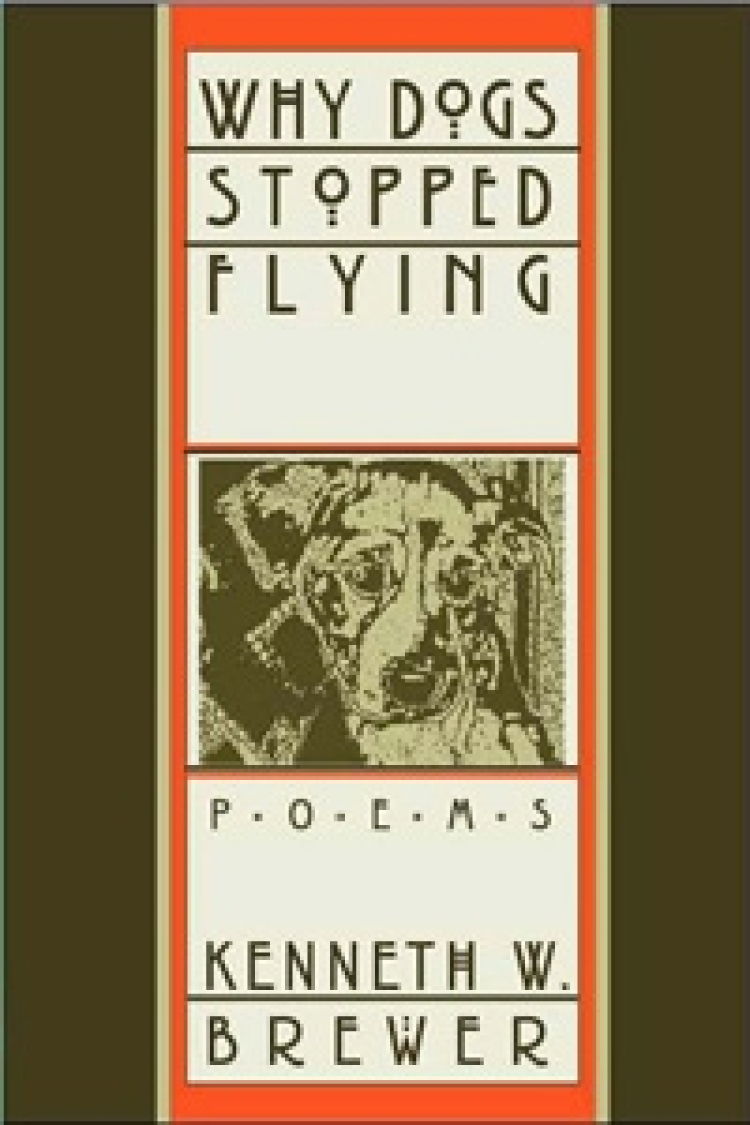 "Here, in poems written as he entered his final prolific and powerful poetic flowering, Kenneth Brewer uses his examination of the bestial in the world, in us, to understand something larger about ourselves and our relationship to what transcends us. But these poems aren't only for us. they are poems made for the great dead and the yet-to-be-born; out of present urgency, they refigure the wisdom of the past and send it forward, renewed and renewable, into the future."
—Katherine Coles

"The voice here is a radical departure from Dr. Kenneth W. Brewer, Poet Laureate of Utah, scholar and archetypal gentleman. Here we have Ken-of-the-earth, Old Mongrel, keen-nosed, sharp-eyed, quick-witted, and on point. These poems are as refreshing as a face-slap of cold water on a crisp morning."
—David Lee

The solid rightness of image after image in Ken Brewer's poetry was never better than in Why Dogs Stopped Flying. His familiar style is plain-spoken, his humor reliable and self-ironic.

Yet, in this collection perhaps more than in his earlier work, the particularity of the poet's insight into the physical world—and the warmth of his affection for it—combine to create an unexpected transcendence. Beasts and bodies are transformed in his lines, and our dim, unremarkable lives on this shadowed earth become somehow more luminous—small suns opening in the dark, small words to the moon.

Oh my children,
I would carry you
on my back forever,
but still you would
swim, dive into the water
deep as life itself
and leave me afloat
on this dark lake
calling your names
as if words alone
could enfold you
in feathery shields,
keep you safe from eagles,
from turtles,
from gulls.
But I cannot.
In spite of it all,
still I try another song,
another voice,
one more word
to the moon.

Influential for over three decades as a poet, writer, teacher, and mentor in the Intermountain West, Kenneth Brewer published ten books of poetry; hundreds of individual poems in literary journals; dozens of essays and articles; he also gave countless readings, and conducted writing workshops throughout the Western states. Professor of English at Utah State University for 32 years, Brewer served on the Board of Directors of the Utah Arts Council and was Utah's poet laureate from 2003 to 2005. As this book was going to print, he passed away at his home in Providence, Utah, surrounded by family and friends.

A Century of Short Stories

Stepping Twice Into the River