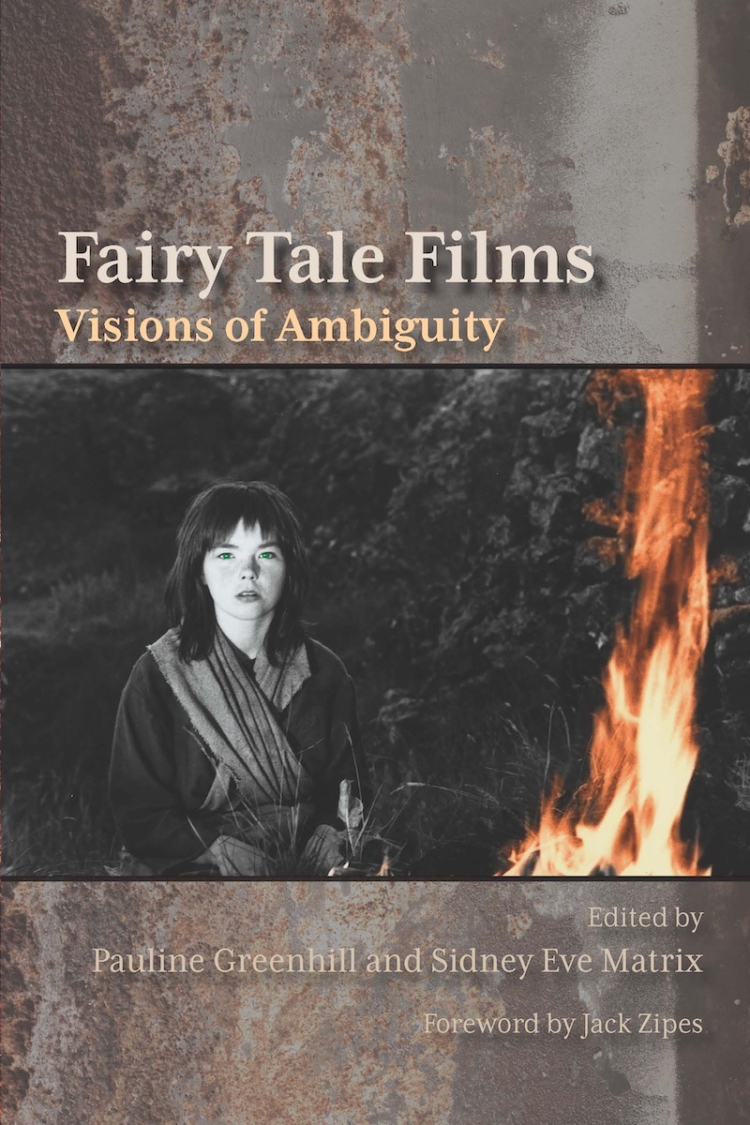 Paperback Price $27.95
Ebook Price $21.95
Buy Now
foreword by Jack Zipes
Open full book sample
“Fairy Tale Films provides a fresh exploration of the age-old question as to whether art imitates life or life imitates art and what happens when narrative tradition becomes filmic.”
—Folklore Forum
“While this text holds tremendous appeal for both film and folklore scholars, it should not be ignored by the scores of moviegoers who would likely be fascinated by these discussions.”
—Journal of Folklore Research

In this, the first collection of essays to address the development of fairy tale film as a genre, Pauline Greenhill and Sidney Eve Matrix stress, "the mirror of fairy-tale film reflects not so much what its audience members actually are but how they see themselves and their potential to develop (or, likewise, to regress)." As Jack Zipes says further in the foreword, “Folk and fairy tales pervade our lives constantly through television soap operas and commercials, in comic books and cartoons, in school plays and storytelling performances, in our superstitions and prayers for miracles, and in our dreams and daydreams. The artistic re-creations of fairy-tale plots and characters in film—the parodies, the aesthetic experimentation, and the mixing of genres to engender new insights into art and life—mirror possibilities of estranging ourselves from designated roles, along with the conventional patterns of the classical tales.”

Here, scholars from film, folklore, and cultural studies move discussion beyond the well-known Disney movies to the many other filmic adaptations of fairy tales and to the widespread use of fairy tale tropes, themes, and motifs in cinema.

Ghosts and the Japanese Out of the Ordinary

Folklore and the Supernatural