The Life of Daniel H. Wells 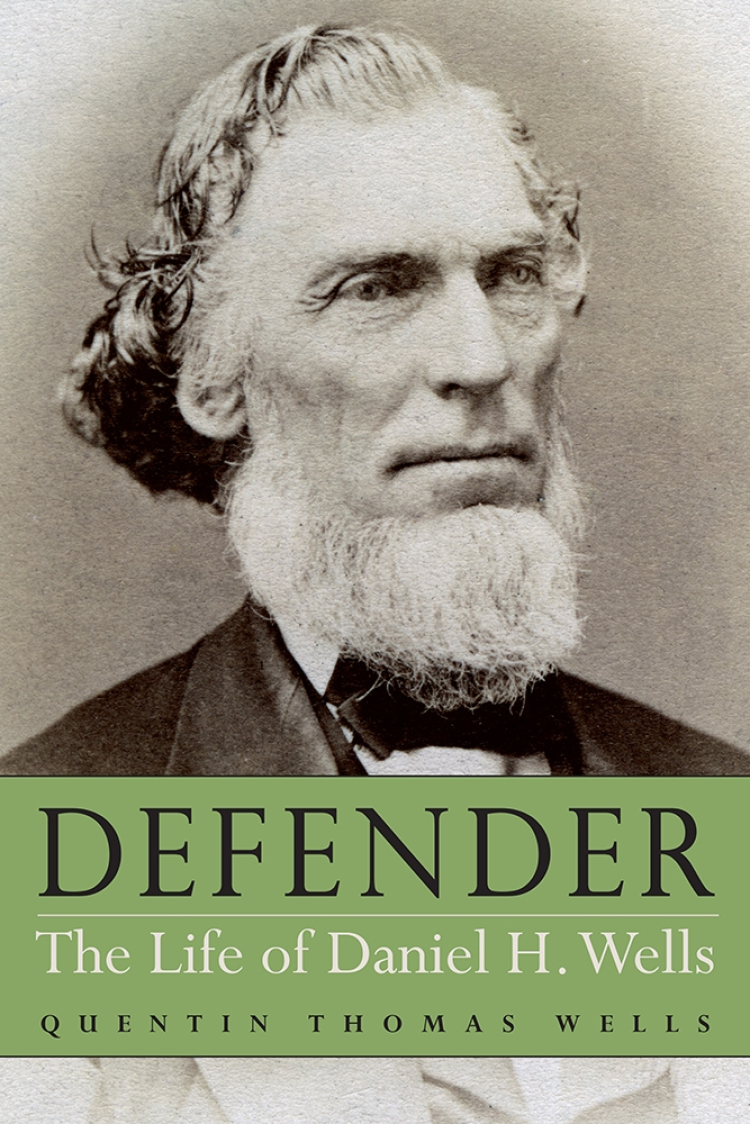 ​"​Using finesse and meticulous research, the Latter-day Saint author examines a peace-loving man who spent his public and private life fighting for causes aligned with his principles. ​. . . a compelling historical biography.​"

"The book documents the essential decency and humility that made Wells one of the leaders most popular with and admired by the Mormon people."

"[Defender] will be the landmark volume on this leader for many years to come."

"[A] very detailed, well-crafted biography of a remarkable journeyman whose considerable energy and organizational skills were devoted, unquestioned, to anything required as an LDS defender."

"Every now and then, what starts out as a narrow family history transcends its bounds and becomes something far bigger and better—a much broader history that appeals to a very diverse and interested audience. Such is the case with Quentin Thomas Wells's new and exciting biography."
—The Journal of Mormon History

"The book abounds with such interesting detail."
—Association for Mormon Letters

Defender is the first and only scholarly biography of Daniel H. Wells, one of the important yet historically neglected leaders among the nineteenth-century Mormons—leaders like Heber C. Kimball, George Q. Cannon, and Jedediah M. Grant. An adult convert to the Mormon faith during the Mormons’ Nauvoo period, Wells developed relationships with men at the highest levels of the church hierarchy, emigrated to Utah with the Mormon pioneers, and served in a series of influential posts in both church and state.

Wells was known especially as a military leader in both Nauvoo and Utah—he led the territorial militia in four Indian conflicts and a confrontation with the US Army (the Utah War). But he was also the territorial attorney general and obtained title to all the land in Salt Lake City from the federal government during his tenure as the mayor of Salt Lake City. He was Second Counselor to Brigham Young in the LDS Church's First Presidency and twice served as president of the Mormon European mission. Among these and other accomplishments, he ran businesses in lumbering, coal mining, manufacturing, and gas production; developed roads, ferries, railroads, and public buildings; and presided over a family of seven wives and thirty-seven children.

Wells witnessed and influenced a wide range of consequential events that shaped the culture, politics, and society of Utah in the latter half of the nineteenth century. Using research from relevant collections, sources in public records, references to Wells in the Joseph Smith papers, other contemporaneous journals and letters, and the writings of Brigham Young, Quentin Thomas Wells has created a serious and significant contribution to Mormon history scholarship.

A descendant of Daniel H. Wells, Quentin Thomas Wells is a former CIA officer, film and video writer and producer, entrepreneur, and retired Director of Program Innovation and director of the Student Media Center at Salt Lake Community College. This is his sixth book.