Jack Santino is professor of folklore and popular culture and has served as director of the Bowling Green Center for Popular Culture Studies. He was the Alexis de Tocqueville Distinguished Professor at the University of Paris, Sorbonne, 2010–2011. He was a Fulbright Scholar to Northern Ireland and has conducted research in Spain and France. His documentary film on Pullman Porters, Miles of Smiles, Years of Struggle, received four Emmy awards. His research centers on rituals and celebrations, with a particular focus on carnival and political and public ritual as reflective of political, social, and cultural identity. He is the author of numerous books and articles. 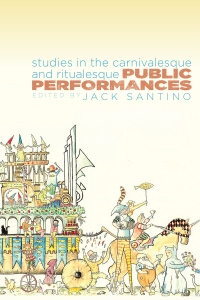 Studies in the Carnivalesque and Ritualesque