The Human Story, in 100 Objects or Less 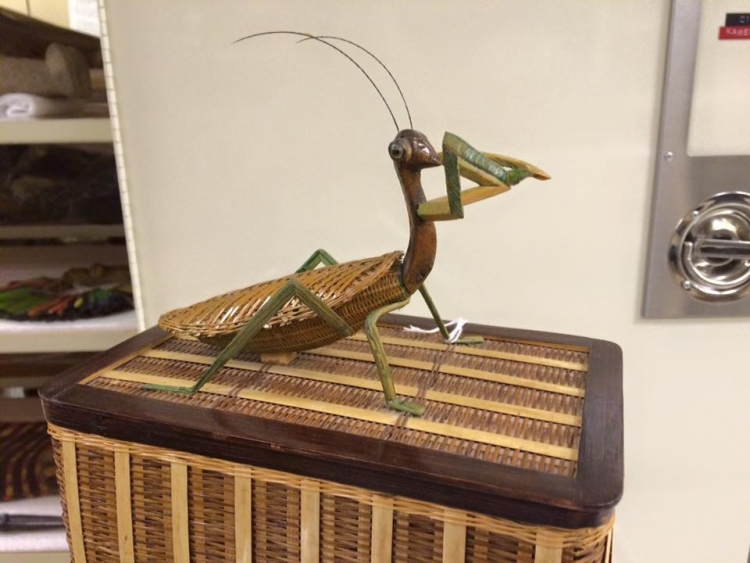 Praying Mantis Courtesy of the Denver Museum of Nature & Science

In 2010, my colleagues and I more or less tackled this puzzle when we published Crossroads of Culture: Anthropology Collections at the Denver Museum of Nature & Science. This volume celebrated the museum’s 50,000-plus-piece collection of objects covering a million years of human history and nearly every corner of the globe. We tasked ourselves with sharing this wondrous collection in just 123 pictures. As a result, we could not include many of the objects in the collection we found utterly curious, seriously important, and strangely beautiful.

Another limitation of the project was that it ended in 2010, with the book’s publication by the University Press of Colorado. But a museum’s collection is like the sea—constantly shifting. For example, we have just recently added to our collection a brilliant range of thirty-nine baskets that were made in the early 1980s in the People’s Republic of China. Complementing the baskets is a donated series of original photographs taken by American photographer Nancy Kuhl. The baskets were systematically collected by Sharon La Pierre, an American who found a way into China when foreigners were still largely unwelcomed, to document this collection made by a master weaver. Each basket is a gem of craftsmanship, most shaped into or decorated with an animal and made entirely by hand from natural grasses and bamboo.

We’re looking forward to the day when we might publish the second volume of Crossroads of Culture, so that we can include the museum's new treasures that celebrate human culture, ingenuity, and creative expression.

Chip Colwell-Chanthaphonh is the curator of anthropology at the Denver Museum of Nature & Science.