The Battle of the Zoos 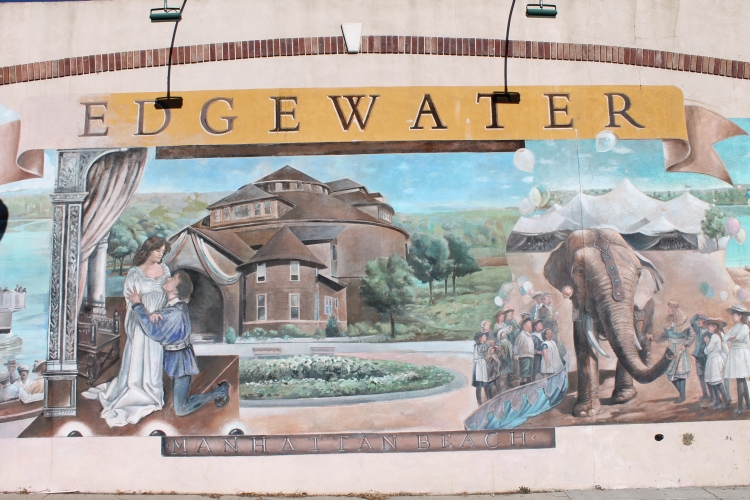 Denver’s Manhattan Beach opened on the northeast shore of Sloan’s Lake in June 1891, becoming Elitch Gardens' first competitor. Among its many entertaining attractions was the animal house, which the May 13, 1891, Denver Times called “one of the most interesting features of the new park.”

Denver’s Manhattan Beach opened on the northeast shore of Sloan’s Lake in June 1891, becoming Elitch Gardens' first competitor. Among its many entertaining attractions was the animal house, which the May 13, 1891, Denver Times called “one of the most interesting features of the new park.” The animals took possession of their new quarters on June 26 after a barely noticed midnight parade from Denver’s Union Station consisting of eight wagons followed by the camel and Roger the elephant.

Roger the elephant quickly became one of the favorite attractions at Manhattan Beach in the summer of 1891, but the joy was short-lived. On July 5, 1891, Roger played a part in the first amusement park fatality in Denver’s history. At about 4:20 in the afternoon, a group of children—including Minnie Ober, Charles Ober, Blanche Grimschilt, John Grimschilt, and George W. Eaton—were enjoying a ride on Roger when a balloon ascension took place. Whether the children riding on Roger stood up to watch the balloon was never determined, but George Eaton fell out of the basket on Roger’s back and hit the ground. Roger, scared by either the balloon or the crowd rushing to watch it, became frightened and attempted to get back to his corral. Sadly, in his frantic state, Roger trampled and killed George Eaton. Although Roger was eventually put to death, he was still alive that September when the battle of the zoos began.

George Eaton’s tragic death put a damper on the popularity of the zoo at Manhattan Beach, and by early September creditors had taken possession of the park and its animals but continued to operate it while Manhattan Beach’s owners negotiated a new loan. It was then that the management of rival Elitch Gardens' zoo got involved, stating that Manhattan’s animals were being mistreated. The Denver Times reported on September 11, 1891, that a grim war had been declared between Elitch’s and Manhattan Beach, and on the morning of September 11, thirty-five private detectives under Ed Keith led a train of animal wagons “through the deserted streets” of the Highlands to liberate the animals and take them to Elitch’s.

C. O. Hatch of Manhattan Beach had twelve men block the gate to the animal house and had fire hoses attached to all of the park’s hydrants. When Elitch’s private detectives and animal wagons started to move toward the animal house, according to the Times, Hatch shouted, “Fire!” and “the nozzles along the breastworks belched out a deadly fire of Sloan’s lake water . . . and men were bathed in water who had never had a bath before.” Declaring victory, Hatch told a reporter from the Times that Elitch’s was in direct violation of an order giving Manhattan Beach control of the animals and that the animals would “die of old age before they will see Elitch’s gardens.” Manhattan Beach officials further suggested that Elitch’s management was trying to alarm the public and make people believe that the park had lost all its attractions.

David Forsyth is an award-winning historian and Denver native who has worked in the museum field for several years. He is the author of Images of America: Black Hawk and Central City and Denver's Lakeside Amusement Park: From the White City Beautiful to a Century of Fun, and his articles on diverse subjects such as bars, murders, and bowling alleys have appeared in Colorado Heritage, International Bowling Industry, and other publications.