Day of Remembrance: The 75th Anniversary of Executive Order 9066 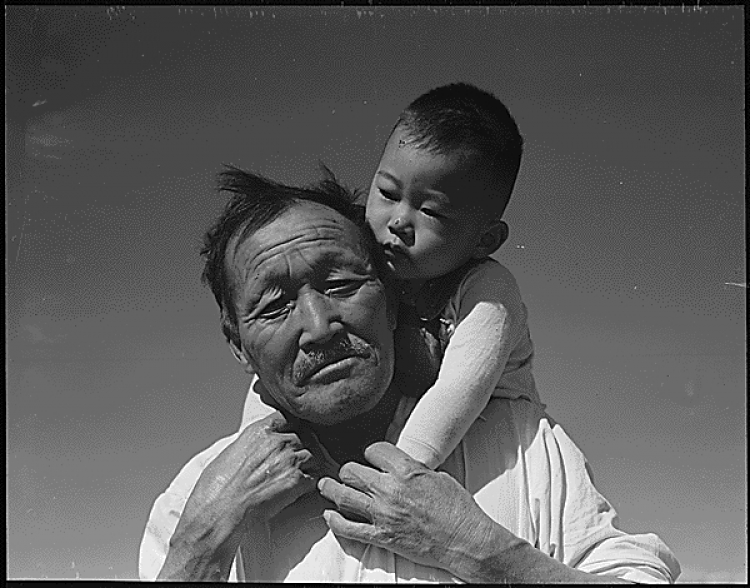 As many know, Japanese Americans across the USA will participate this month in their local Day of Remembrance commemorations. Held on or around February 19, the DOR commemorates the day that then president Franklin D. Roosevelt signed Executive Order 9066, which allowed the identification, arrest, and ongoing incarceration of any and all persons alleged to be inimical to national security. February 19 marks the 75th anniversary of the issuing of Executive Order 9066.

This blog post was written last year to note the Day of Remembrance, and the blog's author, Lane Hirabayashi, and the editorial team at University Press of Colorado felt it was worth reposting for the 75th anniversary of Executive Order 9066. Various developments over the past few months have made the Japanese American experience during the 1940s seem sadly and disturbingly familiar to Nikkei and their allies. Registries, active bans on free immigration from selected countries, raids, and detention are all-too-familiar mechanisms that in the Japanese American case culminated in removal and incarceration en masse. Americans need to speak up! To modify, slightly, an eight-word sentence once expressed by the late Gordon Hirabayashi: "Guilt should never be a matter of religion or race."

As many know, Japanese Americans across the USA will participate this month in their local Day of Remembrance commemorations. Held on or around February 19, the DOR commemorates the day that then president Franklin D. Roosevelt signed executive order 9066, which allowed the identification, arrest, and ongoing incarceration of any and all persons alleged to be inimical to national security. Although no specific group was identified in the Executive Order, on this basis over 120,000 persons of Japanese ancestry were eventually detained. Held anywhere from a number of months to years in American-style concentration camps administered by the Department of Justice and the War Relocation Authority, among other agencies, men, women, and children suffered untold financial, legal, and emotional damages.

The DOR is held across the country so that the public will never forget this travesty of justice and is reminded that the majority of those imprisoned were US citizens and, in point of fact, also children. DOR is, therefore, not simply a day to remember the travails of Japanese Americans over seventy years ago. There are many reasons to pause this month to appreciate the accomplishments that have been logged in terms of the quest for redress as well as the challenges that lie before us.

Beyond the Civil Liberties Act of 1988, in 2015 all three men who legally resisted the racially focused curfew, removal, and incarceration were awarded the Presidential Medal of Freedom for their efforts. Fred Korematsu, Gordon Hirabayashi, and now Minoru Yasui paid the price for their resistance with jail terms in federal prisons. They were subsequently tagged as ex-convicts (albeit, prisoners of conscience) for the next four decades until their cases were re-heard and then “vacated” during the mid-1980s. Even though the Hirabayashi and Yasui medals were awarded posthumously, the larger Japanese American community can now bask in the realization that years of pro bono work by lawyers, activists, and thousands of ordinary people in terms of the coram nobis legal challenges eventually upheld the legality of these three men’s resistance in the court of law.

That said, 2016’s DOR is also a time to note that the quest for justice and fair play that is inherently linked to the coram nobis cases is finding expression in projects that are in development as we speak. As Min Yasui’s daughter, Holly, is completing a documentary that revolves around the life and commitments of her late father, dedicated teams of activists around the country are organizing educational forums to celebrate Min’s medal and centennial and also to place Min’s work for civil rights into today’s milieu. (See Minoru Yasui Tribute Project.)

At the same time, Gordon Hirabayashi’s memory is being inscribed on to the urban landscape of his hometown via Hirabayashi Place, a complex at the edge of Seattle’s International District that will offer a range of community services, including housing for seniors and day care for children.

For Fred Korematsu, we are the beneficiary of his daughter Karen’s tireless labor via the Fred T. Korematsu Institute. A nonprofit foundation based in San Francisco, the institute promotes Korematsu Day along with a wide range of educational endeavors designed to ensure that “guilt by reason of race” is never again an explicit or implicit rationale advanced by our government to penalize its own citizens.

And let us not forget the campaign, recently endorsed by the Japanese American Citizens League, to seek a Presidential Medal of Freedom for the late Mitsuye Endo, who was at the center of the case that shut down the WRA camps when the Supreme Court ruled that no US citizen could be imprisoned without due process of law.

Entailed in the three presidential medals is the salubrious conclusion that the Japanese American men and women who resisted the government’s wartime policies against persons of Japanese ancestry are not cowards, traitors, emperor worshipers, or any of the other slurs that were directed against JA resisters from the 1940s on. Rather, as UCLA’s Suyama Project website indicates, the real history of Japanese American resistance during the war has been hidden from public view. The Suyama Project is thus one of many efforts to dig up the buried past before it entirely slips away.

In sum, during this DOR, as ever, we remember with sadness the injuries of the war years, as well as how these were visited upon so many US citizens and legally resident first-generation Issei, who were unable to apply for naturalization because of their “race.” Now more than seventy years later, we can note, with pride, that those who fought against domestic wartime injustices are now recognized for their courage and willingness to speak truth to power no matter what the price.

Most important, we can see quite clearly that the Day of Remembrance held across the country is not just a matter of memories of the past but an ongoing vehicle for thinking about, understanding, and responding creatively to the justice-related challenges of the future.

Lane Ryo Hirabayashi is the George and Sakaye Aratani Professor of the Japanese American Incarceration, Redress, and Community at UCLA and author and editor of numerous titles, including Reversing the Lens (UPC), Common Ground (UPC), Japanese American Resettlement through the Lens (UPC), The Politics of Fieldwork: Research in an American Concentration Camp, and Teaching Asian America: Diversity & the Problem of Community. He is also the general editor of UPC's The George and Sakaye Aratani Nikkei in the Americas Series.