Conservation at a crossroads . . . again! 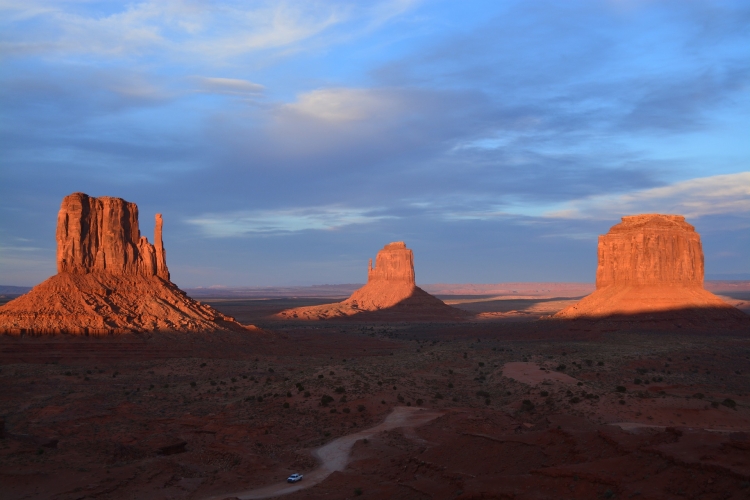 Natural resource conservation may be approaching a historic turning point.

Natural resource conservation may be approaching a historic turning point. After more than a century of aggressive land conservation, reflected in an ever-growing number of national parks, national forests, national monuments, and wilderness areas, the United States may reverse course; exploitation rather than conservation could once again become official policy. The Trump administration and some western politicians in the Republican-dominated Congress are proposing radical changes, starting with Utah’s national monuments. What can we anticipate?

Since the beginning of the twentieth century, every conservation measure, whether legislation or policy change, has faced intense opposition. With few exceptions, from the days of Teddy Roosevelt to the present, the contending forces in these contests have been remarkably similar. Proponents have been individuals and groups who wanted to save—to conserve—resources for aesthetic or utilitarian reasons, while opponents—typically “commodity” interests such as the forest products, mining, ranching, oil, and gas industries and their local political allies—favored immediate exploitation. They were the public face of what Colorado scholar Charles F. Wilkinson once described as the “lords of yesterday.” In terms of public opinion, there was no contest; conservation proponents always outnumbered their opponents. The real issue was whether conservationists’ enthusiasm could be translated into politically meaningful support.

The classic conservation battles of the last century illustrate this pattern. A famous early controversy arose over a campaign by western development interests to turn Hetch Hetchy Valley in Yosemite National Park into a reservoir to provide water for growing San Francisco. The underlying issue was clear: were national parks sacrosanct or simply lands set aside until some more attractive use emerged? The reservoir proponents ultimately had their way at Hetch Hetchy but conservationists also benefited from the experience. In the following months they mobilized supporters and persuaded Congress to pass the National Park Act of 1916, which created a National Park Service to manage the parks with an explicit mission of protection and preservation.

A similar conflict in the 1940s and 1950s featured a plan to flood Dinosaur National Monument in northwest Colorado to serve the region’s growing cities and industries. The National Park Service offered at best a tepid defense of the monument, forcing critics of the proposed dam to organize and appeal directly to the public. In the process of defeating the dam project, these critics mobilized a new generation of public lands enthusiasts. From that time their organizations, such as the Sierra Club and the Wilderness Society, have played highly visible and assertive roles in defending public lands from development schemes.

During the postwar years, the US Forest Service increasingly fell under the sway of the forest products industry, opening large areas of western national forests to logging. Conservationists responded with various legal and political maneuvers, including a major legislative innovation. Led by the Wilderness Society, they proposed a law that would permanently bar road building, construction, and mechanized activities from undeveloped public lands. The legislation faced intense opposition from the commodity interests and required nearly a decade of lobbying before it succeeded. The resulting Wilderness Act of 1964 authorized a wilderness preservation system that grew sporadically but dramatically in the following decades and now includes more than 100 million acres of public land.

Perhaps the most serious threat to conservation came in the 1980s, when the Reagan administration and its infamous Interior Secretary, James Watt, launched a full-scale attack on conservation. The environmental organizations and their allies in Congress fought back, and a period of intense turmoil followed. The president finally gave in, dismissed Watt, and called a de facto truce; he continued to resist new initiatives but no longer attempted to turn back the clock. Once again, a hostile political environment had spurred a new burst of activism that prevented significant changes in the status quo.

In the meantime, the social and especially the economic context in which these battles were fought was undergoing fundamental changes. The increasing automation of industrial processes greatly reduced employment in the commodity industries, and thus reduced the appeal of traditional arguments that conservation would cost jobs. In most cases the jobs were disappearing regardless of public policy. Moreover, by stimulating outdoor recreation and tourism, conservation typically increased local employment, serving as an ironic antidote to losses in the industrial sector. This rarely quieted the objections of those who feared for their profits, but it reflected a pattern of changing employment opportunities, particularly in the West, that would prove to be a long-term boon to the cause of conservation.

A second major development was a growing realization among scientists that the conservation victories of earlier years had been too meager to ensure the survival of most North American plants and animals. Far from “locking up” resources, as the commodity proponents had long argued, conservation had been only marginally effective in reducing the many threats to biodiversity. By the early twenty-first century, many scientists, echoing the prominent biologist E. O. Wilson, insisted that more lands and waters must be set aside. “Half for Nature” became their cry.

In the 1990s, the focus of conservation efforts also changed. Rather than national parks and forests, it was the supposedly forgotten and often neglected “rangelands,” managed by the lowly Bureau of Land Management, that attracted the greatest attention. One reason was a new emphasis on oil extraction, which soon overshadowed mining, logging, and even ranching on BLM lands. At the same time, federal government officials, led by Interior Secretary Bruce Babbitt, sought to carve out a niche for the BLM as a conservation agency. President Clinton and, later, President Obama backed this effort by designating a large number of national monuments designed to preserve the most scientifically and archeologically important of the BLM lands. Although public opinion strongly supported these actions, as well as a larger role for conservation generally, local economic interest groups protested and mobilized elected officials. With the election of Mr. Trump, conservation again faced a formidable opposition movement.

Seen in perspective, then, the current attacks on conservation are neither unprecedented nor particularly distinctive. And the backlash is already underway and gaining momentum. The fate of monuments, the BLM lands, and many native plants and animals in the western third of the country will depend on the interplay of these very familiar interests. It is impossible to say that conservation will once again gain the upper hand, but its defenders, unlike many of their predecessors, are starting from a substantially stronger position.

Daniel Nelson is professor emeritus of history at the University of Akron, where he taught business and labor history for three decades. He is the author of a half dozen books, including Northern Landscapes, A Passion for the Land, and the recently published Nature's Burdens: Conservation and American Politics, the Reagan Era to the Present, and more than fifty essays and articles on industrial history, public policy, and environmental topics. An enthusiastic hiker and gardener, he is also active in a variety of local and national environmental organizations.