This essay appears in Beautiful Flesh: A Body of Essays (2017), edited by Stephanie G'Schwind.

A bird’s pancreas looks very much like ours does, slim along the intestine.

Nearly every creature with a backbone has a pancreas, lungfish and lamprey eels and ray-finned fishes being notable exceptions. In mammals, the organ is always small, shown in anatomical drawings peeping from behind the stomach or duodenum of the lion, the rabbit, the chimpanzee: red in dogs, brown or green in frogs, pinkish tan in humans. The human pancreas looks like a fleshy leaf, like an ornament on a gilded painting offering glory to the gods. It reclines between duodenum and spleen, linked to both by elegant, fragile tubes, silent and unassuming until something goes awry.

This organ is not really an organ at all, but different kinds of cells living together. Doctors have known about the pancreas since the time of Socrates but for centuries had no idea what it did. Galen, physician to the Roman emperor, considered it a cushion for the blood vessels around it, with no other purpose. (Honestly, do blood vessels ever need a cushion?) Galen probably got that idea from Herophilus, the man who first described the pancreas. Herophilus made his discovery through a medical practice he had pioneered: public dissections of human bodies—perhaps even some not yet quite dead. Forbidden from continuing that tradition, Galen made do with pigs. Thanks to him, and to Roman law, the mystery of the pancreas extended into the twentieth century.

Two centuries ago, we called the organ “sweetbread.” Aristotle used the word pancreas, which means “all flesh” in Greek, but he might have been referring to all the glands of the body. (Translation can be such a pesky thing.) Galen called the organ he thought a cushion kalikreas, or “beautiful flesh.”

After the medical profession discarded that cushion idea, doctors considered the pancreas a waste collector: pancreas was to spleen as gall bladder is to liver. However, a Dutch medical student, who would later discover ovulation, proved the pancreas produced an important fluid. Two centuries before anesthesia was discovered, Regnier de Graaf sliced open dogs’ bellies and slid goose quills into their pancreatic ducts, so that the organ’s juices could not slip through the sphincter of Oddi and spill into the duodenum, as they should. Those hollow quills siphoned canine pancreatic elixir into jars tied under the dogs’ bellies.

Fortunately, de Graaf began his medical discoveries very young; he was killed by the bubonic plague when he was thirty-two. The year he succumbed to the plague, a Swiss doctor removed the pancreases of several dogs. Most of his research specimens ran away—they had been stolen, and ran back to their owners—but those that stayed grew thirstier and thirstier, urinated much, and died within a few months. So much for the waste collector idea.

In 1825, a New England doctor wrote down the recipe for an anti-tumor balm. Simmer one part rosin beeswax and four parts mutton suet. Add one ounce lead to a pound of salve. Simmer until lead dissolves. In the nineteenth century, treatments for cancer included hemlock, foxglove, belladonna, and blue rocket. All, like lead, are deadly poisons.

Other cancer remedies included directly applying to the patient’s body gastric juices, ox blood, slices of raw animal flesh, iodine, and copper acetate. Some doctors tried to starve out cancers by restricting their patients to distilled water; others instructed their patients to swallow dozens upon dozens of skinned, gutted, still-palpitating green lizards. In 1835 a doctor dismissed those treatments as quackery, instead recommending creosote and arsenic.

My mother’s oncologist wanted her to take Gemzar and Tarceva. We knew which of her fellow patients were on the first medication because of the flaming red rash that peeled thick layers of skin from their arms and faces; we recognized those on the second drug from the acne that bloomed on their middle-aged cheeks. They all died anyway.

Dr. Oddi, a late-nineteenth-century Italian physiologist—who dissected cats, chickens, dogs, humans, oxen, pigeons, pigs, and sheep, so he could draw their organs—compared the texture of the pancreas to raw silk. He became a depressive cocaine addict and was eventually tried in a court of law for killing one of his patients through overmedication. His name lives on as a pancreatic duct.

Don’t fuck with the pancreas: That’s the advice my mother’s general practitioner received in medical school. That same doctor gave Mom a clean bill of health three months before an oncologist gave her a terminal diagnosis. Five years before that “you’re-fine-oh-no-you’re-dying” chain of events, my mother had abdominal surgery at a military hospital. A troop of new Army doctors were paraded into the operating room to see my mother’s belly-parts splayed; they were invited to take probes and peek inside. My mother believed that someone, quite innocently, fucked with her pancreas. She felt no animosity toward that person, saying, “Well, they have to learn how to become doctors somehow.”

Before my mother’s stage-four diagnosis, the only thing I knew about the pancreas was that if it didn’t work properly you ended up with diabetes mellitus. Mellitus means “sweet like honey,” which describes the taste of a diabetic’s urine. Before insulin was available, diabetics were treated by limiting the carbohydrates they ate and feeding them fresh veal pancreas. Thirty-five hundred years ago, Egyptians wrote the symptoms of diabetes on a papyrus scroll, part of a medical treatise more than sixty feet long. In the 1870s, Georg Ebers, romance novelist and Egyptologist, found that papyrus scroll in Thebes and published a German translation. A surgeon who lived near the Euphrates River, Aretaeus, named the disease in the first century, describing it as a “liquefaction of the flesh and bones into urine.”

To the surprise of no one but my immediate family, not long after my mother was diagnosed with pancreatic cancer, she became diabetic.

For twenty-two years, until my mother married my father, she lived in a tiny house on Rust Avenue in small-town Michigan, with her mother, father, and older sister. For twenty-two years, five days a week, my grandfather came home from his job at the Big Rapids Gas Company, his work clothes laden with chemicals. After my mother married my father, they moved to a Southern California agricultural town. Several times each week throughout the long growing season, a crop duster buzzed our neighborhood, sprinkling its invisible, stinking dampness over our yard and home.

If you have any hope at all when you are diagnosed with pancreatic cancer, you will have a particular kind of cancer in a particular part of your pancreas, making you a candidate for the Whipple procedure. If that’s the case, a surgeon will carve out the upper third of your small intestine, your gall bladder, and most of your pancreas. The inventor of this magic act, Dr. Whipple, born in Iran in 1881, read Arabic, English, Farsi, French, Greek, Latin, and Turkish. (He had no need for pesky translations.)
If you are rich and well connected and excruciatingly lucky, you might finagle a liver transplant after your stage-four pancreatic cancer spreads to that organ. You can, for example, do what Steve Jobs did: hire someone to research all your options and learn that there is no waiting list for livers in Tennessee. Even if you go there and get a new liver, it’s only a temporary solution.

Jean Fernel, the father of physiology, explained that the pancreas was the seat of melancholy and hypochondria. Pancreatic cancer cured my mother of hypochondria and melancholy. She had often complained of this or that, sore joints and headaches and nagging coughs. After she received her pancreatic death sentence, her complaints evaporated. She slept well for the first time in decades; her arthritis vanished; the bone spurs in her feet no longer hurt. Unlike many pancreatic cancer patients, she did not become depressed. “I feel fine,” she said after being told her cancer was inoperable, and after being told there was nothing the doctors could do, and again after learning she had four to six months to live, and a final time two days before her death.

In a children’s book about how we die, translating frightful ideas for fresh young minds, I found a photograph of a human pancreas cell. It is gorgeously ugly, hideously beautiful: crimson globes embedded in a pinkish-tan oval, all nestled on a bed of cabbage-olive green, spun through with gossamer gold. 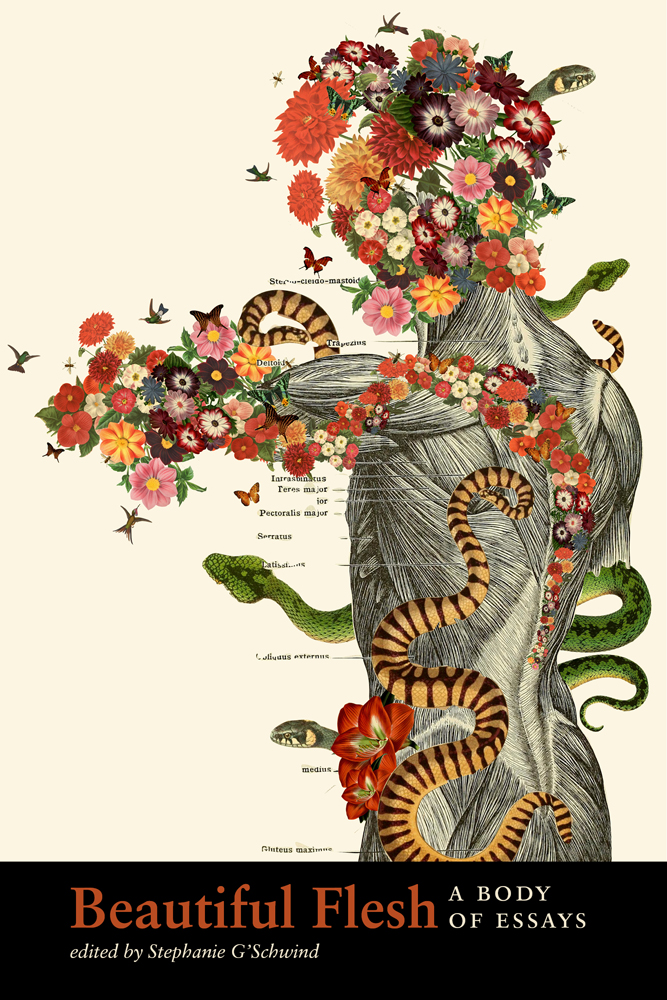 Wendy Call coedited Telling True Stories: A Nonfiction Writers' Guide and wrote No Word for Welcome, winner of Grub Street's National Book Prize. Artist residencies she completed at Harborview Medical Center and the American Antiquarian Society inspired her essay "Beautiful Flesh." She teaches at Pacific Lutheran University and lives in Seattle. To learn more about her work, go to www.wendycall.com and nowordforwelcome.com.