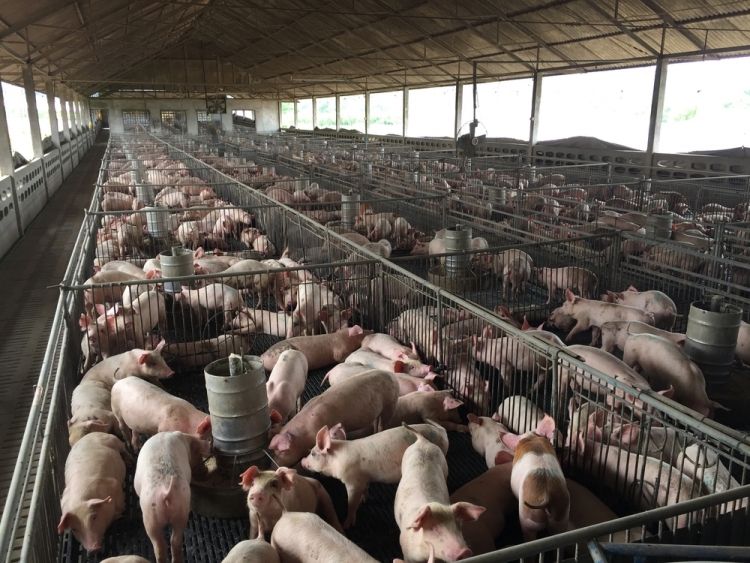 Imagination requires hope: at once a mode of survival and a form of resistance.

Hurricane Florence unleashed a sea of troubles—on land. For all its churning power and erosive impact on the Carolina coast, the storm’s most troubling ramifications came well ashore.

There its clout can be measured in the staggering amount of rain it dumped in its slow, meandering path across North and South Carolina. More than eight trillion gallons of water crashed down in a matter of three days. Among the hardest hit was low-lying Swansboro, North Carolina, which registered more than thirty-four inches of rain that swamped its streets, commercial district, and neighborhoods. Farther inland other towns and cities, whatever their topography, also went underwater, an inundation that took out utilities, flooded homes and businesses, and forced evacuation for tens of thousands of residents.

Even more devastating was Florence’s collision with what North Carolinians already knew were environmental disasters in the making. The state is home to vast pig-raising operations, and the waste of six million animals is routinely stored in unregulated cesspits close to North Carolina’s numerous watersheds; Florence’s floodwaters flushed out an unknown quantity of this odoriferous brew of blood, urine, and feces. When the storm’s rampaging waters hit a pair of coal-ash pits, which stored at least 400,000 cubic yards of residue from a Duke Energy coal-fired power plant, more toxins swirled into the already-polluted Cape Fear River.

Environmental justice activists had been fighting against these facilities, and their downstream consequences, long before Hurricane Florence roared over the horizon. To do so, they built a broad coalition of like-minded organizations, sought redress in the courts and legislature, and demonstrated in the streets. How that movement emerged, and the principles that define its actions, is the subject of Monica Mariko Embrey’s chapter in The Nature of Hope: Grassroots Organizing, Environmental Justice, and Political Change. She was one of the key contributors to the North Carolina movement’s development, which is why Jeff Crane and I invited her to write about her experiences in our new anthology.

As with Embrey’s essay, all those in The Nature of Hope intentionally counter the declensionist narratives that too often have framed environmental analyses and thereby have left little room to imagine a more humane and equitable society and to act in its pursuit. Imagination requires hope, which, as novelist Barbara Kingsolver asserts, is at once a mode of survival and a form of resistance. Her insight led us to tap a wide range of activists and academics to explore those moments when debate, reflection, and organizing have altered the tenor of activist politics, when civic engagement offered the hope that human agency could correct human error. The book’s title grew out of the book’s mission.

To make this case, The Nature of Hope focuses on the dynamics of environmental activism at the local level, examining the environmental and political cultures that have emerged in the context of conflicts over mining in national parks and efforts to mitigate and adapt to climate change. It also explores how communities disproportionately burdened by damage resulting from environmental racism, economic inequities, and spatial injustices have rallied to reclaim their political rights and restore their home-ground. Each chapter demonstrates—explicitly or implicitly—that local activism is essential to the preservation of democracy and the protection of the environment, broadly defined.

As The Nature of Hope examines fights over flood control, fracking, and community gardens in Texas; battles over nuclear fallout, the Dakota Access Pipeline, and copper mining; demands for better housing in Portland and higher wages in Los Angeles; and ongoing protests against the US border wall—among other struggles—it also reveals the unsung and unstinting efforts of women and men, the poor, marginalized, and dispossessed, to advocate for political change. We are convinced that these valiant efforts, whatever their success, underscore the galvanizing power of grassroots activism to serve as a compelling model of resistance, resilience, and regeneration.

New forms of environmental leadership are emerging as well from these transformative actions. Increasingly they are horizontal and local, not hierarchical and central; inclusive and intersectional, not exclusive and bounded. A “movement without leaders” is how Bill McKibben frames it. If we pay close attention to the critical implications that result from these innovative ideas and dynamic politics, we will better appreciate the crucial role that environmental activism can play in sustaining public health, civil society, and ecological integrity.

Put another way: The Nature of Hope is dedicated to the proposition that people and landscapes are deeply intertwined. To seek justice for one requires its pursuit for the other (and the Other). The environmental movement going forward must be wildly inclusive, for that will offer the best chance of creating a life-affirming future that is open, accessible, and just. A creation that will depend on, and be driven by, the nature of hope.

Char Miller is the W. M. Keck Professor of Environmental Analysis at Pomona College. He is the author, coauthor, or coeditor of twenty-nine books and a regular contributor of essays, commentary, and reviews to professional journals, newspapers, and online media.