Fish and Food of the Akulmiut 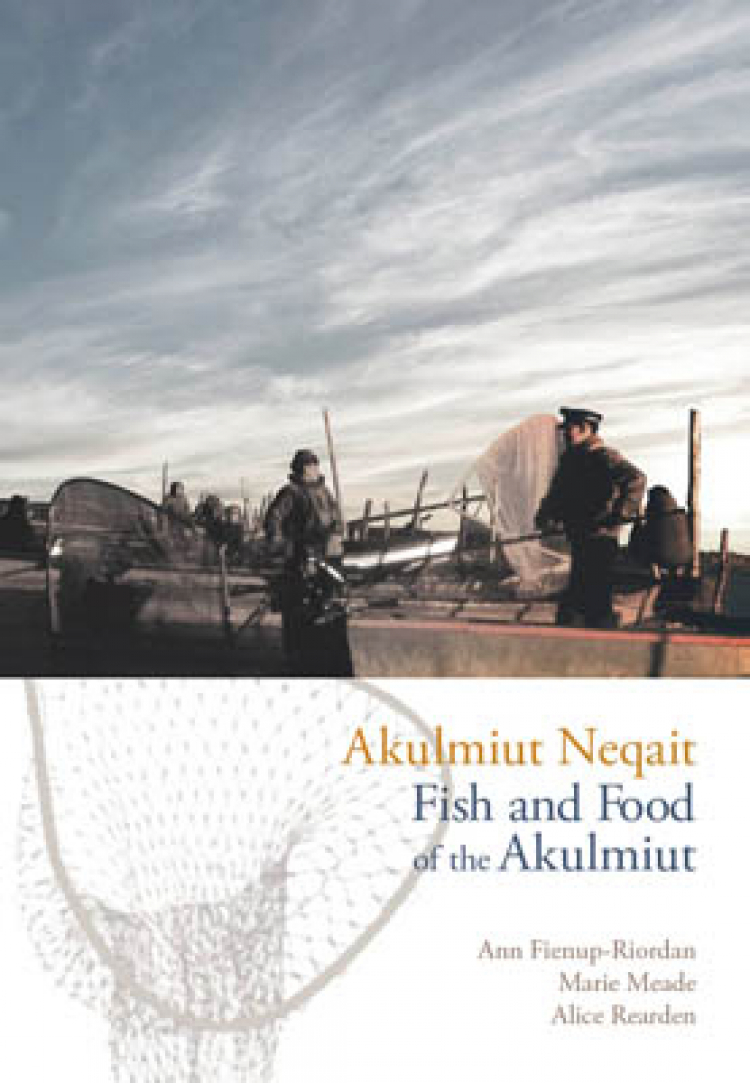 For centuries, the Akulmiut people—a Yup’ik group—have been sustained by the annual movements of whitefish. It is a food that sustains and defines them. To this day, many Akulmiut view their actions in the world, as well as their interactions with each other, as having a direct and profound effect on these fish. Not only are fish viewed as responding to human action and intention in many contexts, but the lakes and rivers fish inhabit are likewise viewed as sentient beings, with the ability to respond both positively and negatively to those who travel there.

This bilingual book details the lives of the Akulmiut living in the lake country west of Bethel, Alaska, in the villages of Kasigluk, Nunapitchuk, and Atmautluak. Akulmiut Neqait is based in conversations recorded with the people of these villages as they talk about their uniquely Yup’ik view of the world and how it has weathered periods of immense change in southwest Alaska. While many predicted that globalization would sound the death knoll for many distinctive traditions, these conversations show that Indigenous people all over the planet have sought to appropriate the world in their own terms. For all their new connectedness, the continued relevance of traditional admonitions cannot be denied.

Ann Fienup-Riordan has lived and worked in Alaska since 1973. She has written and edited more than twenty books on Yup’ik history and oral traditions. Her most recent book with the University of Alaska Press is Yungcautnguuq Nunam Qainga Tamarmi/All the Land's Surface is Medicine: Edible and Medicinal Plants of Southwest Alaska.

Marie Meade is a fluent Yup'ik speaker and an expert translator. She teaches Yup'ik at the University of Alaska Anchorage.

Alice Rearden is a fluent Yup’ik speaker, and the primary translator and oral historian for the Alaska Council for Exceptional Children. They Say They Have Ears Through the Ground: Animal Essays from Southwest Alaska

A Community History of Eagle, Circle, and Central The History of Bow-and-Arrow Warfare in Southwest Alaska