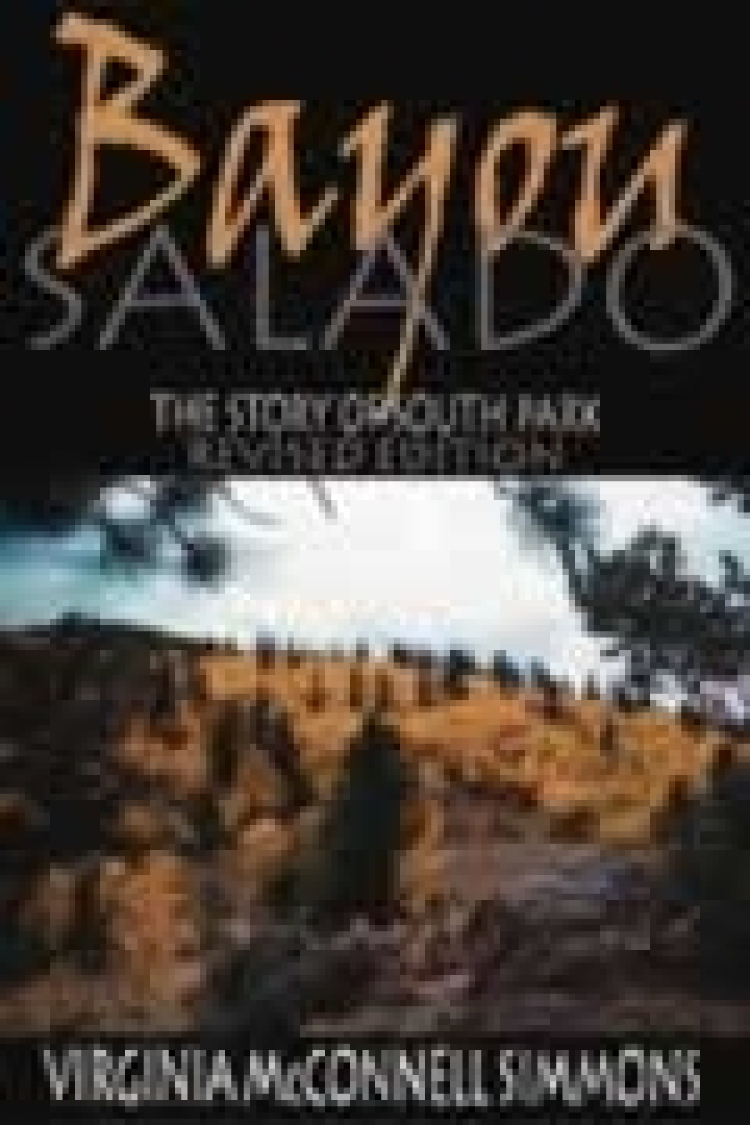 First published in 1966, Bayou Salado is an engaging look at the history of a high cool valley in the Rocky Mountains. Now known as South Park, Bayou Salado once attracted Ute and Arapaho hunters as well as European and American explorers and trappers. Virginia McConnell Simmons's colorful accounts of some of the valley's more notable residents—such as Father Dyer, the skiing Methodist minister-mailman, and Silver Heels, the dancer who lost her legendary beauty while tending to the ill during a smallpox epidemic—bring the valley's storied past to life.

Virginia McConnell Simmons is the author of The Ute Indians of Utah, Colorado, and New Mexico (UPC), The San Luis Valley: Land of the Six-Armed Cross (UPC), and Bayou Salado (UPC), as well as hundreds of articles for journals, magazines, and newspapers. Firearms of the American West