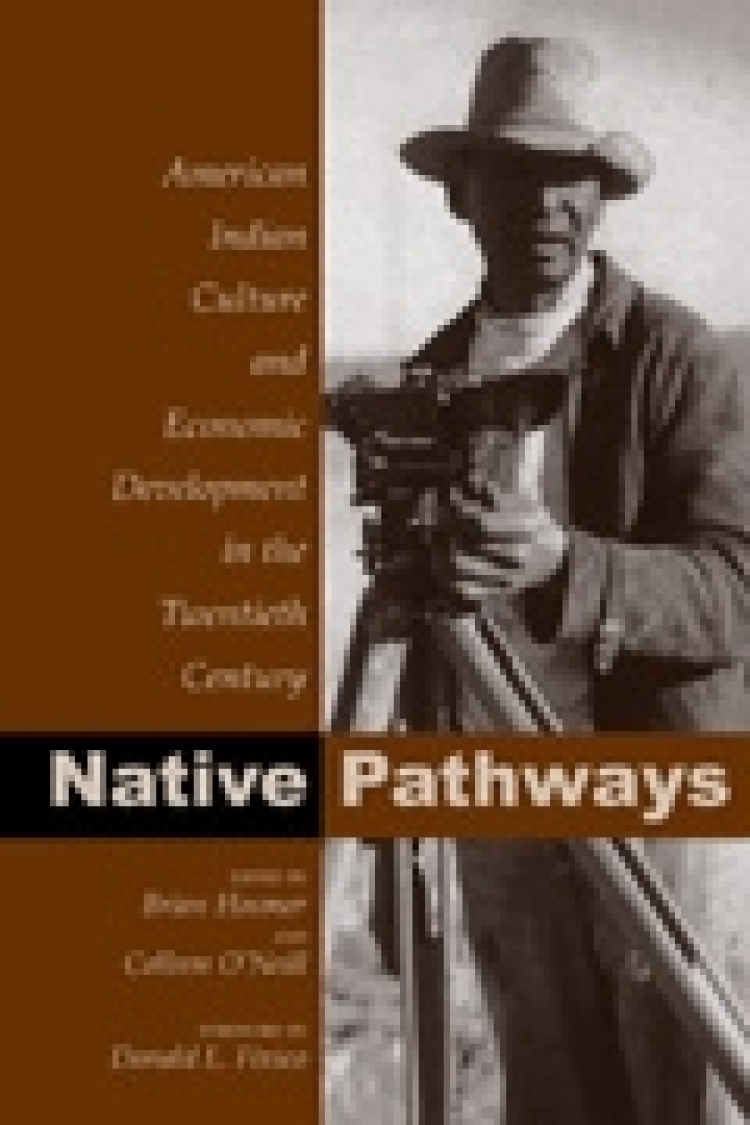 "Federal policy makers and 'development' experts have steadfastly insisted that Native American cultural assimilation follows from heavy-handed manipulation of the tribes' economic bases. And Native cultures have in fact adjusted. But they have not assimilated. Brian Hosmer and Colleen O'Neill have edited an important collection of essays that examines this dynamic. The book's major theme is that imposed (and voluntary) economic changes often have strengthened, not erased, Native cultural identity. An important contributing factor to this result is a second theme: Natives have integrated work and economic development with other components of their own distinctive world views such as kinship and spirituality. . . . This anthology is clearly important for scholars of Native American life. Beyond that, it should be required reading for any nonacademics involved in Native 'development' and its policy infrastructure."
—The Journal of American History

"[An] excellent edited volume about economic devlopment and modernization in Native American societies during the twentieth century. This book is clearly important for providing a panoply of examples of how the dualisms in these theories fail to describe historical changes in Native American communities. . . . insightful and well-argued case studies defy the old dualistic assumptions and help move the larger theoretical discussion along. . . . I highly recommend this volume for both undergraduate and graduate classes in anthropology, Native American studies, and history, but also in sociology and political science."
—Journal of Anthropological Research

"An important, indeed pivotal, work, which brings together Native American culture and economic theory. It should be of interest to students of Indian history and cultures as well as economists, development specialists, tribal leaders, and the business community."
—Rennard Strickland, University of Oregon

"Presented as a multi-disciplinary collection, the book's contributors include eleven historians, three/four anthropologists, and one/two sociologists. However, most authors show a keen disregard for disciplinary fences, and their contributions are written in a fresh and engaging manner that makes them accessible for a broader readership."
—Ullrich Kockel, University of Ulster; Social Anthropology

How has American Indians' participation in the broader market—as managers of casinos, negotiators of oil leases, or commercial fishermen—challenged the U.S. paradigm of economic development? Have American Indians paid a cultural price for the chance at a paycheck? How have gender and race shaped their experiences in the marketplace? Contributors to Native Pathways ponder these and other questions, highlighting how indigenous peoples have simultaneously adopted capitalist strategies and altered them to suit their own distinct cultural beliefs and practices.

Brian Hosmer is associate professor of history and American Indian studies at the University of Illinois at Chicago and director of The Newberry Library's D'Arcy McNickle Center for American Indian History.

Race, Place, and Discrimination in a Costa Rican High School They Sang for Horses

The Impact of the Horse on Navajo and Apache Folklore