Contact, Commerce, and Change in the U.S. Southwest and Northwestern Mexico 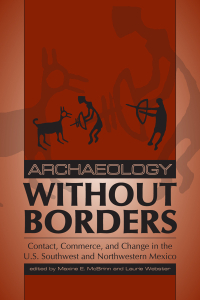 Proceedings of the 2004 Southwest Symposium

Archaeology without Borders presents new research by leading US and Mexican scholars and explores the impacts on archaeology of the border between the United States and Mexico. Including data previously not readily available to English-speaking readers, the twenty-four essays discuss early agricultural adaptations in the region and groundbreaking archaeological research on social identity and cultural landscapes, as well as economic and social interactions within the area now encompassed by northern Mexico and the US Southwest.

Maxine E. McBrinn is a postdoctoral research scientist at the Field Museum in Chicago.

Laurie D. Webster is a visiting scholar in the Department of Anthropology at the University of Arizona.