Archaeology in the Mixteca Alta, Mexico 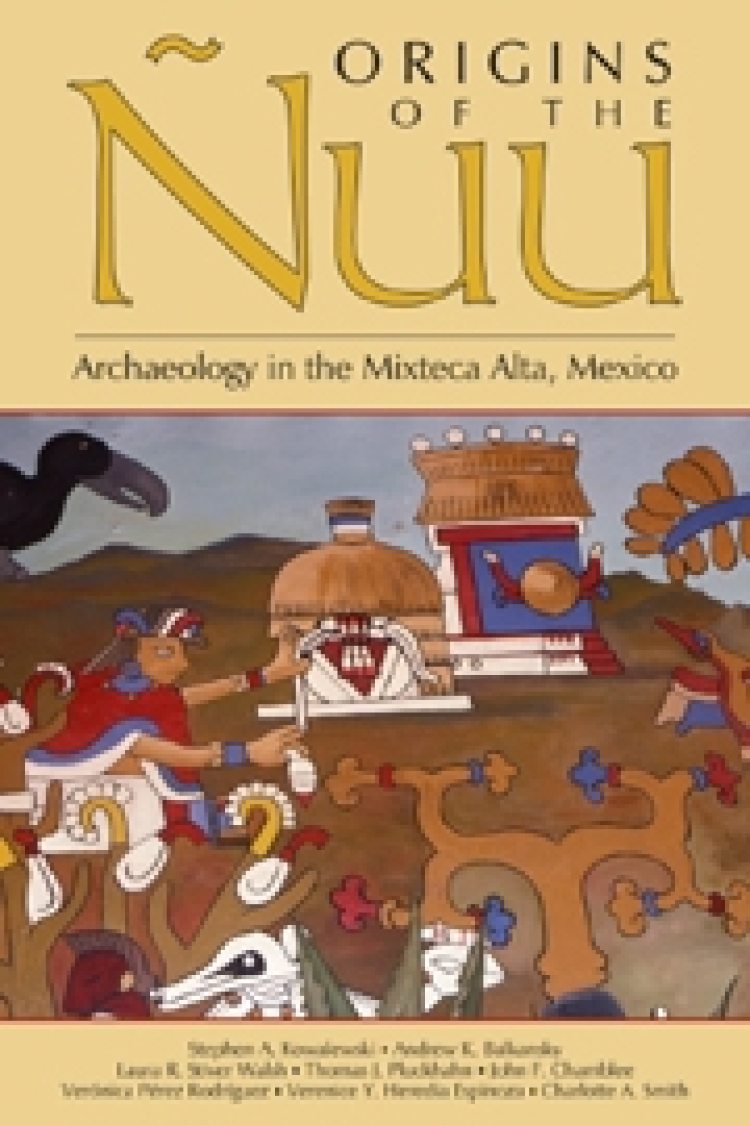 "This volume is a major contribution to Mesoamerican archaeology that every scholar will want to read for the vital information it provides on regional state development and population integration. It will be used and referenced by generations of archaeologists interested in cultural development in the Mexteca Alta and its broader role in the emergence of economic and religious institutions through Mesoamerica."
—Kenneth Hirth, Journal of Anthropological Research

Combining older findings with new data on 1,000 previously undescribed archaeological sites, Origins of the Ñuu presents the cultural evolution of the Mixteca Alta in an up-to-date chronological framework.

The Ñuu—the kingdoms of the famous Mixtec codices—are traced back through the Postclassic and Classic periods to their beginnings in the first states of the Terminal Formative, revealing their origin, evolution, and persistence through two cycles of growth and collapse. Challenging assumptions that the Mixtec were peripheral to better-known peoples such as the Aztecs or Maya, the book asserts that the Ñuu were a major demographic and economic power in their own right.

Older explanations of multiregional or macroregional systems often portrayed civilizations as rising in a cradle or hearth and spreading outward. New macroregional studies show that civilizations are products of more complex interactions between regions, in which peripheries are not simply shaped by cores but by their interactions with multiple societies at varying distances from major centers. Origins of the Ñuu is a significant contribution to this emerging area of archaeological research.

Dr. Stephen A. Kowalewski is a professor of anthropology at the University of Georgia and has done fieldwork in the Southwest, Georgia, and Mexico. The other authors are highly experienced archaeologists participating in the biggest single archaeological survey project in Mesoamerica, hold various teaching and research positions, and continue their fieldwork in the Mixteca Alta as well as other areas.

Chiapas Under the Threat of Napoleon