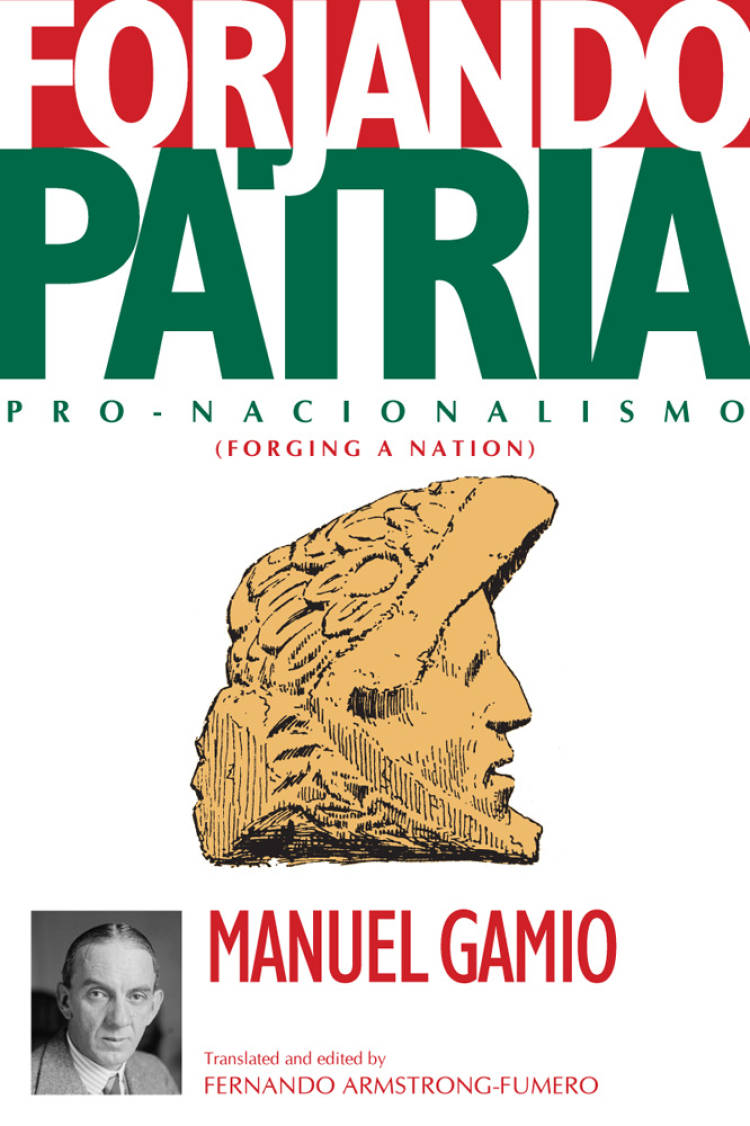 translated and edited by Fernando Armstrong-Fumero

"Armstrong-Fumero has done a great service to Mexican studies in particular and anthropology in general by translating Manuel Gamio's classic Forjando Patria: Pro-nacionalismo. Gamio has an important place in the history of anthropology for his ties to Boas and the cultural relativist school, the role of anthropologists in national projects, 'native ethnography,' and more. Summing Up: Essential."
—A.F. Galvez, CHOICE

"A valuable historical source for studying the development of anthropology, and the role it can play in a country's development."
—Aleksandar Boskovic, Journal of the Royal Anthropological Institute

"Armstrong-Fumero has made this poetic text accessible to a modern Anglophone reader."
—Anne Warren Johnson, Journal of Anthropological Research

"This new English edition of Forjando Patria should be read by everyone with an interest in the changing concepts of nationalism, nation building, state formation, cultural assimilation and inter-ethnic relations, which today should be understood in the context of a globalised, post-colonial struggle for world domination."
—Eduardo Williams, El Colegio de Michoaca­n, Bulletin of Latin American Research

Often considered the father of anthropological studies in Mexico, Manuel Gamio originally published Forjando Patria in 1916. This groundbreaking manifesto for a national anthropology of Mexico summarizes the key issues in the development of anthropology as an academic discipline and the establishment of an active field of cultural politics in Mexico. Written during the upheaval of the Mexican Revolution, the book has now been translated into English for the first time.

Armstrong-Fumero's translation allows readers to develop a more nuanced understanding of this foundational work, which is often misrepresented in contemporary critical analyses. As much about national identity as anthropology, this text gives Anglophone readers access to a particular set of topics that have been mentioned extensively in secondary literature but are rarely discussed with a sense of their original context. Forjando Patria also reveals the many textual ambiguities that can lend themselves to different interpretations.

The book highlights the history and development of Mexican anthropology and archaeology at a time when scholars in the United States are increasingly recognizing the importance of cross-cultural collaboration with their Mexican colleagues. It will be of interest to anthropologists and archaeologists studying the region, as well as those involved in the history of the discipline.

Fernando Armstrong-Fumero is an associate professor of anthropology at Smith College. He has conducted research in Maya-speaking communities in Yucatan, Mexico, since 1997.