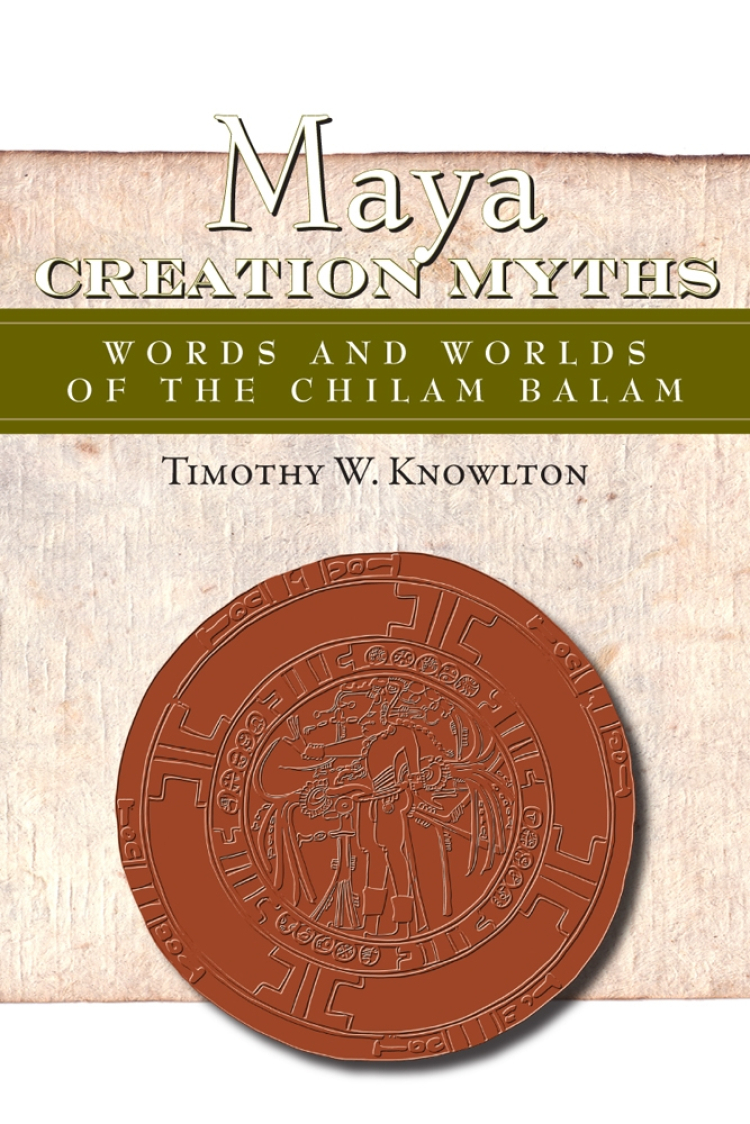 "The Chilam Balam books of Yucatan rank with the Popol Vuh as major works of Maya literature, and the most important book about them is this one. Timothy Knowlton's interpretation is the most insightful, sophisticated, and nuanced that has ever been written."
—Dennis Tedlock, State University of New York at Buffalo

"Rewarding and fascinating . . . obviously a book that is compulsory reading for all scholars of colonial Yucatà­n, of Maya literature, and of Maya history before and after the Spanish conquests. But it will also be of considerable interest to a wider group of sepcialists, including Mayanists of all stripes and scholars of colonial encounters throughout throughout the Americas."
—Matthew Restall, Hispanic American Historical Review

"This volume should be read not only by all Mayanists, but also by those concerned concerned with processes of transculturation, for which it provides valuable new insights."
—Marvin Cohodas, Bulletin of Latin American Research

"Knowlton's work is extremely well researched, documented and illustrated . . . the insight Knowlton offers into the religious worldview of the Mayan culture as it struggled with adapting to Spanish Roman Catholicism is tremendous . . . there are many nuggets of gold to discover here."
—Robert Danielson, Missiology

"[Knowlton] has contributed much to understanding the historical circumstances that affected the creation, perpetuation, and preservation of the cultural knowledge embedded in these important documents."
—Dean E. Arnold. Field Museum of Natural History, Journal of the Royal Anthropological Institute

"Timothy Knowlton . . . explores a group of accounts in the Chilam Balam of Chumayel in insightful new ways that are accessible to the nonspecialist. Knowlton combines new understandings of earlier hieroglyphic texts, recent research on Maya languages, and a knowledge of both pre-Columbian and colonial religious thinking to reinterpret these texts."

There is no Classical Yucatecan Maya word for "myth." But around the close of the seventeenth century, an anonymous Maya scribe penned what he called u kahlay cab tu kinil, "the world history of the era," before Christianity came to the Peten. He collected numerous accounts of the cyclical destruction and reestablishment of the cosmos; the origins of gods, human beings, and the rituals and activities upon which their relationship depends; and finally the dawn of the sun and the sacred calendar Maya diviners still use today to make sense of humanity's place in the otherwise inscrutable march of time. These creation myths eventually became part of the documents known today as the Books of Chilam Balam.

Maya Creation Myths provides not only new and outstanding translations of these myths but also an interpretive journey through these often misunderstood texts, providing insight into Maya cosmology and how Maya intellectuals met the challenge of the European clergy's attempts to eradicate their worldviews. Unlike many scholars who focus primarily on traces of pre-Hispanic culture or Christian influence within the Books of Chilam Balam, Knowlton emphasizes the diversity of Maya mythic traditions and the uniquely Maya discursive strategies that emerged in the Colonial period.

This book will be of significant interest to Maya scholars, folklorists, and historians, as well as students and scholars of religion, cosmology, and anthropology.

Timothy Knowlton is an assistant professor of anthropology at Berry College.