by Hiroshi Kashiwagi, edited with an introduction by Tim Yamamura 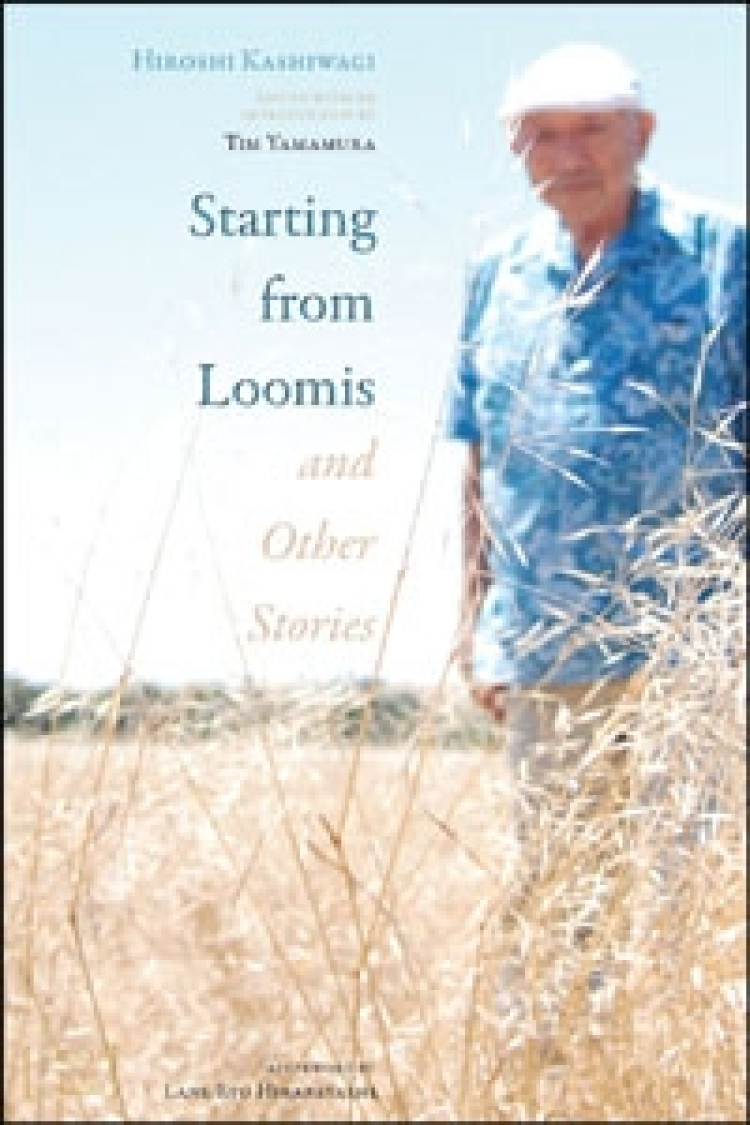 "It is in fact everything that Kashiwagi doesn't say, everything between the lines of his pen, everything hovering so delicately above the narrative, that is so heartbreaking and painful. . . . These stories recuperate from erasure the history of Japanese American immigration and wartime detention, especially that of the Tule Lake incarceration, and the sensibilities and trauma of a Nisei whose long life, creative talents, and desire to write have allowed him to reflect on this past."
—Karen Tei Yamashita, University of California, Santa Cruz

"When you're listening to Nisei talk, you'll hear the phrase, 'Before the war . . . ,' followed by a momentary pause or silence. Hiroshi Kashiwagi fills that silence with a rich and evocative narrative voice rooted in the American literary landscape named Loomis."
—Shawn Wong, University of Washington

"Hiroshi Kashiwagi has never been an ​'inside-the-box​' sort of writer, playwright, poet or performer, and his memoir is no different.​ ​. .​ ​.​ ​His writing style is conversational and easy to read, but readers beware. Once in a while, Kashiwagi packs a sucker-punch in his understated narrative, letting readers know that what is unsaid is just as powerful as what he has imparted."
—Nichi Bei Weekly

A memoir in short stories, Starting from Loomis chronicles the life of accomplished writer, playwright, poet, and actor Hiroshi Kashiwagi. In this dynamic portrait of an aging writer remembering himself as a younger man, Kashiwagi recalls and reflects upon the moments, people, forces, mysteries, and choices—the things in his life that he cannot forget—that have made him who he is.

Central to this collection are Kashiwagi's confinement at Tule Lake during World War II, his choice to answer "no" and "no" to questions 27 and 28 on the official government loyalty questionnaire, and the resulting lifelong stigma of being labeled a "No-No Boy" after his years of incarceration. His nonlinear, multifaceted writing not only reflects the fragmentations of memory induced by traumas of racism, forced removal, and imprisonment, but also can be read as a bold personal response to the impossible conditions he and other Nisei faced throughout their lifetimes.

Hiroshi Kashiwagi is a Nisei writer, playwright, and actor and the winner of the American Book Award in 2005 for Swimming in the American: A Memoir and Selected Writings.