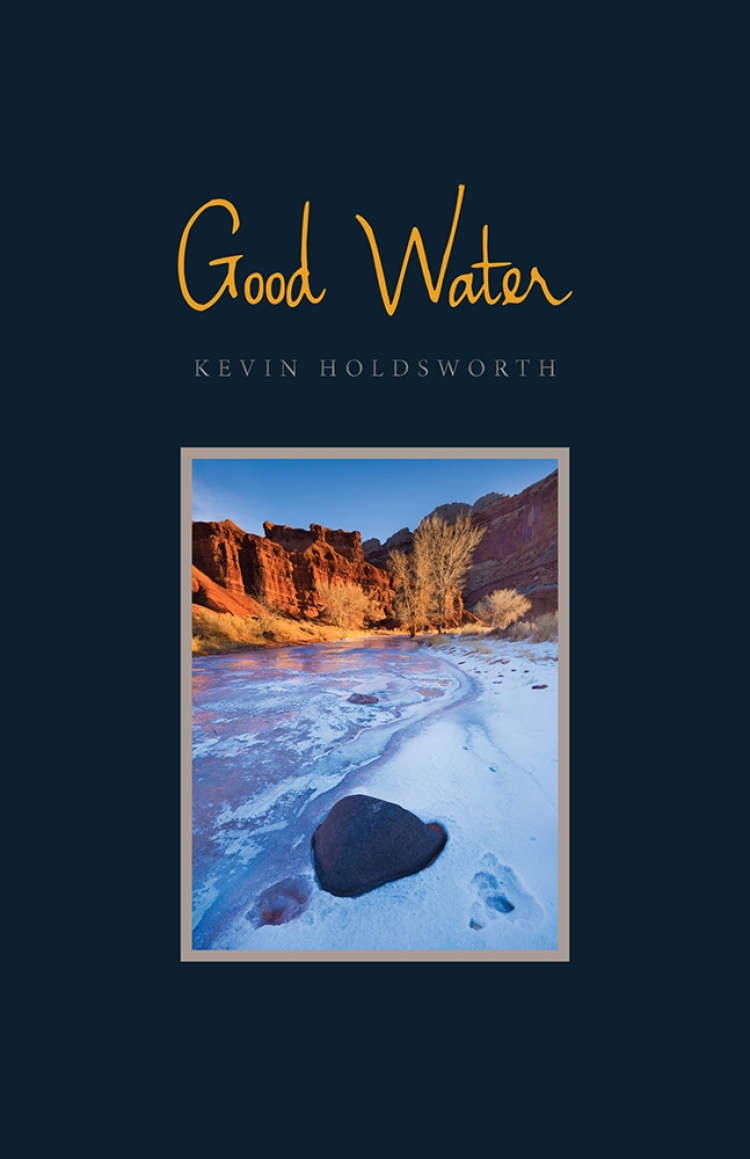 “Told honestly, ruthlessly, told lyrically, told philosophically, consistently entertaining, sometimes inspiring, sometimes tragic, describing how people here, other ‘Good Waterites,’ have survived, or have not, or struggle to, in this ‘otherworldly’ place—Holdsworth’s stories unfold seamlessly, are interwoven with his presentation of serious environmental issues, issues with which he has been involved firsthand and which he speaks of from his own personal perspective.”
—Carol Henrikson, Trinity College

“Holdsworth ranks among the West’s most distinctive voices.”
—Julianne Couch, author of Traveling the Power Line

"Good Water by Kevin Holdsworth is unvarnished memoir and evocative biography of place.​ ​But the author also populates the high desert of south-central Utah with complex characters you couldn’t possibly get to know from a distance; they must be lived with, up close.​"

"This collection is funny, clever, pleasant, and engaging as history and as reflections of an exceptional topography. The book is also indulgent, sympathetic, and humane. Holdsworth’s affection and enthusiasm for Good Water and for Wayne County are contagious and, when you get a chance to read these essays, they will entice you to the periphery, too​.​"

"Holdsworth's discussion of land issues in the desert West represents the complicated nature of being local and concerned about the future of a place. . . . [W]hat he does best is give a voice to locals that's usually underanalyzed in western writing."
—Western American Literature

In essays that combine memoir with biography of place, Kevin Holdsworth creates a public history of the land he calls home: Good Water, Utah. The high desert of south-central Utah is at the heart of the stories he tells here—about the people, the “survivors and casualties” of the small, remote town—and is at the heart of his own story.

Holdsworth also explores history at a personal level: how Native American history is preserved by local park officials; how Mormon settlers adapted to remote, rugged places; how small communities attract and retain those less likely to thrive closer to population centers; and how he became involved in local politics. He confronts the issues of land use and misuse in the West, from the lack of water to greed and corruption over natural resources, but also considers life’s simple pleasures like the value of scenery and the importance of occasionally tossing a horseshoe.

Good Water’s depiction of modern-day Utah and exploration of friendships and bonding on the Western landscape will fascinate and entice readers in the West and beyond.

Kevin Holdsworth is the author of Big Wonderful: Notes from Wyoming and Good Water. His work has appeared in numerous periodicals, including Cimarron Review, Post Road, Creative Nonfiction, and Denver University Law Review. In 2009 he was awarded the Wyoming Arts Council creative writing fellowship for fiction. He lives with his wife, Jennifer, and son, Chris, in south-central and southern Utah. Secrets of the Greatest Snow on Earth

Weather, Climate Change, and Finding Deep Powder in Utah's Wasatch Mountains and around…

The Man Who Thought He Owned Water

On the Brink with American Farms, Cities, and Food