A Lamp Brighter than Foxfire 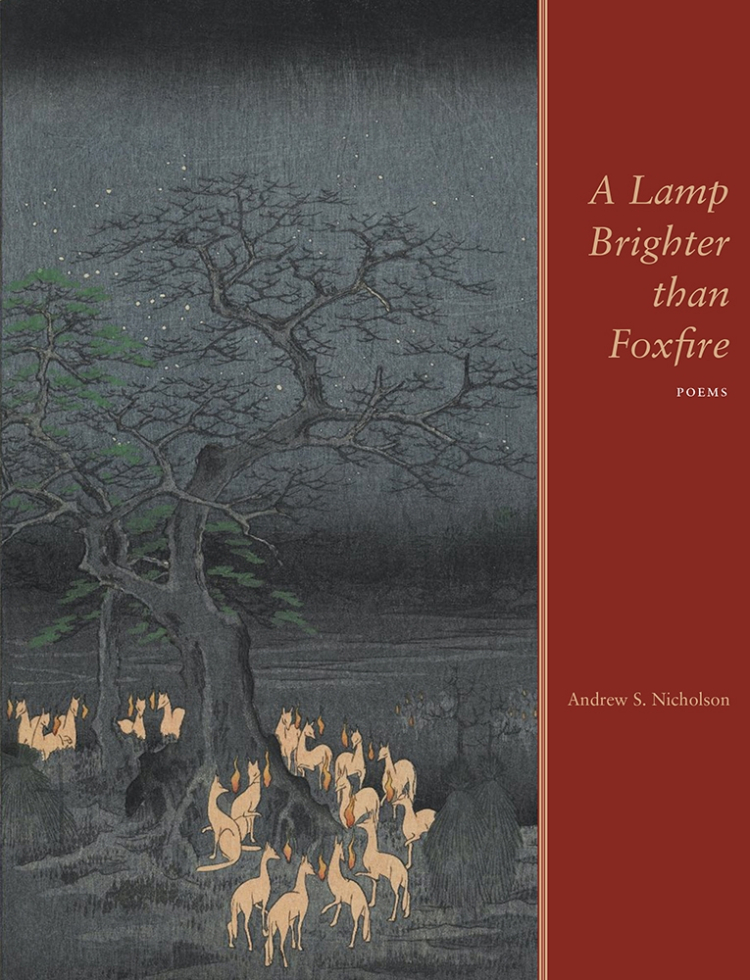 "In Andrew S. Nicholson’s A Lamp Brighter than Foxfire, what is most alive is color, that which gives itself freely, generously: ‘Follow the hopeful as they green the day’ (‘My Garage Fills with an Ever-Increasing Number of Dandelions’). Threaded throughout with Genesis, wherein Jacob wrestles an angel, this gorgeous debut collection builds a ladder firmly rooted here: in sun and earth; in varying and multiple shades of orange; in trials of father and son; in books and paintings; in abandoned casinos; in countries far from home; and/or in the sound of a door closing. Nicholson’s poems come from a man standing by himself, in what George Oppen called the ‘shipwreck of the singular,’ which includes everybody. I’m moved by the luminous generosity, the moral clarity of this work. A Lamp Brighter than Foxfire is news that will stay news.”
—Claudia Keelan, author of The Devotion Field, Missing Her, and O, Heart

"'Who doesn’t nurse a secret love?' asks Andrew S. Nicholson in visionary poems that reveal secret worlds cradled inside this one. Whether considering the casinos of Las Vegas, a fresco in Pompeii, or scenes from the Hebrew Bible, the poet endures one of desire’s more fraught paradoxes: its unchanging ability to bring change, to turn the known into the unknown. These poems bravely attend to such transformations the way Jacob—the book’s patron saint—wrestles with the angel, 'lifting all the flesh / that he can lose.' I admire this poet who knows that blessing doesn’t arrive without loss, who remembers 'I was loved once. / Beneath that love, a kindness took root.' The same sweet feeling lingers long after this book is closed. Dear reader: savor it."
—Brian Teare

"Andrew S. Nicholson’s A Lamp Brighter than Foxfire is a gorgeous book. His graceful, playful poems enchant us ('I try to make out the stranger’s face, but he’s shrinking: / a melting gray blur, an ever-smaller thorn.') and transform us ('Sink into the bathwater, any way is a way / to journey toward that joining'). Nicholson has become one of the great poets of a new and radical kind of pastoral."
—Joseph Lease

Opening the space between the ordinary and the visionary, the poems in A Lamp Brighter than Foxfire uncover an intimate relationship with the world, from Las Vegas to Italy to the American Midwest. From a lime glowing in an orchard to a miraculous childhood attempt at levitation, Andrew S. Nicholson’s poems ground themselves in the commonplace and leap for the luminous. Central to this collection are poems that retell stories of Jacob from the Old Testament, relocated behind casinos, glimpsed in miniature on kitchen floors, and heard speaking in a moment of decay. Through these retellings, Nicholson examines the creation of self, family relationships, and a generative sense of the divine.

The City She Was