Through the Lens of Time 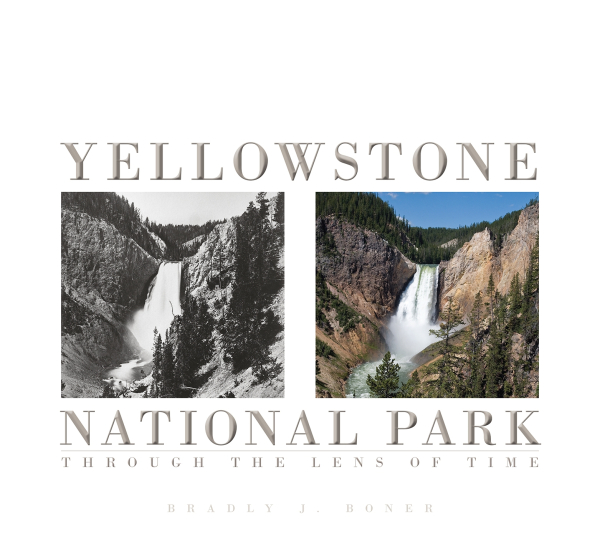 "Brad Boner's stunning contemporary photographs do more than duplicate William Henry Jackson's 1871 pioneering images, among the first to capture Yellowstone's magnificence. Every page of Boner's and Jackson's mirrored photos celebrate Yellowstone's preservation. Scene after scene from Through the Lens of Time fill us with comforting timelessness, along with magical new discoveries."

—Marlene Diehl Merrill, editor of Yellowstone and the Great West

"Jackson is a legend among landscape photographers, but this is the first complete published collection of his images from the 1871 survey. Surely a fulfilling achievement on a personal level for Mr. Boner, his book is a magnificent tribute to all who helped protect Yellowstone and have continued to care for it."

"Boner's photojournalism skills show in the decorative photographs that grace the book, and the matches tell a rich story of change—and lack thereof—in landscapes that have not endured the ravages of multiple use and development. . . his 'lens of time' shows both a love of America's most popular national park and the challenges of managing the unmanageable."
—Pacific Northwest Quarterly

Pioneer photographer William Henry Jackson’s photographs from the 1871 Hayden Survey were instrumental in persuading Congress to designate Yellowstone as a national park—America’s first and greatest experiment in the preservation of an extraordinary landscape. Yellowstone National Park: Through the Lens of Time is an extended visual essay presenting Jackson’s images paired with breathtaking color rephotographs of each view from photojournalist Bradly J. Boner. These contemporary comparisons to Jackson’s originals reveal just how well that experiment has stood the test of time.

Yellowstone is always changing. The Grand Canyon is getting deeper and wider as the Yellowstone River carves a chasm into the earth. The flows of the great hot springs at Mammoth are creating new layers of delicate, colorful cascades and leaving the old terraces to crumble in decay. Roads, bridges, and pathways wind through the park, and there are restaurants, campgrounds, and hotels. Yet even with the impact of humanity, Yellowstone remains remarkably intact, evidence that the effort to preserve and sustain the park for future generations has been a success.

Combining more than 100 gorgeous “then and now” sets of photographs—the first complete published collection of Jackson’s images from the 1871 Hayden Survey and a result of Boner's three years of work rephotographing them—with history, extensive notes, and personal tales, Yellowstone National Park: Through the Lens of Time pays homage to the park’s early history and its present state, and offers a glimpse into the future. The great experiment of Yellowstone—which captivates millions of visitors from all corners of the globe each year—has transcended generations and should be maintained for generations to come.

The University Press of Colorado and the author gratefully acknowledge the generous contributions of the many donors to the Kickstarter campaign supporting the publication of this book. A complete list of donors can be found here.

Bradly J. Boner is chief photographer for the Jackson Hole News&Guide and the photo editor of Jackson Hole Magazine and Images West magazine. His career as a photojournalist spans almost two decades of documenting some of the most culturally rich corners of the American landscape. He strives to capture the essence and spirit of the subjects in his images and uses photography to illustrate his love of the outdoors. This is his first book.