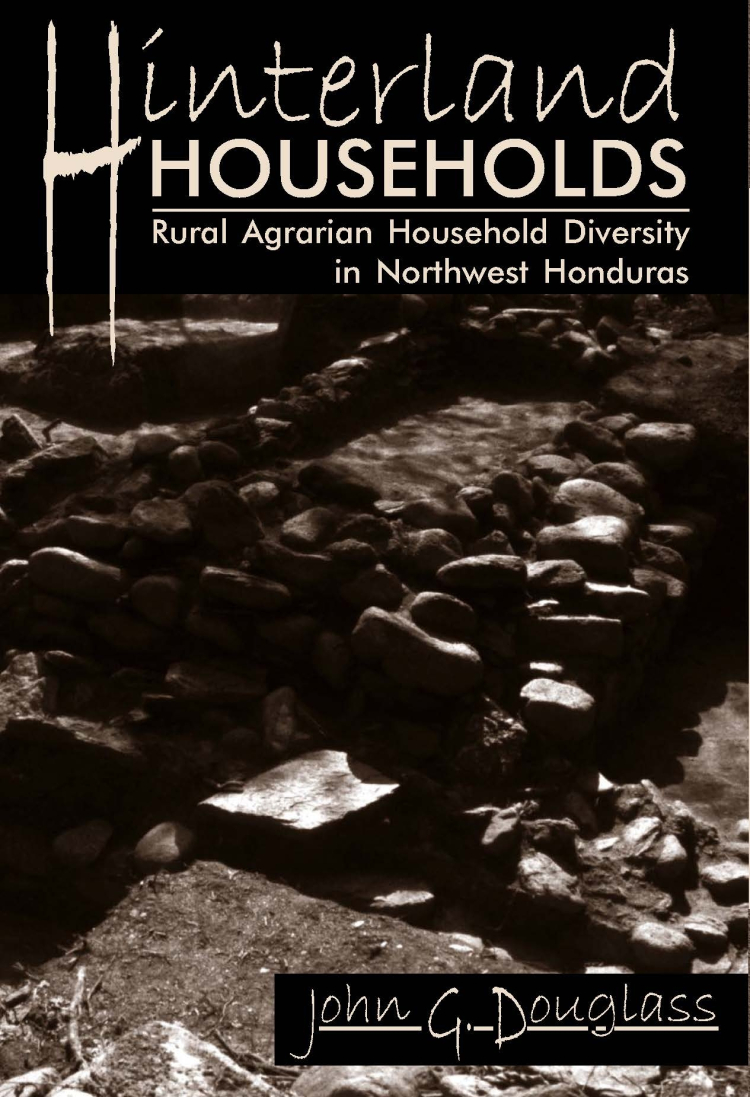 "This book is in the great tradition of settlement pattern surveys . . . and is fused with the recent development of household archeaology. . . . Those who read it will find that it has great methodological significance, not just for the Maya area but also for other areas of the world as well. It is an important book."
—Dean E. Arnold, Wheaton College

The rural sector of agrarian societies has historically been viewed as composed of undifferentiated households primarily insterested in self-sufficiancy. In more recent times, households have been seen as more diverse than previously thought, both internally (within a single, cooperative unit) and comparatively, but they are still poorly understood.

In Hinterland Households, John G. Douglass lays out a new understanding of rural househoulds by investigating the basis of diversity and differentiation as well as the sources for variation in household wealth, production, and size in pre-Colonial Central America. Through the analysis of Late Classic (A.D. 600-950) household sites located in northwest Honduras's Naco Valley, Douglass tests four competing models of household wealth and production. He evaluates the basis and relative importance of rural household diversity as it relates to social complexity, rural/urban interactions between the center and periphery of Late Classic Culture, and access to natural resources.

John G. Douglass is the director of of research and standards at Statistical Research, Inc. and is also a visiting scholar at the University of Arizona’s School of Anthropology. He has undertaken archaeological research in California, the American Southwest and Midwest, Honduras, and Belize over the past twenty-five years. Over the past decade, he has focused his research interests on colonial/indigenous interaction in the American Southwest and California from both archaeological and ethnohistoric perspectives.

Ancient Households of the Americas

Conceptualizing What Households Do

New Mexico and the Pimería Alta

The Colonial Period in the American Southwest