The Last Stand of the Pack

by Arthur H. Carhart in collaboration with Stanley P. Young 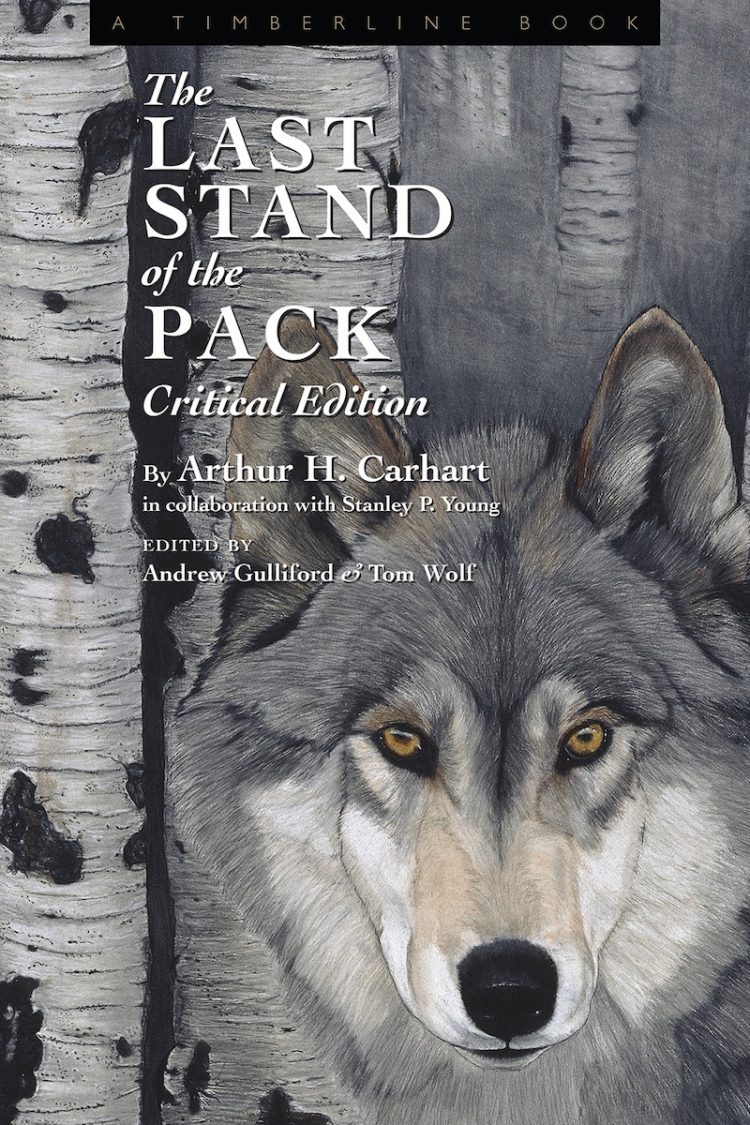 "In The Last Stand of the Pack, we are offered an opportunity for redemption: to go from vicious killers of the wolf to overseers and protectors of this great beast of the wild. Colorado is at a crossroads, and the world is watching."
—Carter Niemeyer, wolf recovery coordinator, U.S. Fish and Wildlife Service (retired), author of Wolfer and Wolf Land

"The republication of Carhart's work offers an opportunity to examine the false assumptions, dearth of science, and anti-wolf prejudices on which the eradication of wolves was based and coincides with renewed efforts to return the wolf to Colorado and restore the ecological balance we upset with their removal. This book is a hard read, but it is valuable as both a cautionary tale of the errors of our ways and a lesson for the future."
—Bethany Cotton, WildEarth Guardians

“The Last Stand of the Pack merits another look as a historic artifact and as a reminder of attitudes and behaviors that were once commonplace. It is a fun and uncomfortable read, akin to Huckleberry Finn in its ability to conjure a past that can make you think and cringe."
—Jon T. Coleman, University of Notre Dame

"Anyone with a dog in the fight for wolves' presence in or exclusion from Colorado will find The Last Stand of the Pack a provocative primer in preparation for the dialogue to come."
—International Wolf

“This book is a winner for anyone interested in wolves and the environment.”
—Colorado Central Magazine

“A significant milestone in the debate over wolf reintroduction in Colorado. Readers will be both thrilled and appalled at Carhart’s stories and be able to identify with one or several of the positions of the various contemporary authors.”
—Environmental History

“Valuable insight into the challenges ahead for wolf restoration in Colorado.”
—Great Plains Research

This critical edition explores the past and future of wolves in Colorado. Originally published in 1929, The Last Stand of the Pack is a historical account of the extermination of what were then believed to be the last wolves in Colorado. Arthur H. Carhart and Stanley P. Young describe the wolves’ extermination and extoll the bravery of the federal trappers hunting them down while simultaneously characterizing the wolves as cunning individuals and noble adversaries to the growth of the livestock industry and the settlement of the West. This is nature writing at its best, even if the worldview expressed is at times jarring to the twenty-first-century reader.

Now, almost 100 years later, much has been learned about ecology and the role of top-tier predators within ecosystems. In this new edition, Carhart and Young’s original text is accompanied by an extensive introduction with biographical details on Arthur Carhart and an overview of the history of wolf eradication in the west; chapters by prominent wildlife biologists, environmentalists, wolf reintroduction activists, and ranchers Tom Compton, Bonnie Brown, Mike Phillips, Norman A. Bishop, and Cheney Gardner; and an epilogue considering current issues surrounding the reintroduction of wolves in Colorado. Presenting a balanced perspective, these additional chapters address views both in support of and opposed to wolf reintroduction.

Coloradans are deeply interested in wilderness and the debate surrounding wolf reintroduction, but for wolves to have a future in Colorado we must first understand the past. The Last Stand of the Pack: Critical Edition presents both important historical scholarship and contemporary ecological ideas, offering a complete picture of the impact of wolves in Colorado.

Andrew Gulliford is professor of history and environmental studies at Fort Lewis College in Durango, Colorado. He has twice won the Colorado Book Award and the Arizona–New Mexico Book Award. He also received the National Individual Volunteer Award from the US Forest Service for wilderness education and a certificate of recognition from the Secretary of Agriculture for “outstanding contributions to America’s natural and cultural resources.” He is the author of America’s Country Schools, Sacred Objects and Sacred Places, and Boomtown Blues and editor of Preserving Western History and Outdoors in the Southwest: An Adventure Anthology.