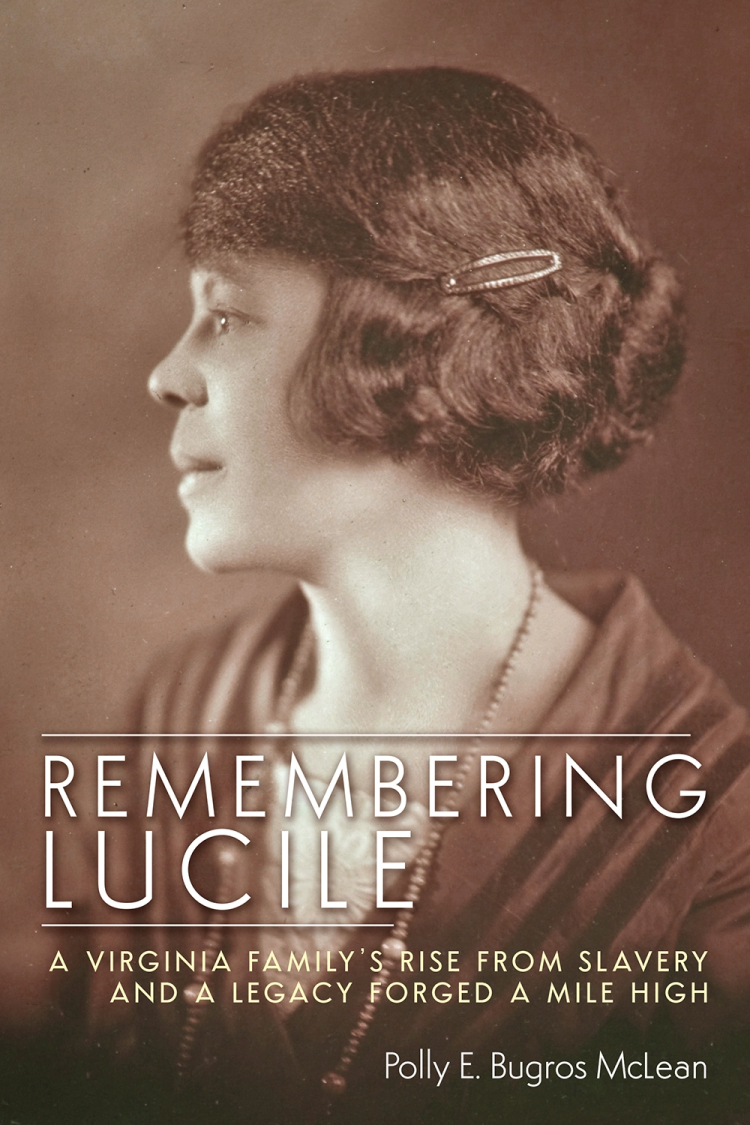 “As McLean lays out in page after page of her engrossing book, Lucile Jones’s story is not merely a local or statewide story, but an all-too-American story of how the will and courage of one woman transformed those she came into contact with for more than a century. . . . McLean’s work will contribute to the rewriting of the history of the American West.”
—Reiland Rabaka, University of Colorado Boulder

"This remarkable biography documents Polly E. Bugros McLean’s undaunted, and at times deeply personal, search to tell the life story of Lucile Berkeley Buchanan Jones. The outcome of McLean’s fascinating historical sleuthing rescues Lucile and her family from obscurity and is a wonderful example of history from below written from a Black feminist perspective."
—Jeffrey B. Perry, author of Hubert Harrison: The Voice of Harlem Radicalism, 1883-1918

“Reading Remembering Lucile, we mountain dwellers will appreciate learning about this remarkable woman from Denver, so near and yet so far from the experiences many of us have known.”
—Colorado Central Magazine

“Chronicling African American women’s history often requires patience and perseverance in the quest to fill gaps in the historical record. Polly E. Bugros McLean demonstrates such tenacity as she recounts the story of the University of Colorado’s first African American woman graduate, Lucile Berkeley Buchanan Jones. . . . . McLean’s work is useful to historians and would benefit advanced undergraduate and graduate students as they embark on their own projects.”
—Western Historical Quarterly

“The book is a must read for lovers and researchers of African American history.”
—The Denver Westerners Roundup

"Remem­bering Lucile presents a captivating family history of survival and triumph amid slavery in Virginia and post-Civil War migration to Colorado, followed by Lucile's educational career and her eventual return to live in the house her father built on Raleigh Street in Denver. Indeed, McLean's approach of making 'the hunt' part of the story adds another fascinating layer to a compelling history, and Remembering Lucile will surely appeal to readers interested in biography, west­ern history, autobiography, and autoethnography."
—Montana

In 1918 Lucile Berkeley Buchanan Jones received her bachelor’s degree from the University of Colorado, becoming its first female African American graduate (though she was not allowed to "walk" at graduation, nor is she pictured in the 1918 CU yearbook). In Remembering Lucile, author Polly McLean depicts the rise of the African American middle class through the historical journey of Lucile and her family from slavery in northern Virginia to life in the American West, using their personal story as a lens through which to examine the greater experience of middle-class Blacks in the early twentieth century.

The first-born daughter of emancipated slaves, Lucile refused to be defined by the racist and sexist climate of her times, settling on a career path in teaching that required great courage in the face of pernicious Jim Crow laws. Embracing her sister’s dream for higher education and W. E. B. Du Bois’s ideology, she placed education and intelligence at the forefront of her life, teaching in places where she could most benefit African American students. Over her 105 years she was an eyewitness to spectacular, inspiring, and tragic moments in American history, including horrific lynchings and systemic racism in housing and business opportunities, as well as the success of women's suffrage and Black-owned businesses and educational institutions.

Remembering Lucile employs a unique blend of Black feminist historiography and wider discussions of race, gender, class, religion, politics, and education to illuminate major events in African American history and culture, as well as the history of the University of Colorado and its relationship to Black students and alumni, as it has evolved from institutional racism to welcoming acceptance. This extensive biography paints a vivid picture of a strong, extraordinary Black woman who witnessed an extraordinary time in America and rectifies her omission from CU’s institutional history. The book fills an important gap in the literature of the history of Blacks in the Rocky Mountain region and will be of significance to anyone interested in American history.

Polly E. Bugros McLean is associate professor of media studies at the University of Colorado Boulder, where she has served as director of Women and Gender Studies and as the faculty associate to the Chancellor. She is the recipient of numerous awards and honors, including the Chancellor’s Committee on Women Award, the Chancellor’s Equity and Excellence Award, Robert L. Stearns Award, the Edward R. Murrow Award for teaching excellence, and the Best Should Teach Gold Award in 2014. In 1999 and 2000 she was a Senior Fulbright Scholar to the University of Namibia.