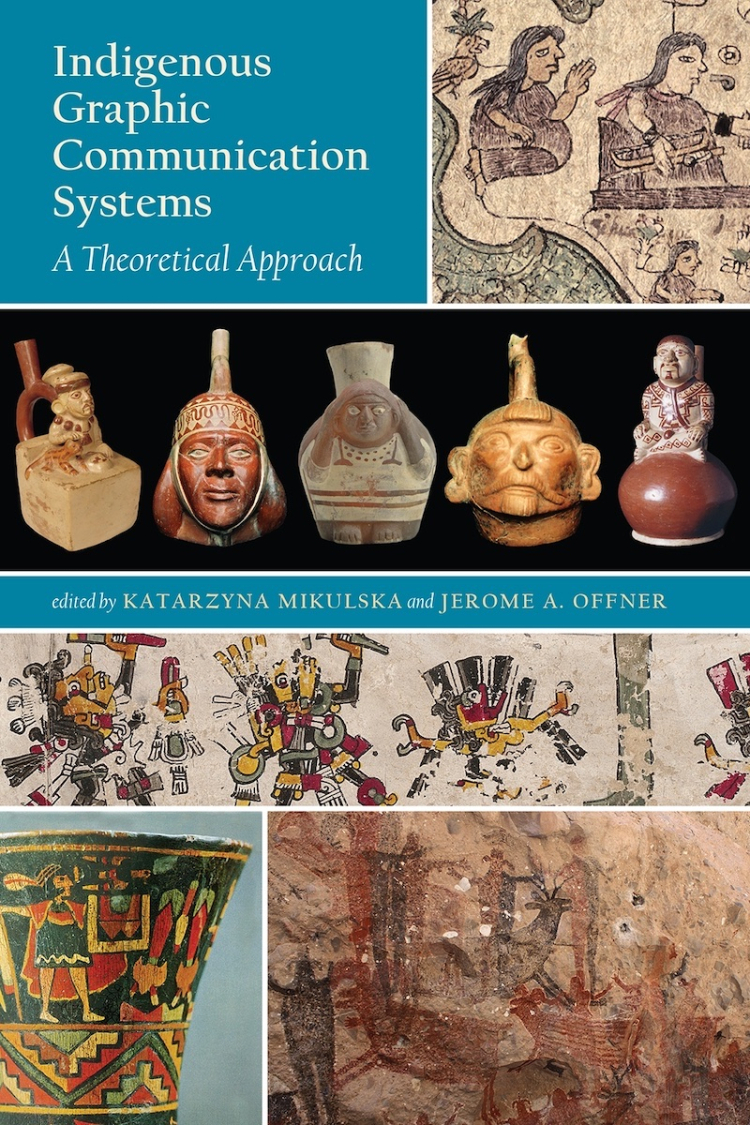 “This book represents a milestone in the study of the indigenous writing systems of the Americas. Including work by many of the most insightful scholars in this rapidly advancing field—many of them appearing here in English for the first time—Mikulska and Offner’s volume opens our understanding of indigenous graphic communication to a much wider world of possibility.”
—Benjamin D. Johnson, University of Massachusetts Boston

"All in all, this is an interesting and useful book."
—Estudios de Cultura Náhuatl

Indigenous Graphic Communication Systems challenges the adequacy of Western academic views on what writing is and explores how they can be expanded by analyzing the sophisticated graphic communication systems found in Central Mesoamerica and Andean South America.

By examining case studies from across the Americas, the authors pursue an enhanced understanding of Native American graphic communication systems and how the study of graphic expression can provide insight into ancient cultures and societies, expressed in indigenous words. Focusing on examples from Central Mexico and the Andes, the authors explore the overlap among writing, graphic expression, and orality in indigenous societies, inviting reevaluation of the Western notion that writing exists only to record language (the spoken chain of speech) as well as accepted beliefs of Western alphabetized societies about the accuracy, durability, and unambiguous nature of their own alphabetized texts. The volume also addresses the rapidly growing field of semasiography and relocates it more productively as one of several underlying operating principles in graphic communication systems.

Indigenous Graphic Communication Systems reports new results and insights into the meaning of the rich and varied content of indigenous American graphic expression and culture as well as into the societies and cultures that produce them. It will be of great interest to Mesoamericanists, students, and scholars of anthropology, archaeology, art history, ancient writing systems, and comparative world history.

The research for and publication of this book have been supported in part by the National Science Centre of Poland (decision no. NCN-KR-0011/122/13) and the Houston Museum of Natural Science.

Katarzyna Mikulska is professor and head of the Department of History and Culture of Spain and Latin America in the Institute for Iberian and Iberoamerican Studies at the University of Warsaw. She is a leader of the Sign and Symbol Research Group and the project Codex Vaticanus B: A Forgotten Divinatory Book from pre-Hispanic Central Mexico.

Jerome A. Offner is associate curator for Northern Mesoamerica at the Houston Museum of Natural Science, author of the Howard F. Cline Memorial Prize–winning book Law and Politics in Aztec Texcoco, and leader of the International Corpus Xolotl Project.