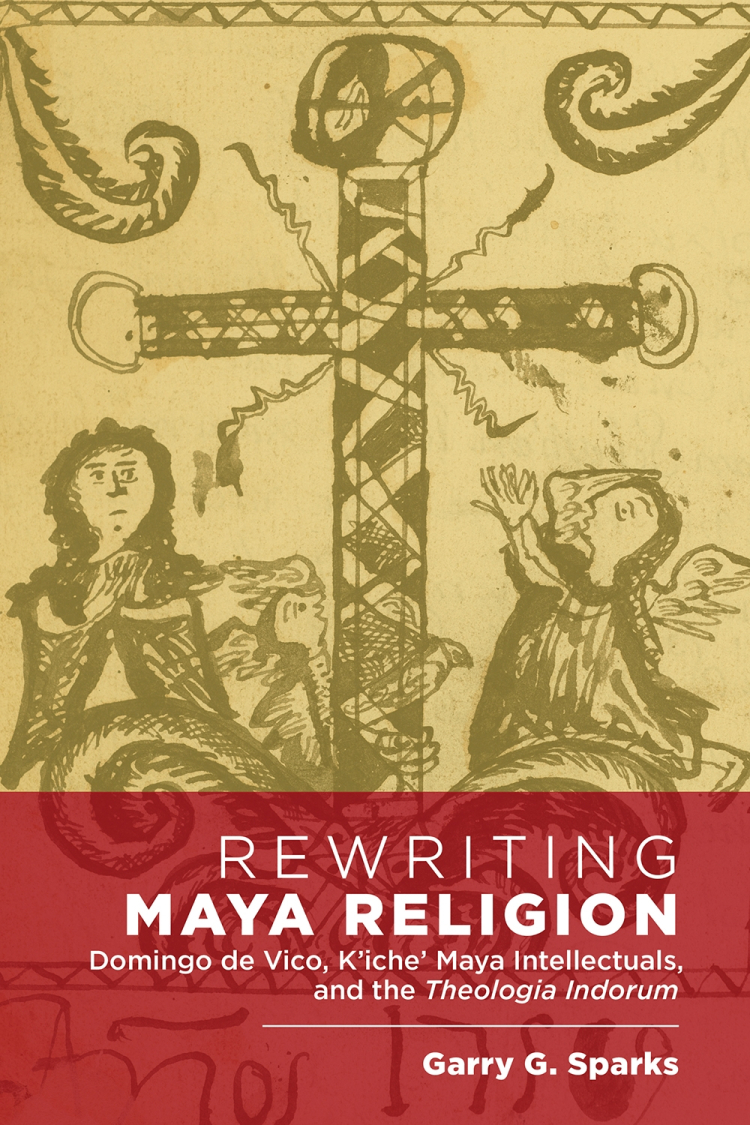 "Sparks is a gifted researcher who has done a great service to the profession in finding and reconstructing the Theologia Indorum. . . . This is a vitally important work for researchers in the field of Maya studies and comparative religion that will undoubtedly be cited for many years to come.”
—Allen Christenson, Brigham Young University

“An important and nuanced contribution to the fields of Mesoamerican, Maya, and K’iche’an studies.”
—Owen Jones, Southeast Missouri State University

"Sparks provides a meticulous close reading of the Theologia Indorum, a two-volume religious treatise composed in the K’iche’ Maya language of highland Guatemala by Domingo de Vico, a Spanish Dominican friar, in 1553–54. . . Summing Up: Recommended."
—CHOICE

"Sparks’ well-written book offers an immense amount of information on Hispanic Catholic and Highland Mayan religious thought, ritual, and cultural practices as well as new insights in the production and communication of knowledge. . . All this makes Rewriting Maya Religion a truly fascinating reading."
—International Journal of Latin American Religions

"Sparks’s work offers various new proposals for scholarly debate, and reveals even more the significant role of the Theologia Indorum and its composers while exemplifying the importance of considering locality, various European and Indigenous influences, and intertextuality in the study of colonial religion.
—Latin American Antiquity

"Sparks offers an engrossing and thought-provoking work, constituted in equal measure by a deep understanding of theology, history, philosophy, and culture at a time of great change"
—The Americas

“This is a fascinating, detailed, and insightful work that will be of particular interest to a scholarly audience, as it deepens our knowledge of understudied highland Maya writings and the early evangelization process in Guatemala.”
—Hispanic American Historical Review

“An interesting contribution both to our understanding of the Highland Maya culture of the sixteenth century and the history of the mendicant orders, their theologies, and their missionary activities in the Americas.”
—Religious Studies Review

In Rewriting Maya Religion Garry Sparks examines the earliest religious documents composed by missionaries and native authors in the Americas, including a reconstruction of the first original, explicit Christian theology written in the Americas—the nearly 900-page Theologia Indorum (Theology for [or of] the Indians), initially written in Mayan languages by Friar Domingo de Vico by 1554. Sparks traces how the first Dominican missionaries to the Maya repurposed native religious ideas, myths, and rhetoric in their efforts to translate a Christianity and how, in this wake, K’iche’ Maya elites began to write their own religious texts, like the Popol Vuh. This ethnohistory of religion critically reexamines the role and value of indigenous authority during the early decades of first contact between a Native American people and Christian missionaries.

Centered on the specific work of Dominicans among the Highland Maya of Guatemala in the decades prior to the arrival of the Catholic Reformation in the late sixteenth century, the book focuses on the various understandings of religious analyses—Hispano-Catholic and Maya—and their strategic exchanges, reconfigurations, and resistance through competing efforts of religious translation. Sparks historically contextualizes Vico’s theological treatise within both the wider set of early literature in K’iche’an languages and the intellectual shifts between late medieval thought and early modernity, especially the competing theories of language, ethnography, and semiotics in the humanism of Spain and Mesoamerica at the time.

Thorough and original, Rewriting Maya Religion serves as an ethnohistorical frame for continued studies on Highland Maya religious symbols, discourse, practices, and logic dating back to the earliest documented evidence. It will be of great significance to scholars of religion, ethnohistory, linguistics, anthropology, and Latin American history.

Garry G. Sparks is associate professor of religious studies at George Mason University. He is the principal author of The Americas’ First Theologies and serves on the editorial board of the International Journal of Latin American Religions. Religion and Modernity in a Transnational K'iche' Community