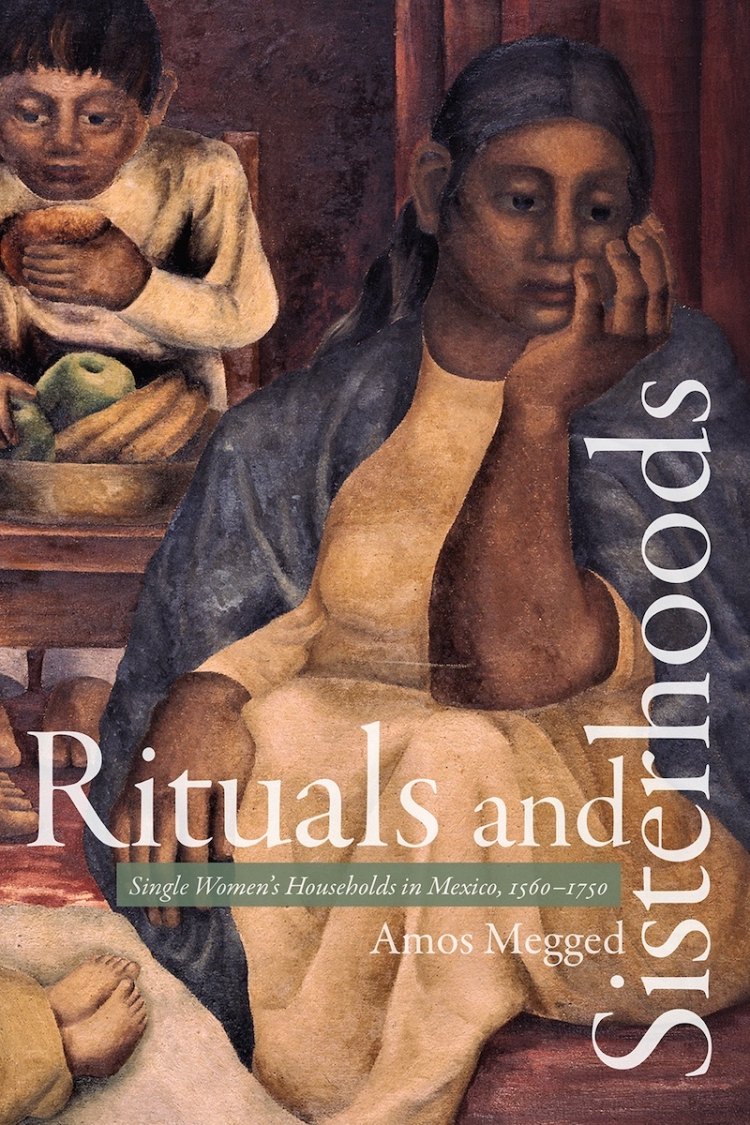 “This book is a tour-de-force . . . a major contribution to the history of gender, sexuality, the castas, and seventeenth-century studies.”
—Linda Curcio-Nagy, University of Nevada, Reno

"[Megged] builds his study on a solid archival base, including information gleaned from the Mexican Inquisition (an extension of the Spanish Inquisition) and documents from the national archive (AGN), parish baptismal and burial records, and the records of ecclesiastical and criminal courts. . . . Summing Up: Highly recommended."
—CHOICE

"Amos Megged's book is destined to become a classic on gender and family in the historiography of viceroyalty Spanish America."
—Hispanic American Historical Review (translated from Spanish)

“Megged’s interdisciplinary and transregional knowledge base is admirable. . . . Rituals and Sisterhoods ties together information about women, ritual, family, emotion, and sexuality to reveal the material and spiritual experiences of singleness in colonial Mexico, adding an important dimension to our understanding of plebeian women in colonial Spanish America.”
—The Journal of Latin American and Caribbean Anthropology

“Contributes substantially to the history of women during the early- to midcolonial period in New Spain and should be read by all those who are interested in gender history, the Catholic religion and the study of commoners during this period.”
—Journal of Latin American Studies

Rituals and Sisterhoods reveals the previously under-studied world of plebeian single women and single-female-headed households in colonial Mexican urban centers. Focusing on the lower echelons of society, Amos Megged considers why some commoner women remained single and established their own female-headed households, examining their unique discourses and self-representations from various angles.

Megged analyzes these women’s life stories recorded during the Spanish Inquisition, as well as wills and bequests, petitions, parish records, and private letters that describe—in their own words—how they exercised agency in male-dominated and religious spaces. Translations of select documents and accompanying analysis illustrate the conditions in which women dissolved their marriages, remained in long-lasting extramarital cohabitations, and formed female-led households and “sisterhoods” of their own. Megged provides evidence that single women in colonial Mexico played a far more active and central role in economic systems, social organizations, cults, and political activism than has been previously thought, creating spaces for themselves in which they could initiate and maintain autonomy and values distinct from those of elite society.

The institutionalization of female-headed households in mid-colonial Mexico had wide-ranging repercussions and effects on general societal values. Rituals and Sisterhoods details the particular relevance of these changes to the history of emotions, sexuality, gender concepts, perceptions of marriage, life choices, and views of honor and shame in colonial society. This book will be of significant interest to students and scholars of colonial Latin American history, the history of Early Modern Spain and Europe, and gender and women’s studies.

Amos Megged is associate professor and Helena Lewin Endowed Chair in Latin American Studies in the Department of General History at the University of Haifa. An ethnohistorian specializing in the social and cultural history of early to mid-colonial Mesoamerica, he is the author of Social Memory in Ancient and Colonial Mesoamerica and coeditor of Mesoamerican Memory and has served as member of the editorial board of Colonial Latin American Historical Review.