Beyond an Archaeology of Settlement Abandonment 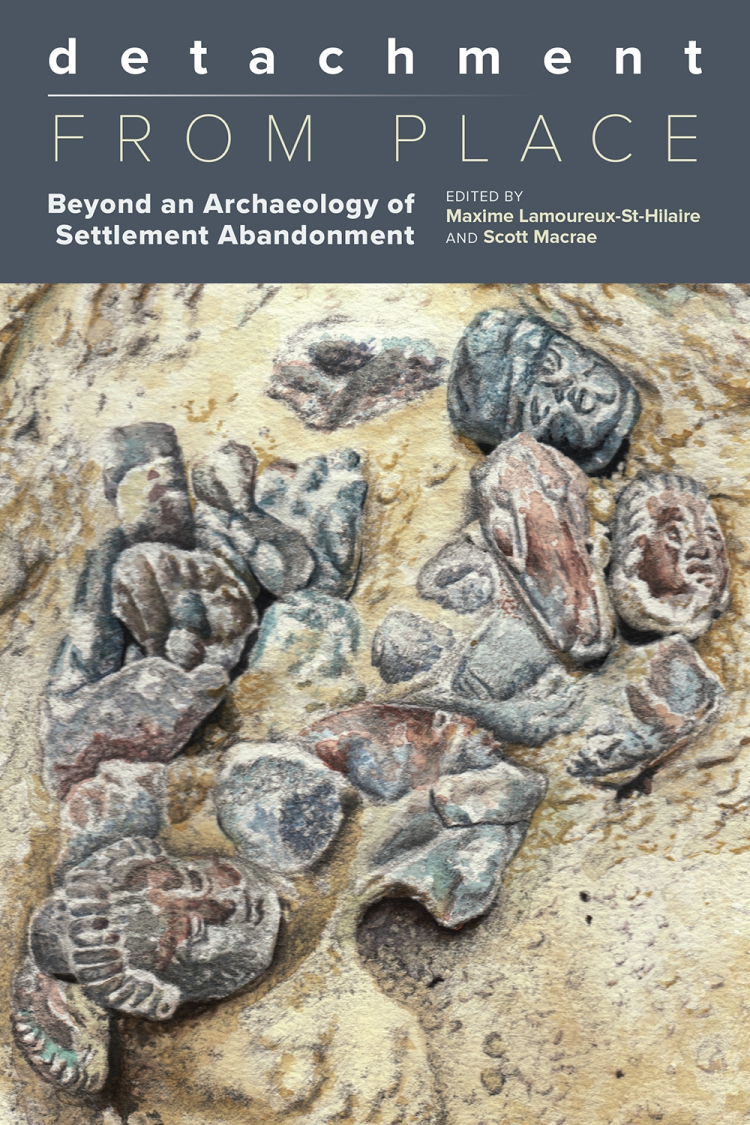 "Excellent book . . . . History and engagement do not end when people leave a place."
—American Antiquity

"The chapters all effectively combine sharp description with insightful theoretical discussion to broaden and deepen the reader’s understanding of abandonment and shifting settlement patterns in each culture. The book is readable and engaging, and it should appeal to both students and scholars who are interested in the dynamics of settlement, mobility, and the 'mysteries' of abandonment."
—Latin American Antiquity

“[Detachment from Place] presents case studies from around the world and from different time periods to demonstrate how sites are rarely completely abandoned; instead, they are revisited, repurposed and reimagined by people old and new. The volume thus shifts emphasis from abandonment to interrogate how and why people leave places, how leaving impacts people and landscapes, and how people engage with ‘abandoned’ landscapes.”
—Antiquity

Detachment from Place is the first comparative and interdisciplinary volume on the archaeology of settlement abandonment, with contributions focusing on materiality, ideology, the environment, and social construction of space. The volume sheds new light on an important but underexamined aspect of settlement abandonment wherein sedentary groups undergoing the process of abandonment leave behind many meaningful elements of their inhabited landscape. The process of detaching from place—which could last centuries—transformed inhabitants into migrants and transformed settled, constructed, and agricultural landscapes into imagined ones that continued to figure significantly in the identities of migrant groups.

Drawing on case studies from the Americas, Africa, and Asia, the volume explores how relationships between ancient peoples and the places they lived were transformed as they migrated elsewhere. Contributors focus on social structure, ecology, and ideology to study how people and places both disentangled from each other and remained tied together during this process. From Huron-Wendat villages and Classic Maya palaces to historical villages in Togo and the great Southeast Asian Medieval capital of Bagan, specific cultural, historical, and environmental factors led ancient peoples to detach from their homes and embark on migrations that altered social memory and cultural identity—as evidenced in the archaeological record.

Detachment from Place provides new insights into transfigurations of community identity, political organization, social and economic relations, religion, warfare, and agricultural practices and will be of interest to landscape archaeologists as well as researchers focused on collective memory, population movement, migratory patterns, and interaction.

Maxime Lamoureux-St-Hilaire is visiting assistant professor of anthropology at Davidson College and the director of publications for American Foreign Academic Research. He has received awards from the National Science Foundation, the Wenner-Gren Foundation, and the Fonds de Recherche du Québec: Société et Culture. His work has been published in Geoarchaeology and Latin American Antiquity. He is the co-organizer of the annual conferences Maya at the Playa and Maya at the Lago and is coeditor of the The Mayanist.

Scott Macrae is adjunct graduate and research faculty in the Anthropology Department at Trent University and co-director of Integrated Socio-Ecological History of Residential Patterning, Agricultural Practices, and Water Management at the Classical Burmese (Bama) capital of Bagan, Myanmar (11th to 14th Century CE) Project (IRAW@Bagan). His research has received support from National Geographic Society and Social Sciences and Humanities Research Council. He has published works in Advances in Archaeological Practice, Journal of Archaeology and Fine Arts in Southeast Asia, Latin American Antiquity, and American Journal of Physical Anthropology.

Anthropomorphic Imagery in the Mesoamerican Highlands A Forest of History

The Maya after the Emergence of Divine Kingship