The Archaeology of Greater Nicoya

Two Decades of Research in Nicaragua and Costa Rica 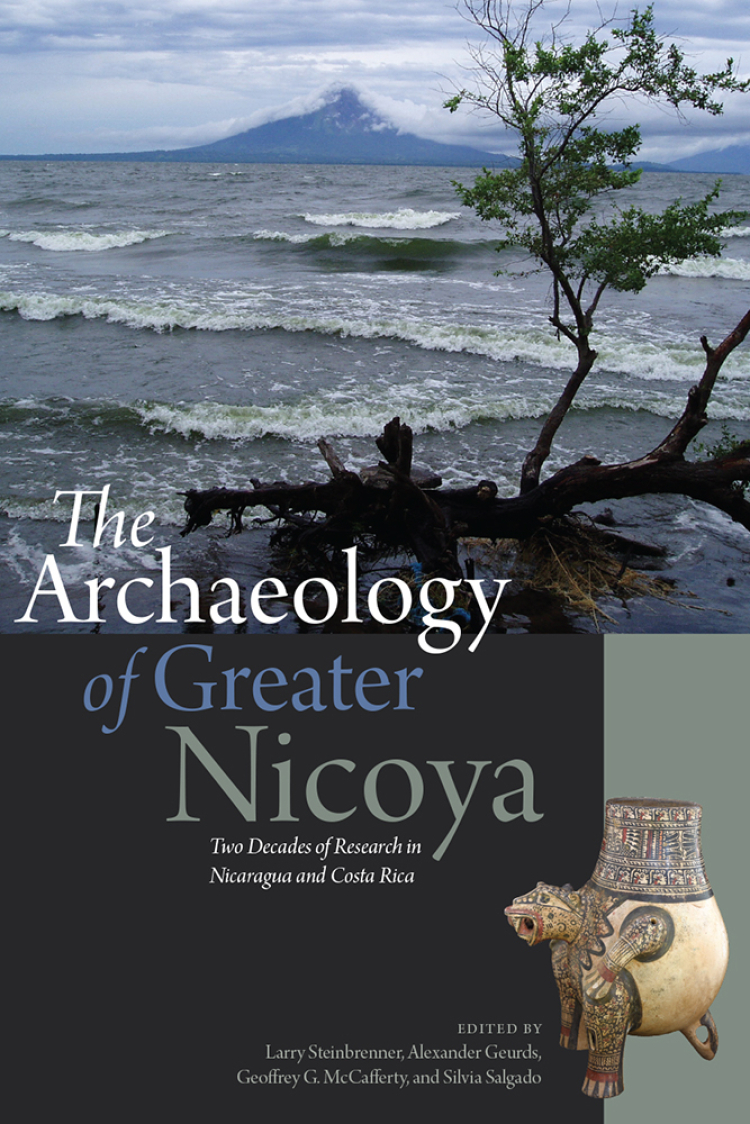 The Archaeology of Greater Nicoya is the first edited volume in a quarter century to provide an overview of this fascinating archaeological subarea of Mesoamerica, encompassing Pacific Nicaragua and northwestern Costa Rica. Inhabited by diverse peoples of Mesoamerican origin centuries before Spanish colonization, Greater Nicoya remains controversial in the twenty-first century as scholars struggle to achieve consensus on questions of geography, chronology, and cultural identity.

Drawing on approaches ranging from ethnohistory to bioarchaeology to scientific and culture-historical archaeology, the book is organized into sections on redefining Greater Nicoya, projects and surveys, material culture, and mortuary practices. Individual chapters explore Indigenous groups and their origins, extensive summaries of the three largest scholarly archaeological projects completed in Pacific Nicaragua in the last quarter century, clear evidence of Mesoamerican connections from Costa Rica’s Bay of Culebra, detailed histories of lithic analysis and rock art studies in Nicaragua, new insights into mortuary and cultural practices based on osteological evidence, and reinterpretations of diagnostic ceramic types as products of related potting communities and the first definitive identification of production centers for these types. Drawing upon new 14C dates, this volume also provides the most substantial revision of the late pre-colonial chronology since the 1960s, a correction that has critical implications for understanding the prehistory of Greater Nicoya.

Larry Steinbrenner is head of anthropology in the School of Arts and Sciences at Red Deer Polytechnic in Alberta, Canada. He was a member of the University of Calgary’s Santa Isabel Archaeological Project in Rivas, Nicaragua, from 2000 to 2005.