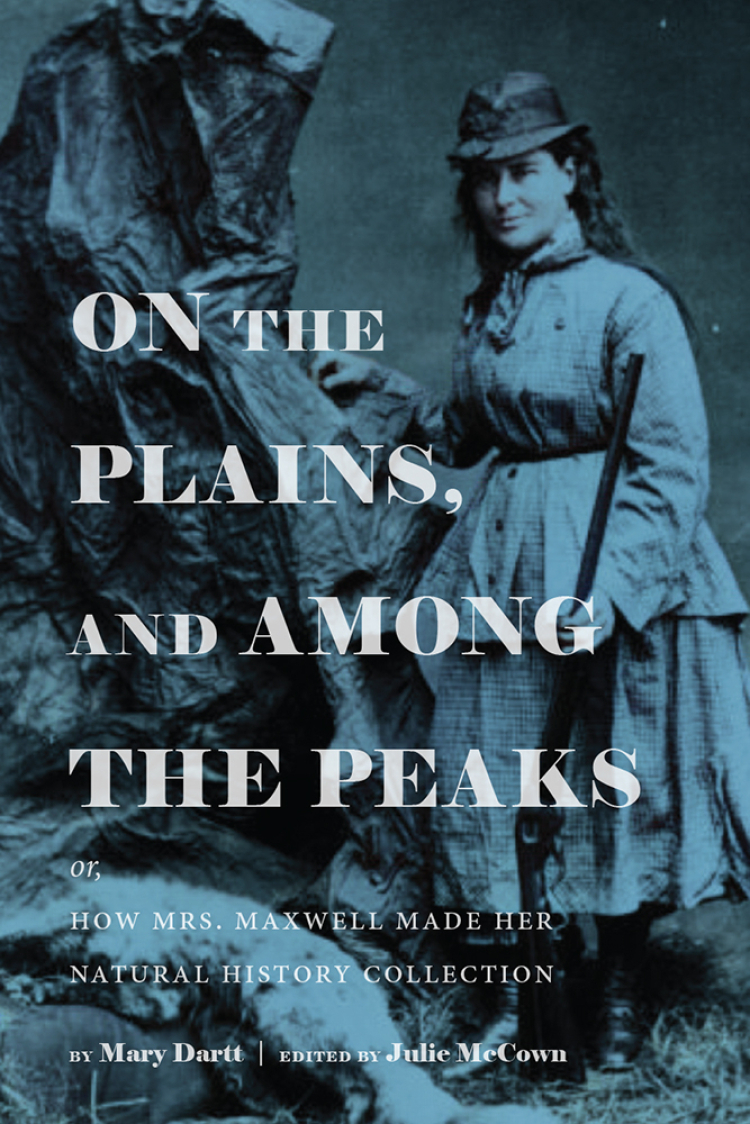 “An important, out-of-print text that has significance for a number of fields. . . . Fascinating.”
—Kathleen Sheppard, Missouri University of Science and Technology

“A worthwhile read for anyone interested in the growth and development of natural history in the US, particularly the roles played by women. . . . Highly recommended.”
—CHOICE

American naturalist and taxidermist Martha Maxwell became famous in the 1870s for her skill and expertise in collecting and preserving specimens of Colorado’s wildlife but is virtually unknown today. On the Plains, and Among the Peaks, written in 1879 by Maxwell’s half-sister Mary Dartt, provides a fascinating case study of how women practiced natural history and taxidermy, as well as a fresh look at the early exploration and settlement of Colorado.

Dartt’s book tells the story of Maxwell’s lifelong passion and dedication to work and education that made her a pioneer in more ways than one. It catalogs her important scientific contributions and development of museum habitat groupings and lifelike taxidermy mounts, showcases engaging accounts of wilderness excursions on the frontier of the Western United States in the 1860s and 1870s, and testifies to her resolve to show that women were capable of succeeding in traditionally male-dominated fields.

This scholarly edition of On the Plains, and Among the Peaks will spark renewed interest in Maxwell and Dartt as neglected figures in nineteenth-century US history and literature, opening a conversation that other literary scholars and historians will join to further situate their work within the numerous disciplines to which it speaks, including nineteenth-century American literature; women’s, western, environmental, and natural history; and gender, museum, and animal studies.