A History and Guide to Resources 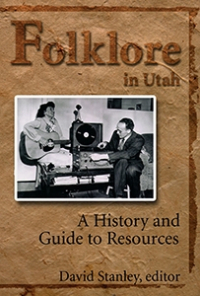 Over thirty scholars examine the development of folklore studies through the lens of over 100 years of significant activity in a state that has provided grist for the mills of many prominent folklorists. In the past, the Folklore Society of Utah has examined the work of such scholars in biographical and other essays published in its newsletters. This book incorporates those essays and goes well beyond them to include many other topices, offering a thorough history of folklore studies and a guide to resources for those pursuing research in Utah now and in the future.

The essays survey the development and contributions of folklore studies in Utah from 1892 to 2004 but also represent developments in both academic and public-sector folklore throughout the United States. Following a thorough historical introduction, Part I profiles the first folklorists working in the state, including Hector Lee, Thomas Cheney, Austin and Alta Fife, Wayland Hand, and Lester Hubbard. Part II looks at the careers of prominent Utah folklorists Jan Harold Brunvand, Barre Toelken, and William B. Wilson, as well as the works of the next generation of folklorists. Part III covers studies in major folklore genres, with essays on the study of material culture, vernacular architecture, and Mormon, ethnic, Native American, and Latino folklore. Part IV examines public folklore programs including organizations, conferences, and tourism. The backmatter describes academic programs at Utah institutions of higher education, summarizes the holdings of the various folklore archives in the state, and provides a complete cross-indexed bibliography of articles, books, and recordings of Utah folklore.

David Stanley taught in the Westminster College English department from 1991 to 2008. He is now retired and living in Salt Lake City. He continues to do research, write, travel, and enjoy the outdoors with his wife, Nan.