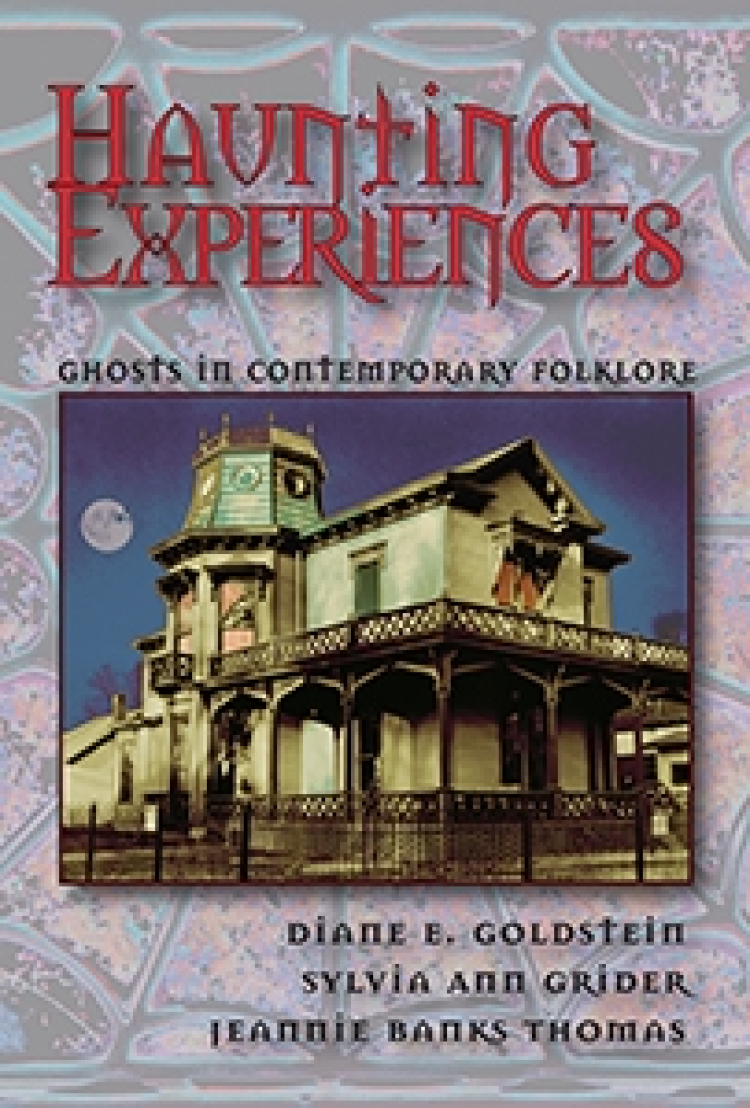 “Haunting Experiences offers significant resources for scholars of contemporary ghostlore, as well as entertaining material for general readers. . . . In their conclusion, Goldstein, Grider, and Thomas make the point that ghosts have remained with us ‘because they give voice to both the everyday and the extraordinary experiences that haunt us’ (227). Having demonstrated the depth and complexity of these experiences, the authors have given us valuable guidelines for future research.”
—Journal of Folklore Research

Ghosts and the supernatural appear throughout modern culture, in any number of entertainment, commercial, and other contexts. Popular media's commodified representations of ghosts can be quite different from what people believe about them, based on tradition or direct experience. Belief and tradition and the popular or commercial nevertheless continually feed off each other. They frequently share space in how people think about the supernatural.

In Haunting Experiences, three well-known folklorists broaden the discussion of ghost lore by examining it from multiple angles in various modern contexts. Diane E. Goldstein, Sylvia Ann Grider, and Jeannie Banks Thomas take ghosts seriously. They draw on contemporary scholarship that emphasizes the basis of belief in experience and the usefulness of ghost stories. And they look closely at the narrative role of such lore in matters such as socialization and gender. Together, they unravel the complex mix of mass media, commodification, and popular culture that today puts old spirits into new contexts.

Diane E. Goldstein is associate professor of folklore at Memorial University of Newfoundland and is cross-appointed to Memorial University's School of Medicine. She is editor of Talking AIDS: Interdisciplinary Perspectives, one of the earliest anthologies on AIDS, and has extensive experience working on AIDS policy-making initiatives with the Canadian government. She serves on the editorial boards of the Journal of American Folklore, Folklore, Ethnologies, Contemporary Legend, and The Journal of Applied Folklore.

Ghosts and the Japanese

Out of the Ordinary

Folklore and the Supernatural

Oni, from Ancient Times to the Present