Poetry, Fiction, and Other Reflections by Folklorists 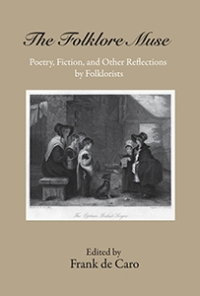 Member Institution Access
"[I] was delighted to find that the texts collected in this volume are thoroughly enjoyable and, moreover, demonstrate thoughtful, creative, and often aesthetically accomplished engagement with the people, ideas, and methods that inform contemporary folkloristics. Even as it presents non-scholarly work by scholars, the collection also contributes innovatively to folklore scholarship."

Folklore—the inherently creative expression, transmission, and performance of cultural traditions—has always provided a deep well of material for writers, musicians, and artists of all sorts. Folklorists usually employ descriptive and analytical prose, but they, like scholars in other social sciences, have increasingly sought new, creative, and reflexive modes of discourse. Many folklorists are also creative writers, some well known as such, and the folk traditions they research often provide shape and substance to their work. This collection of creative writing grounded in folklore and its study brings together some of the best examples of such writing.

Frank de Caro's other books include An Anthology of American Folktales and Legends and (with Rosan Augusta Jordan) Re-Situating Folklore: Folk Contexts and Twentieth Century Literature and Art.