Over the course of her career, Norma Baldwin Ricketts worked for the Academy of Motion Picture Arts and Sciences in Hollywood, Lockheed Aircraft during World War II, the McClatchy Newspapers, the Sacramento Civic Theater, the Music Circus Light Opera Association, and the City of Sacramento Convention Center. In 1950 she helped to organize the first company of the Daughters of Utah Pioneers in Sacramento and served as its first president. 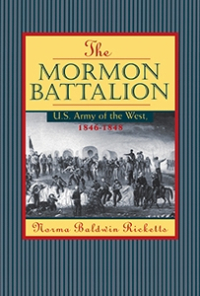