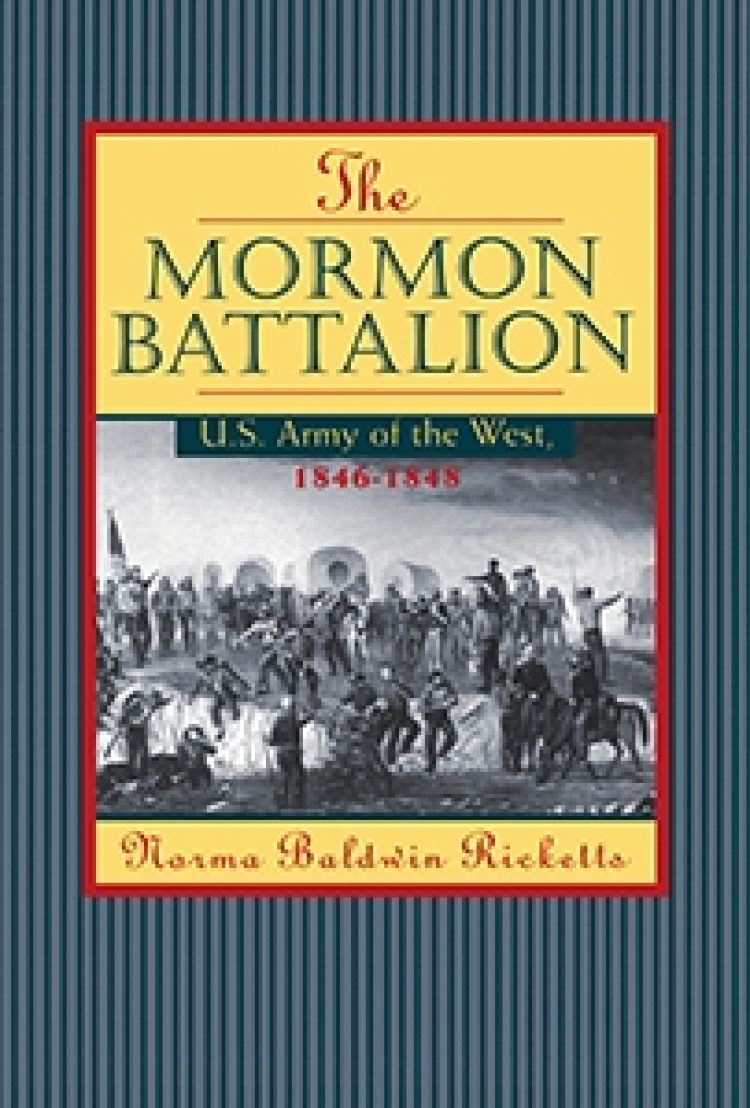 Finalist for the 1997 Spur Award

Recipient of the 1997 Certificate of Commendation, American Association of State and Local Historians

"An entertaining, wonderfully researched and crafted study . . . an invaluable treasure to those seeking to better understand the rich heritage of the Southwest and California."

—The Journal of Arizona History

Few events in the history of the Far West from 1846 to 1849 did not involve the Mormon Battalion. The Battalion participated in the United States conquest of California and in the discovery of gold, opened four major wagon trails, and carried the news of gold east to an eager American public. Yet, the battalion is little known beyond Mormon history. This first complete history of the wide-ranging army unit restores it to its central place in Western history, and provides descendants a complete roster of the Battalion's members.

Over the course of her career, Norma Baldwin Ricketts worked for the Academy of Motion Picture Arts and Sciences in Hollywood, Lockheed Aircraft during World War II, the McClatchy Newspapers, the Sacramento Civic Theater, the Music Circus Light Opera Association, and the City of Sacramento Convention Center. In 1950 she helped to organize the first company of the Daughters of Utah Pioneers in Sacramento and served as its first president. Opera and its Voices in Utah

The Life of Daniel H. Wells

The Introduction and Implementation of the Principle, 1830–1853