Who’s Afraid of the Big, Bad Wolf?: Wolves Belong Back Home in Colorado 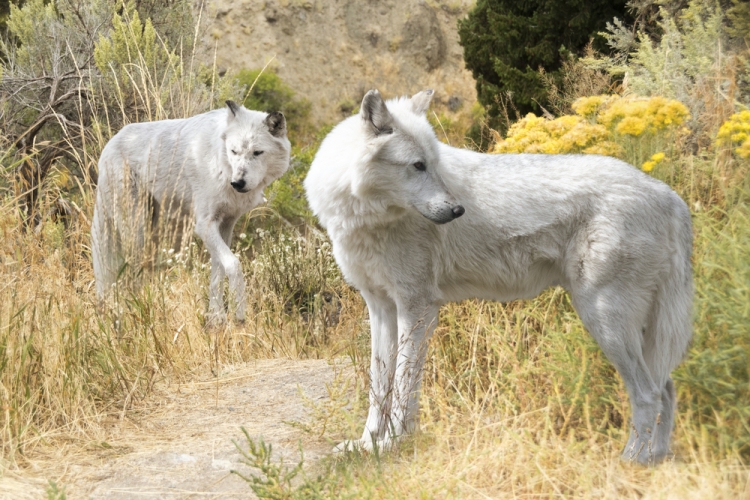 Wolves are coming, slowly but inevitably.

In 2016, the Colorado Parks and Wildlife Commission voted not to allow the reintroduction of wolves back into the state.

That’s too bad, because the wolves are coming. They may already be here. You don’t think so? Then why is there a wolf-sighting form on the wildlife commission’s website, and why do so many Coloradans claim to have seen Canis lupus in the high country?

Theories on the crucial role of top-tier predators in ordering and stabilizing landscapes have now been proven. But to understand the potential for wolves in Colorado, we can study the lessons learned from two decades of wolf recovery in Yellowstone National Park.

I teach my college students that wolves brought songbirds back to Yellowstone. I explain that wolves cut the coyote population in half. With fewer coyotes there are more small rodents and mammals aerating the soil and providing better grasses. But the largest and most dramatic effect has been the culling of the Yellowstone elk herd.

By 1995 the ungulates had done severe damage to the vegetation of the park. Wolves changed that. As wolf packs began to hunt elk, the wapiti were slowed and caught in downed timber along rivers and streams. So elk learned safety meant higher sagebrush benches where they could see and smell better. With fewer elk, plants recovered. Aspen thrived. And in this new thicker forest of riverine vegetation, beaver colonies established small pools, attracting other animals, insects, and, yes, butterflies. The human dynamic changed, too. Thousands of wolf watchers at Yellowstone National Park add $35 million annually to the area’s economy.

So who’s afraid of the big, bad wolf? Hunters who see fewer elk. Ranchers worried about their cattle, and sheep men forced to adopt new herding techniques. I’m a big game hunter. Why would I promote more competition for the cow elk I like to shoot? Because I believe in intact ecosystems. I believe hard science trumps superstition and false facts.

It’s been decades since the Colorado Parks and Wildlife Commission convened its Wolf Working Group. It’s time for a new wolf working group to convene, and for wolf education sessions to be organized. The latter were a goal in the group’s original report, but they have never taken place.

Would wolves change Colorado ecosystems? Yes, but first they have to get here, and that’s anything but easy. Wolves would have to cross the Red Desert of Wyoming and Rio Blanco and Moffat counties in Colorado, where many ranchers carry rifles in their pickups. A biologist with the US Fish and Wildlife Service told me that wolves are coming, but “there’s all those guns between us and the Wyoming wolf packs.”

In spite of these challenges, some individuals have made the journey. In June 2004 a wolf died along Interstate 70 after being hit by a car. Five years later, in 2009, a GPS-collared wolf traveled 3,000 miles before dying from a banned poison in Rio Blanco County. In April 2015, a coyote hunter accidentally killed a gray wolf near Kremmling, 100 miles west of Denver.

That’s why official reintroduction is important. In the Mount Zirkel, Maroon Bells, Raggeds, or South San Juan wildernesses, we only need a breeding pair. Just two wolves. A young male and female with amorous intent.

Wolves are coming, slowly but inevitably. Colorado Parks and Wildlife even has a decade-old plan, “Findings and Recommendations for Managing Wolves that Migrate into Colorado.” Strategies involve adaptive management and damage payments for livestock killed. What’s more, “Migrating wolves should be allowed to live with no boundaries where they find habitat,” and “Wolf distribution in Colorado will ultimately be defined by the interplay between ecological needs and social tolerance.” Once here, state wildlife staff “will implement programs to make sure that wolves are included as a part of wildlife heritage.”

So if wolves are coming to Colorado regardless, why not reintroduce them and boost genetic diversity? If wolves arrive on their own, we’ll have to live with where they appear. If wolves are introduced, there can be more flexibility on where they live and certainly more planning.

This post was originally published in High Country News.

Andrew Gulliford is professor of history and Environmental Studies at Fort Lewis College in Durango. He is the coeditor of The Last Stand of the Pack: Critical Edition.