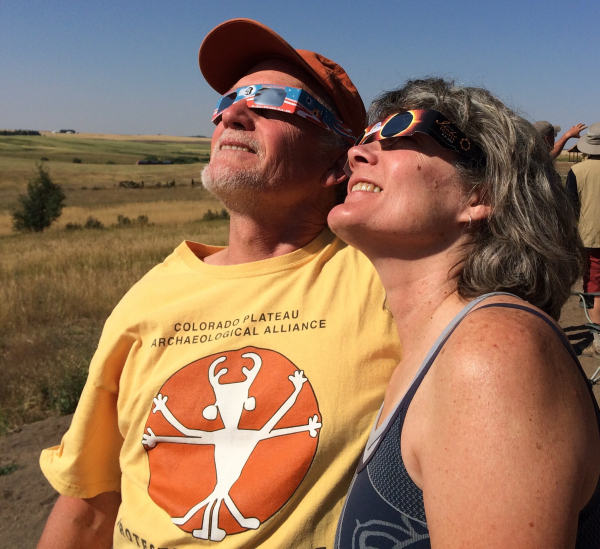 Dan Miller, who has been designing and typesetting both books and marketing materials for University Press of Colorado | Utah State University Press for well over a decade, is retiring at the end of October. Prior to joining Utah State University Press, Dan worked as a photojournalist for most of Utah's major newspapers, including the Salt Lake Tribune and The Herald Journal in Logan, Utah. In his capacity as a professional photographer, Dan is also a contributing author to two Utah State University Press titles, The River Knows Everything and Visions of Antelope Island and Great Salt Lake. You will probably find Dan enjoying his retirement on a trail or a river in the Four Corners area with his wife, Diane Bush, and his dog, Deso. The rest of the staff wish Dan the best in his retirement and want him to know that he will be greatly missed.