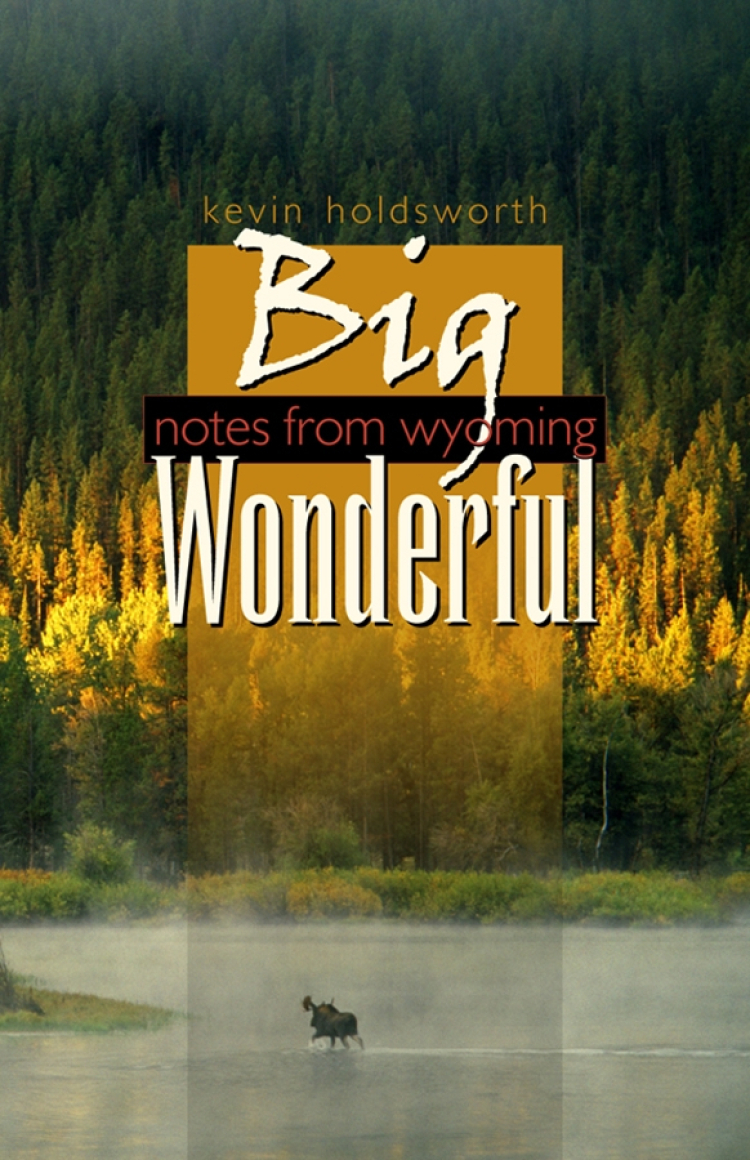 "[Big Wonderful] is an artful combination of essays and poetry (mostly essays) on a variety of topics that are usually very personal, very human, and always thought-provoking. There is room for disagreement with the author on some issues, but that just makes the reading stimulating. Holdsworth's essays and poetry, both impressive, are indicative of his hard work and care. They are the kind of pieces people love to either read or listen to the words read aloud—because they sound beautiful. . . . In a nutshell: This is an unconventional memoir written by a man only 46 years old, a writer who grew up in Utah, got his education, then raced to New York City in search of action. Quickly, he realized that Manhattan is provincial in its own way. So he came back, first to Torrey, then to Wyoming. In this highly personal and very polished collection of essays and poems, Holdsworth has established a convincing presence as a Western writer with a future."
—Dennis Lythgoe, Deseret News

"Holdsworth invites us to sit down at his literary campfire and listen to vivid, unforgettable stories. We look on as he dodges lightning bolts, fishes for brookies, and rescues drowning dogs. He reflects on the death of his close friend, the illness of his father, and the difficult birth of his young son. He shares his conflicting feelings about the West's energy boom and the toll it takes on the environment. In the poem 'Seven Horseshoes,' readers join his company of friends for a grand day of camping, fishing and imbibing. 'Later, in the fireside dark, someone is certain to slur / My friends, it does not get significantly better than this.' Neither does most writing about the contemporary West."
—Julianne Couch, High Country News

"The topics may be weighty in Big Wonderful, but the tone is not. Holdsworth is quietly funny, and that spreads throughout the book."
—Wyoming Library Roundup

"The only way to survive Wyoming is to simply give in to loving her. And once you've entered the breathtaking landscape of Holdsworth's writing, you will. He will taunt and tease you with these stories and poems, as richly varied and vibrant as are the rivers, prairies, and mountains of this mythic place."
—Page Lambert, author of In Search of Kinship

"Holdsworth provides a canny vision of Wyoming and the West, from both sides of the Mormon mirror. What begins with simple observations from a Utah transplant to Wyoming becomes an ode to family and place, and perhaps an elegy for it all."
—Jeffe Kennedy, author of Wyoming Trucks, True Love and the Weather Channel

"A bona fide naturalist-environmentalist, he fearlessly explores trailheads in the mountains around him, speaking honestly about their dangers and amusingly about the god-awful Wyoming winds and treacherous weather patterns."
—Mary Lythgoe Bradford, Dialogue

In this unconventional memoir, Kevin Holdsworth vividly portrays life in remote, unpredictable country and ruminates on the guts—or foolishness—it takes to put down roots and raise a family in a merciless environment.

Growing up in Utah, Holdsworth couldn't wait to move away. Once ensconced on the East Coast, however, he found himself writing westerns and dreaming of the mountains he'd skied and climbed. Fed up with city life, he moved to a small Wyoming town.

In Big Wonderful, he writes of a mountaineering companion's death, the difficult birth of his son, and his father's terminal illness—encounters with mortality that sharpened his ideas about risk, care, and commitment. He puts a new spin on mountaineering literature, telling wild tales from his reunion with the mountains but also relating the surprising willpower it took to turn back from risks he would have taken before he became a father. He found he needed courage to protect and engage deeply with his family, his community, and the wild places he loves.

Holdsworth's essays and poems are rich with anecdotes, characters, and vivid images. Readers will feel as if they themselves watched a bear destroy an entire expedition's food, walked with his great-great-grandmother along the icy Mormon Trail, and tried to plant a garden in Wyoming's infamous wind.

Readers who love the outdoors will enjoy this funny and touching take on settling down and adventuring in the West's most isolated country.

Kevin Holdsworth is the author of Big Wonderful: Notes from Wyoming and Good Water. His work has appeared in numerous periodicals, including Cimarron Review, Post Road, Creative Nonfiction, and Denver University Law Review. In 2009 he was awarded the Wyoming Arts Council creative writing fellowship for fiction. He lives with his wife, Jennifer, and son, Chris, in south-central and southern Utah.

Their Geology, Ecology, and Human History