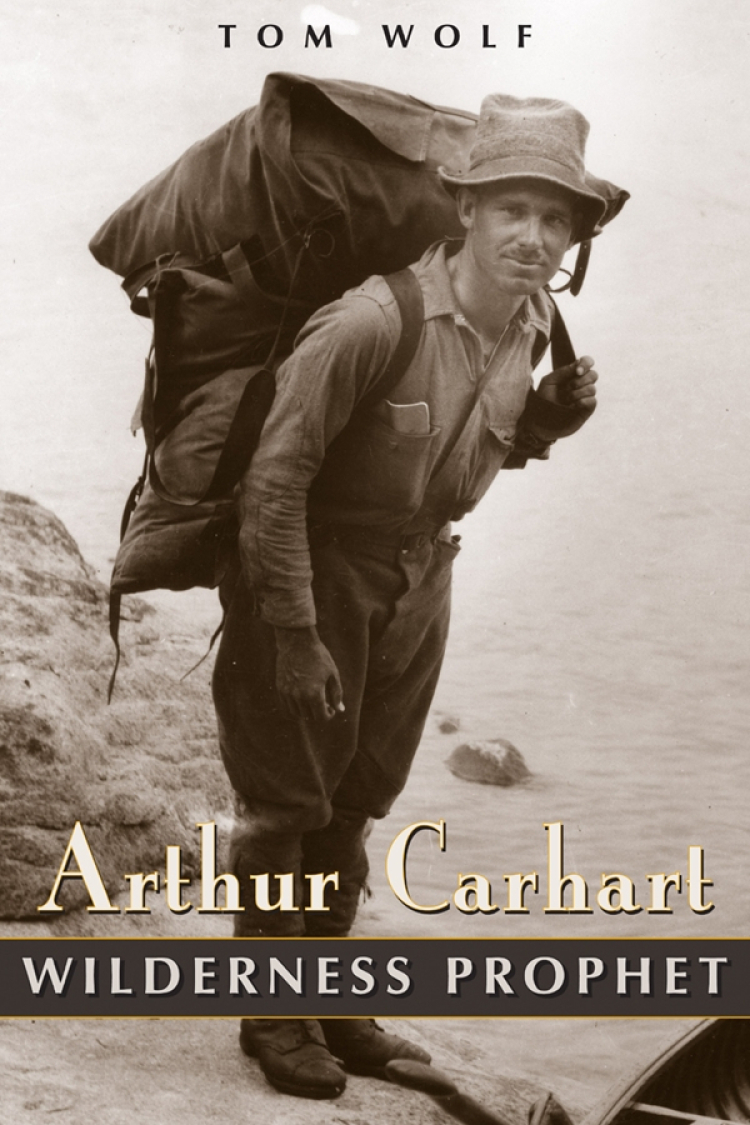 “Wolf's book paints a portrait of a man in love with the wild and making it accessible to the com­mon folk without destroying natural beauty.”
—The Denver Westerns Roundup

Arthur Carhart (1892-1978), America's first champion of wilderness, the first Forest Service landscape architect, and the most popular conservation writer of mid-century America, won none of the titan status of his contemporary Aldo Leopold. A political maverick, he refused to side with any major advocacy group and none has made him its saint. Carhart was a grassroots thinker in a top-down era.

Arthur Carhart, the first biography of this Republican environmentalist and major American thinker, writer, and activist, reveals the currency of his ideas. Tom Wolf elucidates Carhart 's vision of conservation as "a job for all of us," with citizens, municipal authorities, and national leaders all responsible for the environmental effects of their decisions. Carhart loved the local and decried interest groups—from stockmens' associations to wilderness lobbies—as cliques attempting blanket control. He pressured land management agencies to base decisions on local ecology and local partnerships. A lifelong wilderness advocate who proposed the first wilderness preserve at Trappers Lake, Colorado in 1919, Carhart chose to oppose the Wilderness Act, heartsick at its compromises with lobbies.

Because he shifted his stance and changed his views in response to new information, Carhart is not an easy subject for a biography. Wolf traces Carhart's twists and turns to show a man whose voice was distinctive and contrary, who spoke from a passionate concern for the land and couldn't be counted on for anything else. Readers of American history and outdoor writing will enjoy this portrait of a historic era in conservation politics and the man who so often eschewed politics in favor of the land and people he loved.